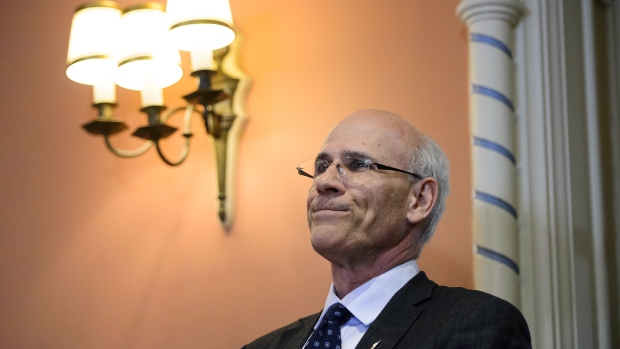 OTTAWA – The former Official of the Private Council of the country says that the last years have shown that the price of entering the political network is increasing.

Michael Wernick, who made headlines during the SNC-Lavalin controversy in part over his explosive testimony about the vile state of political discourse in Canada, said that while he is no longer hidden from domestic threats against politicians, public discourse suggests that he only got worse.

It’s not just about Canada, it happened in the UK, Germany and France just a feature of modern politics. The question is not whether we have that polarization virus, do we have antibodies to do something about it, he said in an interview with CTV News Channels Power Play on Tuesday.

As we continue to have elections, we have had eight in the last 21 years, I would worry that it would be more difficult to attract good people to come and serve the country.

Wernick has written a new book entitled Governance of Canada: A Guide to the Politics Trade, a Guidebook for Cabinet Ministers and Prime Ministers.

The essence of the 200-page book is about how the cabinet government works in this country. We have a unique Canadian model, he said.

Wernick added that he hopes to shed light on what exactly prime ministers and ministers do on a daily basis, having looked closely at cabinet relations.

The former civil servant resigned from his post in 2019, citing recent events that led him to the conclusion that he would not be able to serve as a Private Council official during the upcoming election campaign.

In the open letter to the prime minister, he said that “there is no way for me to have a relationship of mutual trust and respect with the leaders of the opposition parties”, after both the Conservatives and the young Democrats demanded his resignation because of him role in the SNC-Lavalin controversy.

Former Attorney General Jody Wilson-Raybould had named Wernick as one of the top officials she claims was involved in a “sustained effort” to put pressure on her in the SNC-Laval case.

In an appearance before the House justice committee on the matter, Wernick stepped off course, stating his fears for the upcoming election of that time.

I worry about the growing tide of incitement to violence when people use terms like betrayal and traitor in open discourse. These are the words that lead to murder. “I’m worried someone will be shot in this country this year, during the federal campaign, he said in his opening statement.

Asked on Tuesday what is most misunderstood about cartoons within the bureaucracy, Wernick said there is a dynamic relationship between ministers and senior public officials.

Many of the conversations have nothing to do with whether, I do not know, legalizing cannabis or bringing in carbon prices or raising the GST, they are how to get there.

With files from Rachel Aiello of CTV News

The WMO Newsletter is dedicated to the international exchange of data