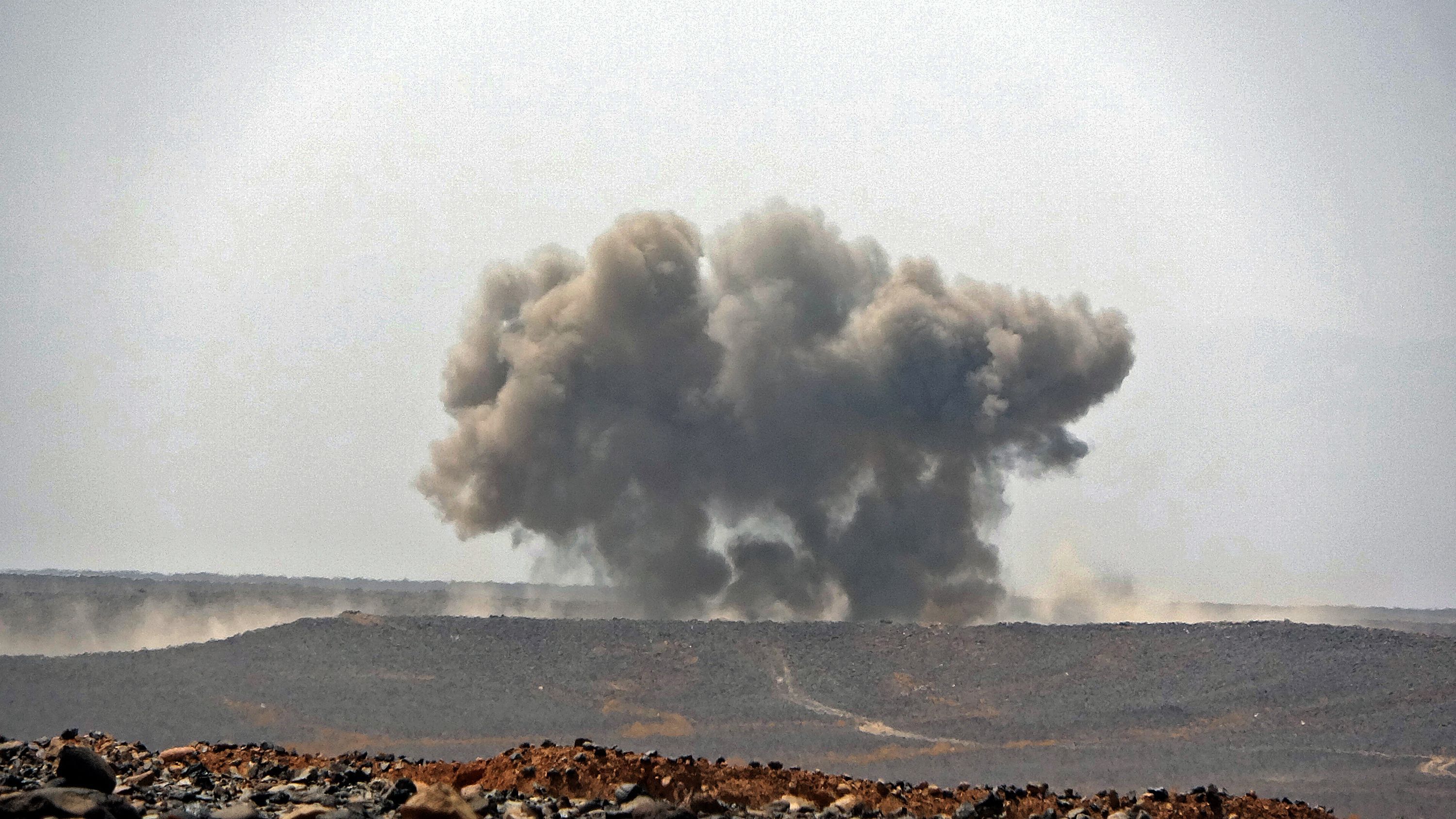 Houthi militias in Yemen have suffered more than 130 casualties during heavy airstrikes by the Saudi air force around the northern city of Marib, the kingdom-led coalition said.

Meanwhile, a Houthi projectile possibly a drone or rocket hit a gas station south of the city, killing dozens of civilians.

Marib, a strategically important shopping mall, is now almost surrounded by Iranian-backed rebels following an offensive that began in February.

The ancient city, which is now the scene of the worst violence during the Seven Years’ War, is located on a network of roads that could give the militants some opportunity to advance further south.

Marib is in an oil-rich area of ​​the country and is home to the oil refinery in Yemen, though it remains to be seen whether the group can use the region’s oil if it captures infrastructure.

The Houthis have deliberately targeted civilian infrastructure with drone strikes and ballistic missiles.

On Wednesday, it was reported that the Houthi shell hit the gas station in Al Jumah.

Dozens of drivers were filling their cars at a gas station owned by Al Hussein bin Ahmed at the Jabal Murad intersection, near the Al Jubah district power station. They were killed when a Houthi rocket hit the station, causing tremendous damage, said Hamza Al Muradi, a resident of Jabal Murad. National.

Many people were killed and others were injured.

Many vehicles were burned by the rocket attack, as well as a grocery store near the station, he added.

The attack came as fighting between Houthi rebels and pro-government troops erupted in the Al Jubah and Al Abdiyah districts in southern Marib on Tuesday.

Clashes erupted as Houthi rebels pushed waves of fighters trying to take control of the center of Al Jubah district as pro-government troops and tribes launched a counterattack and pushed them later Tuesday, a tribal source based in Al Jubah told National.

“Coalition planes launched more than 30 attacks, most of them targeting Houthi rallies in Al Abdiyah, which has been under siege by Houthis for almost three weeks,” the tribal source added.

AbdulHakim Al Qaisi, director of the Government Office for Social Affairs in Marib, said: The rebels have imposed a strict siege around Al Abdiyah since 21 September. They did not allow humanitarian organizations to access the 5,143 families surrounded in the area.

Families in Al Abdiyah are suffering difficult conditions, without basic necessities of life, he said.

Houthi pickup trucks, the working horse of movement fighters, are highly visible from the open, rocky ground air around the city, setting up dust columns as they move from position to position.

We targeted nine military vehicles of the Houthi militia in Abdiya, and their losses exceeded 134 members, said a coalition statement carried out by the official Saudi media.

The airstrikes in the previous days had killed 150 Houthi fighters, said the Saudi-led coalition.

Yemen has been devastated by the seven-year war by putting Houthi rebels against the government, which is backed by a military coalition led by Saudi Arabia.

Rebels invaded the national capital Sanaa in 2014, prompting the Saudi-led intervention to support the government next year.

Tens of thousands have been killed and millions have since been displaced. Many fled to Marib, whose population has risen since the beginning of the war.