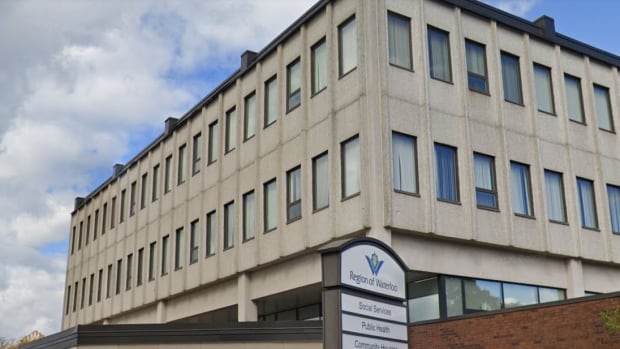 Cambridge City Council has voted to approve a place of consumption and treatment at 150 Main St.in in downtown Galt.

That location was not one of the two proposed sites 15 Easton St. and 8 Oxford St. that councilors were set to discuss at a meeting Tuesday evening. The report showed that a large majority of people who responded to a survey about the two countries opposed a place of consumption and treatment (CTS) in the city.

Reid thanked all the people who spoke to the council, wrote letters to the council and responded to a survey about possible places.

“As I read the emails in the report, I was struck by the absolute fear that came from some. The fear that has paralyzed their thoughts. The fear that Cambridge will change in a way they can not obey. The fear that the council will take a decision that will negatively affect them and their families, “Reid said.

“Knowledge is powerful and I encourage you all to look for information on sites in Guelph, Kitchener, London and Hamilton … Lack of knowledge and fear are the two most obvious reasons residents oppose a CTS.”

A third reason, Reid said, is that a CTS does not fit people’s political ideologies and they do not support services in general.

“I do not believe a political decision is appropriate for this health issue,” Reid said.

Failure to approve the site damages the reputation of the city: Councilor

Advisor. Pam Wolf said she had turned to experts in the field to find out if a place of consumption and treatment is needed in the city and those experts said the city needs one.

She said the numbers from Kitchener’s consumption and treatment site show that it helps people, including directing people to healthcare and mental health services.

“Cambridge is a compassionate city that cares about all of our citizens. When we continue to push the CTS decision while our neighboring cities report success, we damage our reputation as a cautious, progressive city,” Wolf said.

Advisor. Scott Hamilton said he went to the CTSlast Kitchener on Thursday night to check out the site for himself and talk to staff. Staff said they could not do a tour due to privacy, but they answered his questions, Hamilton said.

“The most interesting thing, two users or clients of the site heard what I was saying and called me and said, ‘Hey, why don’t you want one of these?’ “” Said Hamilton, adding that he talked to people, a young woman, for about 20 minutes. “I would say they were completely autonomous … they were rational, they were polite, they were sensitive and sometimes they were funny too.”

The young woman, he said, was afraid of dying and she told him that was why she used the site.

‘I can support this, reluctantly’: Counselor. Devine

Advisor. Mike Devine said “if we have to have one in town” he would prefer the 150 Main St. because he was not interested in the other two countries but he said the site should come with final services.

“We need some good referral services,” Devine said. “I can support this, reluctantly, I can support it, but I think it is probably the wisest choice, to be honest with you.”

Advisor. Jan Liggett said the council was sending a message to the community that the consultation meant nothing.

“We spent all this money, all this time. We promised the public that their voices would be heard, but now that you do not like what they have to say because you do not like their comments or anything else, you are saying it does not matter, “she said.

Liggett accused her fellow counselors of discussing the consumption and treatment site in the phone calls and said she was not involved in it.

Wolf called a point of order saying Liggett’s language was disrespectful to the council and Liggett argued with Mayor Kathryn McGarry before Liggettleft met.

Advisor. Nicholas Ermetasaid he was “uncomfortable” to have a place of consumption and treatment in the city.

“I still believe that Guelph and Kitchener are very premature, that we have not seen the long-term implications,” he said.

“I also believe that our central center is now very fragile, on the verge of exciting change and has a lot of strong potential; however, I am concerned about the impact this will have on the city center.”

He filed a motion to postpone the decision, which did not pass.

Not popular but ‘right’ decision: Mayor

Mayor Kathryn McGarry told the council about an experience last week where she spoke with two women near 150 Main Street and they had both smoked before.

“The women were clearly in anxiety,” McGarry said. She told counselors she went all the way to the abandonment center at 150 Main St. and one of the women told him that they had drunk fentanyl in that place because they did not want to die and knew that someone would save them if they exaggerated with this location.

McGarry said an employee from the abandonment came out and told her that a place of consumption and treatment was needed at 150 Main St. because people were already using drugs there.

“Like seat belts and vaccines, CTSs are not known, but the evidence is clear. A Cambridge CTS site will save lives,” she said.

“Many of the final services are already in the 150 Main St Building. Politically, this is not an easy process and it is not an easy decision, but it is the right one,” McGarry added.

“Sometimes as a leader, you have to do the unpopular thing because it’s the right thing to do. I refuse to postpone this decision anymore. I refuse to allow more people to die unnecessarily.”

The council voted 7-1 in favor of Reid’s motion. Ermeta was the only vote against. Liggett did not return to the polls.