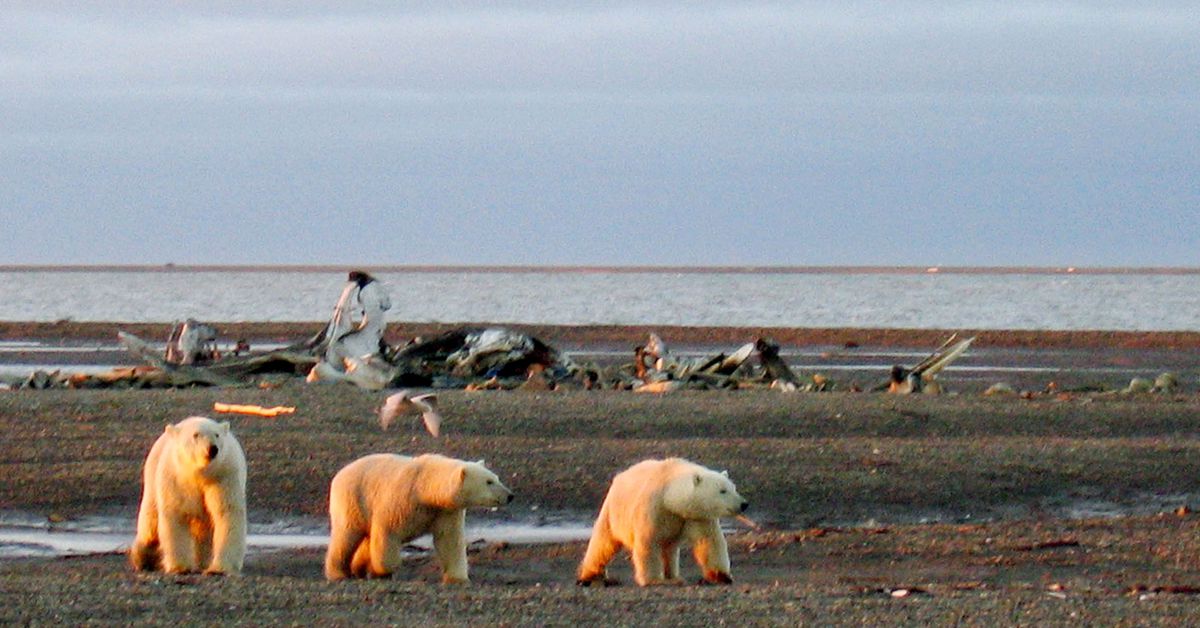 Three polar bears have been spotted on the shores of the Beaufort Sea within the 1002 Arctic National Wildlife Area in this undated photo provided by the Alaska Fish and Wildlife Service Library on December 21, 2005. REUTERS / HANDOUT / USA Fish and Wildlife Alaska Image Library Service

October 13 (Reuters) – The European Union will demand a ban on the use of new oil, coal and gas deposits in the Arctic to protect a region severely affected by climate change, according to a proposal for the new strategy of the Arctic bloc. published Wednesday.

The European Commission proposal reflects the EU’s efforts to increase its role on the global stage, although it has limited influence in the Arctic. It is not a member of the Arctic Council, the regional coordinating body, although three of its member states – Denmark, Finland and Sweden – are.

“The EU is committed to ensuring that oil, coal and gas remain on the ground, including in the Arctic regions,” said the EU executive’s proposal, while acknowledging that the bloc itself still imports oil and gas extracted in region.

“To this end, the Commission will work with partners towards a multilateral legal obligation not to allow any further development of hydrocarbon reserves in the Arctic or neighboring regions, nor to purchase such hydrocarbons if they were to be produced.”

Russian President Vladimir Putin, whose country is one of the world’s largest oil and gas exporters and drills fossil fuels in the Arctic, said Moscow would eventually benefit from such a ban because of rising prices.

“If such decisions lead to a certain price volatility, (Russia’s economy) will not suffer so much. This is because we will reduce production, but we will get the prices we want,” Putin told an energy conference. in Moscow.

The Arctic is one of the regions most affected by climate change. It has warmed three times faster than the planet over the past 50 years, causing the ice covering the land and sea to melt, sea levels to rise, and perpetual frost to melt.

The EU also aims to step up research into the effects of permanent frost melting, which could endanger oil fields and threaten to release greenhouse gases, as well as dangerous microbes trapped in frozen soil. .

“Over 70% of the Arctic infrastructure and 45% of the oil extraction fields are built on permafrost,” said the document, which has yet to be approved by the 27 EU member states.

Possible mitigation measures could include developing methods for local cooling and stabilization and introducing stricter construction standards, the commission said.

He also suggested setting up a monitoring and early warning system to detect microbes such as anthrax released from the thawing soil.

The Arctic Council includes Canada, Iceland, Norway, Russia and the United States, as well as three EU countries, along with six indigenous organizations, and acts as a forum for cooperation. The EU has applied for observer status.

To increase its regional presence, the EU plans to open an office in Greenland’s capital, Nuuk, as the United States did last year.