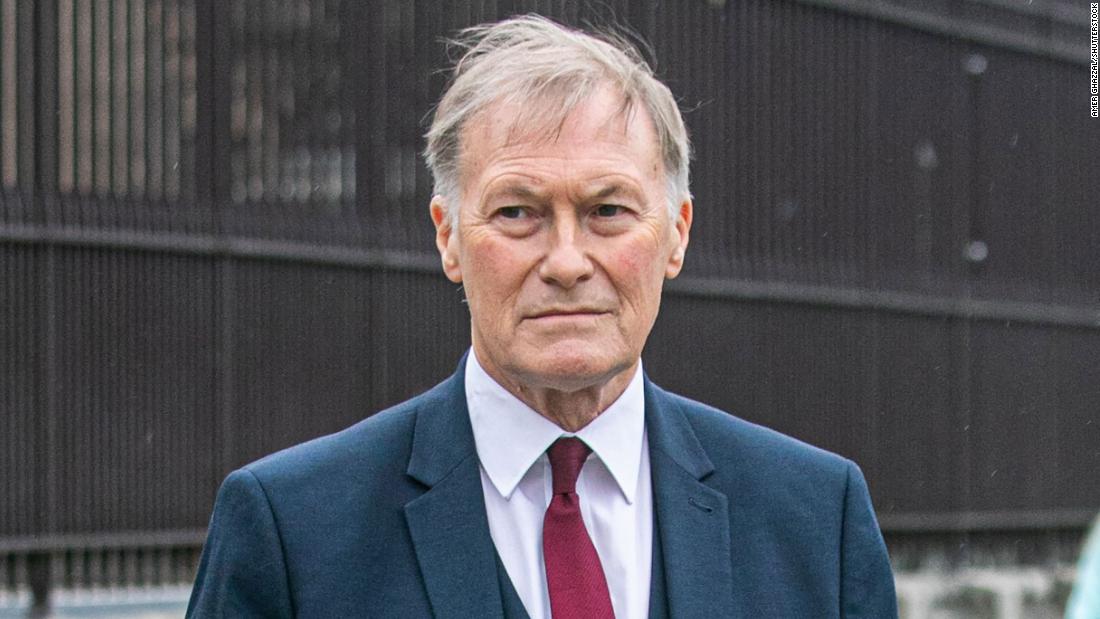 Amess, 69, an MP representing Southend West in Essex, was stabbed around noon by a man who entered a meeting with voters from his constituency being held at a Methodist church in Leigh-on-Sea, a witness in told the scene to Reuters.

“He was treated by the emergency services but, unfortunately, died at the scene,” Essex police said.

“A 25-year-old man was arrested shortly after officers arrived at the scene on suspicion of murder and a knife was found.”

Aerial footage showed numerous police officers outside the church and an air ambulance at the scene. A large cordon lay on Eastwood Street, where the church is located, with members of the public gathering behind it and numerous side streets closed.

The incident marks the second assassination of a British lawmaker in office in five years, after Labor MP Jo Cox was killed in her constituency in 2016.

Politicians were stunned by the murder

The stabbing of Amess was met with shock across the political spectrum of Britain. The leader of the main opposition Labor Party, Keir Starmer, wrote on Twitter: “Terrible and deeply shocking news. Thinking about David, his family and his staff.”

Former Prime Minister David Cameron said Amess was “a kind and completely worthy man” and “the most dedicated MP you can hope to meet”.

“Words cannot adequately express the horror of what has happened today. Right now, my heart goes out to David’s family,” Cameron said. Cameron’s successor Theresa May added that the news was “heartbreaking” and “a tragic day for our democracy”.

She described Amess as “a good man and a respected parliamentarian, killed in his community while performing his public duties”.

Flags outside Parliament were lowered to half the staff after his death.

Carrie Johnson, Boris Johnson’s wife, wrote on Twitter that Amess “was extremely polite and kind. A great animal lover and a true genius. This is completely unfair. Thoughts are with his wife and their children. . “

London Mayor Sadiq Khan called Amess “a great public servant” who “wanted to be an MP”. Sajid Javid, the UK Secretary of Health, called him “a great man, a great friend and a great MP killed while fulfilling his democratic role”.

Amess entered Parliament in 1983, initially representing the Basildon constituency. He has served consistently in the House of Commons ever since, making him one of the longest-serving lawmakers in the chamber.

Amess was named knight in 2015 for his political service. He supported Britain’s exit from the European Union and his main areas of expertise were animal welfare and pro-life issues, according to a biography on his website.

He was married and had five children.

The second lawmaker killed in Britain in five years

Within the political bubble of Britain and beyond, the assassination erased painful memories of the shocking murder of Jo Cox five years ago.

The incident shocked the nation and led to calls for lawmakers to seek personal protection when in public — a feeling that resurfaced Friday after Amess’s death.

“All elected representatives should be able to do their job without fear of physical or verbal attacks,” Amess’s colleague, Conservative MP Eleanor Laing, said in a tweet Friday after being stabbed. “What happened to Sir David Amess today in Essex is unforgivable.”

Amess was not considered a controversial politician, and despite the length of his tenure, he was not a widely known political figure in the UK.

In a book she wrote last year about being an MP, Amess said Cox’s assassination was “completely unexpected” and that the event had changed the way MPs interact with members of the public, particularly in relation to area operations.

“These growing attacks have shattered the great British tradition of people meeting openly with their elected politicians,” he wrote.

“I myself have experienced distress over the years from a strange member of the general public on my property. We regularly check our locks,” Amess added.

MPs in Britain usually meet with residents in their constituencies face to face during “operations”, and it is unusual for them to have a security detail.

Cox widow Brendan Cox wrote that the news “brings everything back”.

“My thoughts and love are with David’s family. It’s all that matters now. It brings everything back. The pain, the loss, but also how much love the public gave us after the loss of No I hope we can do the same David now, “he said on Twitter.

Cox was assassinated by a man with extreme right-wing views, just days before the UK’s hot referendum on leaving the European Union. That campaign and its aftermath raised the temperature of political discourse in the country, and some politicians have since spoken out about taking abuses in person and online.

“This angry and violent behavior can not be tolerated in politics or any other way of life,” said Iain Duncan Smith, a former leader of the Amess Conservative Party, after being stabbed.