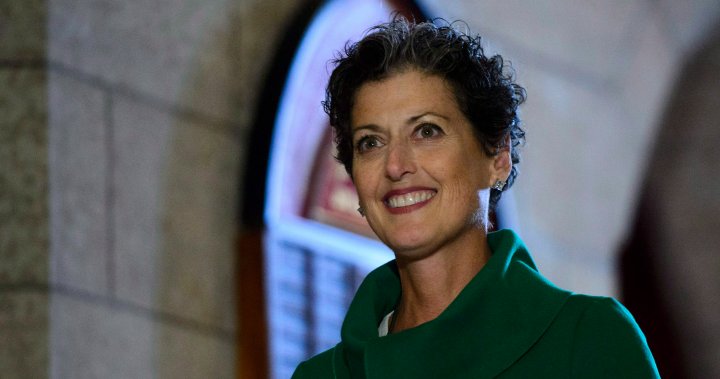 Senator Jose Forest-Niesing has died at the age of 56, just a week after being released from hospital where he was battling COVID-19.

The senator, who was fully vaccinated against the virus, was hospitalized due to complications from COVID-19 in October. An autoimmune condition affecting her lungs had made her particularly vulnerable to the pandemic, her office said in a statement last week.

Vaccines against COVID-19 are now mandatory for Senate staff, visitors

The development was confirmed in an email sent to the senators and their staff on Saturday, which Global News received.

“It is with great sadness that I inform you that the honorable Jose Forest-Niesing has passed away,” reads the email.

“A proud Franco-Ontarian, Senator Forest-Niesing has represented the province of Ontario in the Senate since October 11, 2018.”

Forest-Niesing also had a “long and distinguished career as a lawyer in her hometown, Sudbury,” the email added.

“Senator Forest-Niesing has contributed to her community as a member and chair of numerous governing boards and she will be remembered as an ardent and passionate advocate of access to justice in both official languages,” the statement said.

“Further details regarding a funeral or memorial service will be forwarded as soon as they are available.”

Forest-Niesing was released from the hospital on November 14 to “pursue her recovery” along with “family and loved ones”.

“She predicts a recovery period somewhat different from other COVID-19 patients due to her medical history of lung problems,” a statement from her office at the time said.

The senator had struggled with autoimmune condition for more than 15 years, according to the statement, which meant she had a “recovery period somewhat different from other COVID-19 patients.”

In the statement, Forest-Niesing also made a point to clarify “the facts about its vaccination”.

“The senator is considered particularly vulnerable to the pandemic because of a pre-existing condition,” it said.

“She therefore took the two doses of the vaccine as soon as possible, warning, however, that the effectiveness of the vaccine would be reduced due to her medical condition and that she would have to take additional precautions.”

He added that she fell victim to the virus “despite her vigilance”.

“Senator Forest-Niesing would like to remind all Canadians of the importance of vaccination and remains convinced that her fight would have been much different had it not been for this protection,” the statement said.

Tributes began to circulate online shortly after the news was published.

Prime Minister Justin Trudeau said in a statement: “I am saddened to learn today of the passing away of Jose Forest-Niesing, the senator for Ontario.”

“Throughout her life, Senator Forest-Niesing passionately defended and promoted access to justice and public services in both official languages ​​as well as sign language, including indigenous communities,” he said.

“On behalf of the Government of Canada, Sophie and I extend our deepest condolences to the family, friends and colleagues of Senator Forest-Niesing, a dedicated public servant and champion of minority language communities.

Senator Paula Simons wrote on Twitter that the Senate lost “a remarkable colleague and Canadian, the brilliant and beautiful Jose Forest-Niesing.”

“Sharp, graceful, a passionate champion of Franco-Ontario and of human rights and social justice, she brought intellectual rigor and compassion to every debate,” Simons wrote.

“She was a talented senator and a wonderful human being. We swore together as part of the same group of nominees and our whole group was warmed by her charm, her humor and her fierce intelligence. ”

We in the Senate have lost a prominent colleague and Canadian, the brilliant and handsome Jose Forest-Niesing. Sharp, graceful, a passionate champion of Franco-Ontario and of human rights and social justice, she brought intellectual rigor and compassion to every debate. pic.twitter.com/BBzDGPW6L2

“A proud defender of Franco-Ontario and passionate about access to justice in both official languages. “I wish to express the most sincere condolences to her loved ones”, he wrote in a tweet.

Forest-Niesing had a demeanor “that could illuminate any room” and “the intelligence to illuminate it as well,” wrote Sen. Yuen Pau Woo.

“An immeasurable loss to the family, the community, the Senate and Canada. “Jose was such a great and kind colleague,” added Sen. Colin Deacon.

“She was a believable brilliant, sharp, polite and thoughtful. Please be relentless in your efforts to prevent the spread of COVID-19. ”