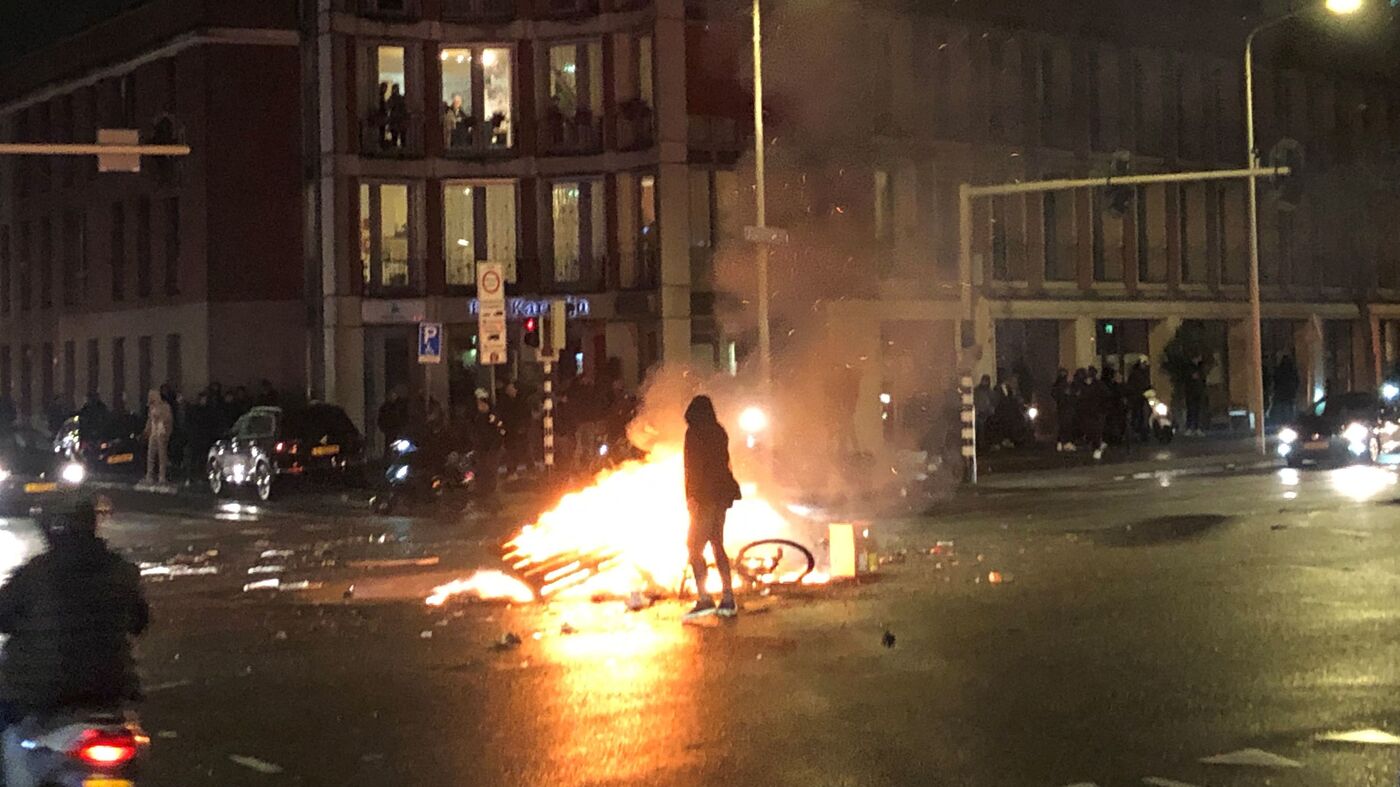 A man walks in front of a fire on a street in The Hague during a demonstration against the Dutch government measures for the coronavirus on November 20, 2021.

A man walks in front of a fire on a street in The Hague during a demonstration against the Dutch government measures for the coronavirus on November 20, 2021.

The resurgence of COVID-19 restrictions in a number of countries has resulted in protests, with several demonstrations turning violent and leading to dozens of arrests.

On Saturday night, the Netherlands saw protests in The Hague, with demonstrators setting fires across the area, destroying property and hitting officers with stones and fireworks, according to police. The outage lasted until about 1 a.m. and police arrested 19 people before nightfall.

That demonstration also ended with five officers injured, according to Associated Press. One officer suffered a knee injury as well as a concussion, and others suffered hearing damage, police said in Tweet.

Other COVID-related protests also took place across the Netherlands on Saturday, including in the cities of Amsterdam, Breda and Katwijk. In Alkmaar and Almelo, fans erupted in two football matches, challenging recently blocking orders, reported AP.

The protests followed a chaotic night in Rotterdam

The night before, protests erupted in the Dutch city of Rotterdam with hundreds in attendance. Protesters allegedly threw stones at officers patrolling the scene, in addition to lighting fireworks. according to local authorities. As events went awry, authorities issued an emergency order and tried to clear the area using a water cannon, officials said. Some of those present are suspected of setting fire to police cars and damaging property.

The protests came in response to a partial three-week blockade announced last weekend following an increase in COVID-19 cases.

Ahmed Aboutaleb, the mayor of Rotterdam, said police “felt it necessary to draw their weapons to protect themselves”, according to an Associated Press report. Three protesters were shot and are currently being treated at a hospital, police said in a statement. Authorities also claimed that they initially fired warning shots and that officers were also injured; one had to be hospitalized for a leg injury and another had to be treated by a doctor.

Police arrested 51 people Friday on charges including public assault, incitement and violation of an emergency order, and about half of those detained were minors, authorities said.

“The riots and the extreme violence against police officers, riot police and firefighters last night in Rotterdam are disgusting to see,” he said in a statement to the Associated Press. He added, “Protest is a great right in our society, but what we saw last night is just criminal behavior. It has nothing to do with demonstration.”

Thousands of protesters against the Pandemic Legislation being introduced in the Victorian Parliament are seen with banners and flags in Flagstaff Gardens on November 20, 2021 in Melbourne, Australia.

Thousands of protesters against the Pandemic Legislation being introduced in the Victorian Parliament are seen with banners and flags in Flagstaff Gardens on November 20, 2021 in Melbourne, Australia.

Frustration has been created in parts of Europe

The protests in the Netherlands are reminiscent of what is happening in many other countries across Europe in recent days. In Austria, citizens have protested against the government’s recent decision to impose a nationwide blockade starting Monday, as well as plans to make vaccinations mandatory in February.

Thousands of people joined a demonstration in Vienna on Saturday, with about 35,000 people gathered in the city’s Heroes’ Square. Guardian reports.

A few days ago, hundreds of protesters had gathered outside the Austrian embassy in France, according to Reuters. Meanwhile, on the island of Guadeloupe, a French territory, rebels set fire to streets, shot at police, destroyed property and looted business premises, prompting French officials to deploy about 50 members of their special forces to help restore order. the island, according to an Al Jazeera report.

In Belgium the police estimated that about 35,000 people gathered for a protest Sunday near a train station in Brussels. The events became feverish, however, with protesters throwing objects at officers and police using water cannons and tear gas on the crowd. political reports. Italy and Croatia have also been the site of demonstrations over COVID restrictions, and in Melbourne, Australia, heated protests against vaccine mandates are entering their second day.

Officials are warning of a new rise in deaths

Amid the backlash, some health officials are concerned that many countries need to prepare for more COVID-related deaths. Dr. Hans Henri P. Kluge, regional director of the World Health Organization for Europe, said earlier this month that Europe and Central Asia are again “at the epicenter” of the COVID-19 pandemic. He warned that failure to act could result in half a million deaths by early next year.

“We are at another critical point in the resurgence of the pandemic. Europe has become the epicenter of the pandemic, where we were a year ago,” Kluge warned. “The difference today is that we know more and can do more. We have more tools and means to mitigate and reduce the damage to our communities and society.”

Kremlin reminds Erdogan that center of Turan world is in Russia