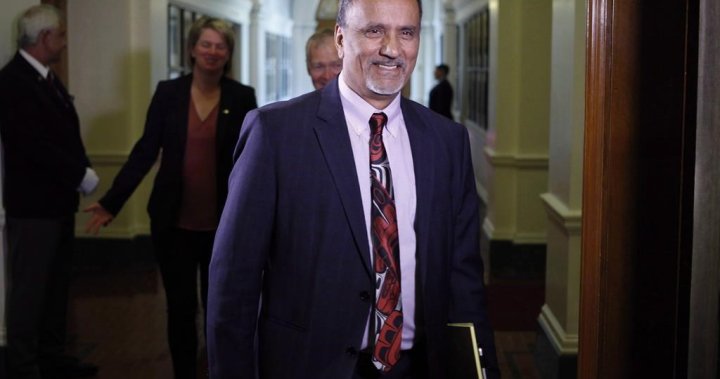 All workers in BC will be entitled to five days sick pay from January 1, the province announced on Wednesday. Businesses will be legally required to provide working days to their employees.

Starting in the new year, workers will no longer lose their paycheck to make the responsible choice to take a sick day, Prime Minister John Horgan said.

In May, the province granted all workers up to three days of paid medical leave to support those affected by COVID-19 through 31 December.

At the time, Labor Minister Harry Bains said the number of sick days under a permanent program would be determined through consultation.

The UN Labor Federation defended the 10-day break, arguing that other OECD countries like Australia, New Zealand and Sweden meet that bar or exceed it.

The Horgan government was in place for five days after assessing the impact of the province’s three-day interim program.

About half of BC employees do not have access to paid medical leave.

Over a two-month period at the height of the pandemic, workplace outbreaks led to the closure of nearly 200 businesses in the Fraser Health region alone.

An evaluation of the interim program, which allowed patients for any symptoms of COVID-19, found that most workers did not need additional days of illness over what had already been given.

How much paid medical leave should be offered in BC? Residents can weigh up to Monday

One study also found that 98 percent of businesses felt that workers did not abuse their paid medical leave program.

Feedback from jobs that already offer paid medical leave found that most workers take from zero to five days of medical leave each year.

Many of the people who miss paid medical leave are the same workers we depended on most during the pandemic, Bains said.

Lower-wage workers who help us get groceries, prepare food in restaurants, and make sure we have the services we need deserve basic protection like paid medical leave.

The president of the Canadian Federation of Independent Business (CFIB), Dan Kelly, says the BC government decision to implement five days of permanent paid illness days is deafening to the realities faced by small businesses.

The latest CFIB survey results show that local businesses are unable to afford this new program set to take effect with only 38 days notice on 1 January 2022.

“We are disappointed that the UN government has not acknowledged or taken into account the challenges and realities that small business is facing, and we call on the government to immediately offset these new costs,” Kelly said.

“All of this comes at a time when BC’s average small business holds $ 129,348 in COVID-19-related debt and estimates it will take about 21 months to fully recover from the effects of the pandemic.”

On the other hand, key working groups are saying the measures are not going far enough.

The UN Labor Federation advocated for at least 10 paid sick days a year.

This is an important achievement for public health and safer jobs, said BC President Laird Cronk.

But they were disappointed that it is only half the 10-day standard that science supports and that is the overwhelming preference of British Columbians.

The BC government said it also made the decision given the small businesses, given that businesses will take the cost as many faced the impacts of COVID-19.

The province looked at compulsory paid medical leave jurisdictions, including Australia, New Zealand and some European countries, and said experience there showed the cost increase for most employers was less than expected.

The five days will be the most offered by any provincial government. Quebec offers two days and Prince Edward Island offers one.

The federal government has mandated 10 days of medical leave for all workers in federally regulated workplaces and has promised to pass that legislation by the end of the year.

– With files from Simon Little and The Canadian Press

Abbotsford, BC issues “do not use” water tips for cutting flooded Sumas