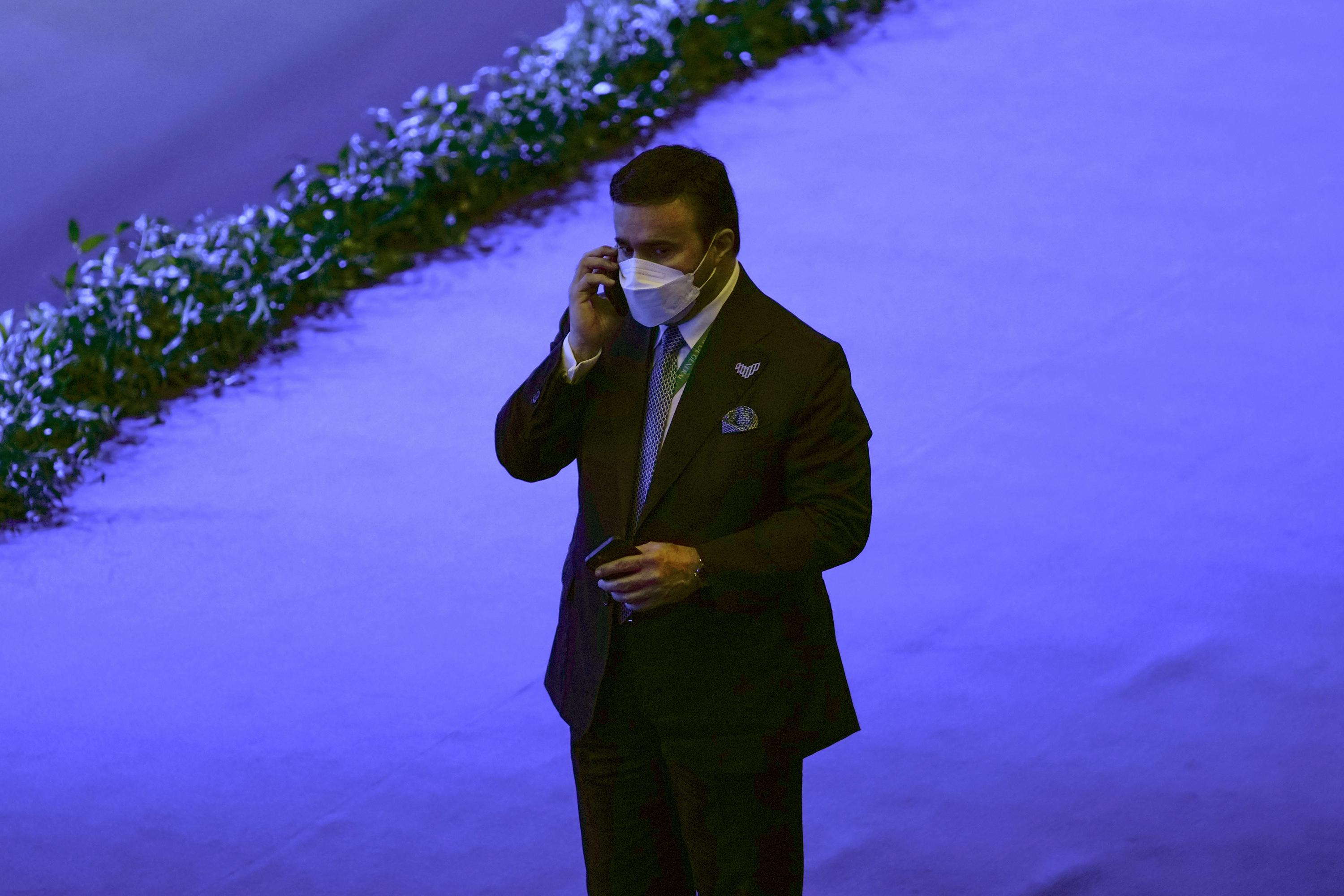 ISTANBUL (AP) Interpol on Thursday elected a controversial official from the United Arab Emirates as the new president during the annual General Assembly of international law enforcement bodies held in Istanbul.

Major General Ahmed Naser al-Raisi, inspector general at the UAE interior ministry and member of the Interpol executive committee, was elected for a four-year term, the global police body announced. He has been accused by human rights groups of involvement in torture and arbitrary detentions in the UAE.

Another controversial candidate, Hu Binchen, an official in China’s Ministry of Public Security, was chosen to join the Interpol executive committee as a delegate from Asia. Hu was backed by the Chinese government, which is suspected of using the global police body to prosecute exiled dissidents and the disappearance of its citizens.

Interpol said al-Raisi was elected after three rounds of voting and received 68.9% of the votes cast in the final round.

It is an honor to have been chosen to serve as the next president of Interpol, the global police agency quoted al-Raisi as saying.

Interpol is an indispensable organization built on the strength of its partnerships. It is this spirit of cooperation, united in mission, that I will continue to foster as we work to make the world a safer place for people and communities, ”he said.

The presidential vote has been closely followed since the body’s first Chinese president, Meng Hongwei, disappeared in the middle of his four-year term on a return trip to China in 2018. It later emerged that he had been arrested and charged with bribery and other alleged crimes.

Al-Raisi is accused of torture and has criminal charges against him in five countries, including France, where he has Interpol headquarters, and Turkey, where elections were held.

His election was greeted with joy in the UAE, but drew angry reactions from two Britons who filed complaints.

This is a sad day for international justice and global policing, said Matthew Hedges, a British doctoral student who was jailed in the UAE for nearly seven months in 2018 on espionage charges. Hedges says he was subjected to torture and months of isolation.

Ali Issa Ahmad, a football fan who says he was tortured by the UAE security agency during the 2019 Asian Cup football tournament, said: I will not stop my fight for justice for the torture and abuse I suffered under the observation of Al-Raisis. I hope Interpol does not allow him to abuse any other person.

Their lawyer, Rodney Dixon, said his clients would redouble their efforts to seek justice for their torture and to prosecute General al-Raisi in national courts wherever he travels to his new position.

Hedges was pardoned by UAE President Sheikh Khalifa bin Zayed Al Nahyan, but Emirati officials still insist that Hedges was spying for the British intelligence agency MI6, without providing conclusive evidence to support their claims. He, his family and British diplomats have repeatedly denied the allegations.

The Inter-Parliamentary Alliance for China, which regroups lawmakers from around the world, expressed concern about Hus’s election to the Interpol executive committee, saying it gives China a green light to continue using Interpol as a tool for its repressive policies. There was no immediate comment from Beijing.

In the UAE, now hosting the World Expo 2020 in Dubai and marking the 50th anniversary of its founding, Emirati officials celebrated the selection of al-Raisis. Interior Minister Saif bin Zayed Al Nahyan said this shows the world’s trust in the UAE.

Al-Raisi praised the leaders of the UAE, saying that with their guidance and expertise, the UAE has become one of the safest countries in the world. He pledged to modernize Interpol technology, promote women and meet new challenges such as climate change and the coronavirus pandemic.

I will also continue to reaffirm an essential principle of our profession that police abuse or ill-treatment of any kind is disgusting and intolerable, he said in a statement on his website. The credibility and position of Interpol and the implementation of global law is our most important asset.

Al-Raisi traveled around the world to meet lawmakers and government officials as part of his election campaign, boasting academic degrees from the UK and US and years of police experience.

Sayed Ahmed Alwadaei, an activist at the Bahrain Institute for Rights and Democracy, warned that al-Raisi’s election marked the beginning of a dangerous era, with authoritarian regimes now able to dictate international police.

No one is safe from the abuse of Interpol and authoritarian regimes, Alwadaei said in a statement.

Al-Raisi replaces Kim Jong Yan of South Korea, a vice president who was swiftly elected as a replacement to serve the rest of Mengs’s term.

Although the Secretary General of Interpol runs Interpol on a daily basis, the president plays a role in overseeing the work of the police and in directing its overall management. The President chairs the general assemblies of Interpol and the meetings of its Executive Committee.

The post of general secretary is currently held by Juergen Stock of Germany.

About 470 police chiefs, ministers and other representatives from more than 160 countries attended the three-day meeting. Each participating country has one vote.

China criticizes US for blacklisting Chinese companies for trade