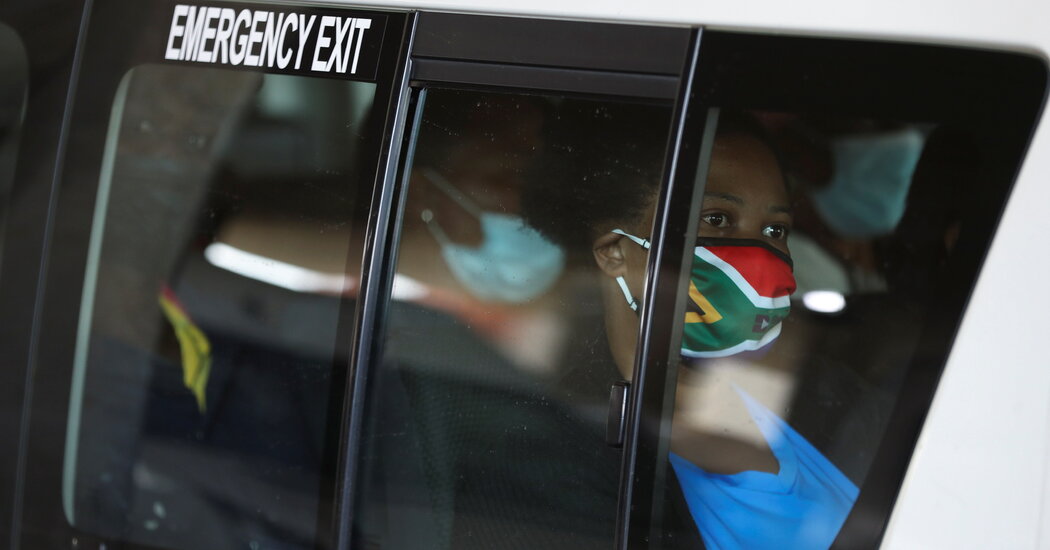 A number of countries, including Britain, Israel, Italy and Singapore, were moving on Friday to restrict travel from South Africa and other countries in the region, a day after South African authorities identified a troubling new variant of the coronavirus with mutations that one scientist said marked a jump in evolution.

In the past, governments have taken days, weeks, or months to issue travel restrictions in response to new variants. This time, the restrictions came within hours of the announcement of South Africa and hours before health officials from the country were scheduled to discuss the option with the World Health Organization.

Britain and Israel announced a ban on flights from South Africa and several neighboring countries on Thursday, citing the threat of the new variant. The flight ban in Britain applies to six countries South Africa, Botswana, Eswatini, Lesotho, Namibia and Zimbabwe and starts at noon local time on Friday.

Governments of Italy, Malta AND Singapore announced on Friday that they would impose similar restrictions. Markets were declining in Japan in response to the discovery of variants, and officials in Australia and in New Zeland said they were watching him closely.

Our scientists are at work to study the new variant B.1.1.529, said in a statement the Italian Minister of Health, Roberto Speranza, using the variants scientific name. Meanwhile we make careful mistakes.

Ursula von der Leyen, president of the European Union executive wing, also said in a Twitter post Friday morning that she would propose air travel restrictions to European countries from South Africa due to concerns about the variant.

In the last two days, scientists discovered the variant after observing an increase in infections in the economic center of South Africa surrounding Johannesburg. So far only a few dozen cases have been identified in South Africa, Hong Kong, Israel and Botswana.

A number of variants have appeared since the beginning of the pandemic. A fundamental concern about them is whether they will hinder the fight against the virus or limit the effectiveness of vaccines. South African scientists will meet with the World Health Organization technical team on Friday to discuss the new variant, and authorities will assign it a letter of the Greek alphabet.

In one declaration posted on a government website on Friday, South Africa said it would ask Britain to reconsider its travel restrictions, saying: The UK decision to temporarily ban South Africans from entering the UK appears to have been hasty, as even the World Health Organization has not yet done so. advise on the next steps.

In December last year, South Africa was the first country to report the release of the Beta variant, which has now spread to nearly 70 countries. Scientists have been concerned that some clinical trials have shown that vaccines offer less protection against the Beta variant. Since then, the most virulent and aggressive Delta variant has spread all over the world and is believed to be driving the recent increase in cases.

With over 1200 new infections, the daily infection rate in South Africa is much lower than that in Germany, where new cases are fueling a wave. However, the density of mutations in this new variant raises fears that it may be highly contagious, prompting scientists to sound the alarm early.

This variant surprised us that there is a big leap in evolution, much more mutations than we expected, especially after a very heavy third Delta wave, said Tulio de Oliveira, director of the KwaZulu Sequence Research and Innovation Platform. Natal.