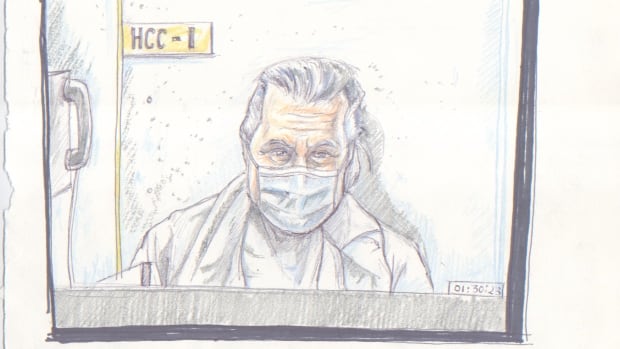 Former fashion mogul Peter Nygard will return to court Friday morning to apply for parole on charges of sexual assault and forced isolation in Toronto.

Nygard, 80, has been in custody since he was arrested at a Winnipeg home last December on separate charges of sex trafficking and conspiracy blackmail in the United States.

The allegations relate to “the decades-old pattern of criminal behavior involving at least dozens of victims in the United States, the Bahamas and Canada, among other countries,” the U.S. said. New York Southern District Attorney’s Office.

The arrest warrant in Winnipeg was requested by the FBI, which raided the Nygard offices in New York and Los Angeles in February 2020.

Then, on October 1, Toronto police issued an arrest warrant for Nygard on charges of sexual assault and forced isolation in connection with incidents allegedly occurring in the city from the mid-1980s to the mid-2000s.

Nygard was sent from Winnipeg to Toronto in late October to appear in court on those charges.

During the brief hearing in late October, the court heard that they also included various women with whom Nygard was ordered to have no contact and whose identities were placed under a publication ban.

His parole hearing on the Toronto charges was scheduled to take place two weeks ago, but it was postponed to November 26.

On the same day that the Toronto indictments were announced, Nygard signed a consent form agreeing to bypass the extradition trial for the charges in the United States and pass it directly to ministerial review by Justice Minister David Lametti.

The federal Department of Justice has said it will be up to the minister to decide whether Nygard’s extradition will await the outcome of the Canadian allegations. Lametti’s decision on the matter is still pending.

Nygard tried unsuccessfully to obtain parole as part of the extradition process after a judge said she was not satisfied that the parole plan presented by his defense attorneys would ensure that he did not contact witnesses. or others to contact them.

He appealed and lost. In September, the Supreme Court of Canada rejected his request to hear his case.

The charges against Nygard in Toronto are the first against him in Canada.

Winnipeg police have investigated eight complaints from women about Nygard. These files were sent to prosecutors for review last December.

A Manitoba justice spokesman said in September that they were reviewing the files, but did not say whether charges would be filed.

In February 2020, a collective lawsuit was filed in New York accusing Nygard of rape, sexual assault and human trafficking, with several charges going back to 1977.

This lawsuit has been suspended until the criminal case against Nygard is over.

Nygard is the founder of the women’s clothing company Nygard International, which filed for bankruptcy in 2020.

None of the charges against Nygard have been proven in court and he has maintained his innocence throughout the trial.