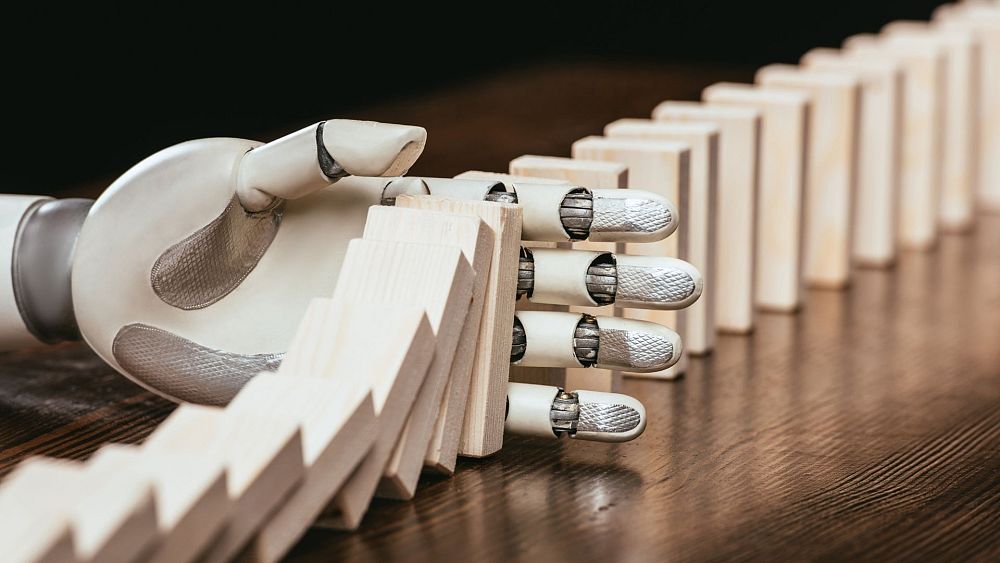 Artificial intelligence (AI) is supporting government decision-making, can help tackle global issues like climate change, and give us personalized recommendations.

But the UN agency UNESCO also warns that technology is bringing challenges, such as gender and ethnic prejudice, as well as threats to privacy.

Because of this, 193 UNESCO member states approved the first global agreement on the ethics of artificial intelligence on Thursday.

This is “the first global ethical framework for the use of artificial intelligence,” said Audrey Azoulay, UNESCO Director-General.

“AI technologies can be a great service to humanity” and “all countries can benefit from them,” but “they also raise fundamental ethical concerns,” the 28-page recommendation said.

There is a “need to ensure the transparency and understanding of the operation of the algorithms and data from which they are trained” because they may affect “human rights and fundamental freedoms, gender equality and democracy”, the Paris-based international organization . declared.

Since the millennium, AI has gradually entered our lives: it decides what news we read on our phones, which movies are recommended to us on broadcast services, or which routes GPS will take us to.

But algorithms have also posed risks such as unreliable AI technologies used for law enforcement and mass surveillance.

A group of experts was set up in March 2020 to develop a draft recommendation on AI ethics.

The purpose of the text is to “provide a responsible direction for AI technologies”.

“We see rising gender and ethnic prejudices, significant threats to privacy, dignity and agency, the dangers of mass surveillance and the increasing use of unreliable AI technologies in law enforcement, to name a few. So far, no “there were universal standards to provide an answer to these questions,” said a UNESCO statement.

In recent years, Meta (officially known as Facebook) has been at the center of several scandals. The now-closed British political consulting firm Cambridge Analytica has been accused of misusing the US giant’s data to politically influence the UK referendum and the election of Donald Trump to the US.

In light of this, the adopted text aims to guide the construction of the necessary legal infrastructure to ensure the ethical development of this technology.

“The AI ​​Ethics Recommendation is a key response. It sets out the first global normative framework by giving states the responsibility to implement it at their level. UNESCO will support its 193 member states in implementing it and require them to report regularly on progress and practices ”.

It is not a legal entity

One drawback of the deal is that it imposes nothing on companies that actively use artificial intelligence, particularly US Internet giants Google, Amazon, Facebook and Apple.

David Leslie, a researcher at the Alan Turing Institute for Science and AI, however saw it as “a step in the right direction”. He believes that other international institutions, such as the Council of Europe and the European Union, will soon follow the UNESCO model.

“Texts like this put a lot of pressure on Facebook of this world, ‘whose predatory behavior is increasingly exposed,'” said Leslie.

“To act with as much impunity as Facebook has done is no longer possible.”

However, UNESCO does not directly address the issue of facial recognition. This is a central theme of the European Union.

The European Commission proposes a strictly regulated use of remote biometric identification systems in public places.

Meanwhile, Russia, China and Iran – countries regularly accused of human rights abuses – are signatories to the text, which UNESCO acknowledges is a “stimulus mechanism” without the possibility of sanctions.

“If this text had no power, these sites would not have even come to discuss it,” said Alessandra Sala, director of content provider’s content intelligence service Shutterstock.

These three countries ratified the recommendation “because they understand that we are at a key moment in AI and they do not want to be seen as countries going in the wrong direction,” she added.

The United States and Israel, which are very active in new technologies, are not UNESCO member states.

But the US is working on AI legislation and is “ahead of Europe,” Sala said.

Fauci would ‘not be surprised’ if omicron is already in the US, predicts it will go ‘everywhere’