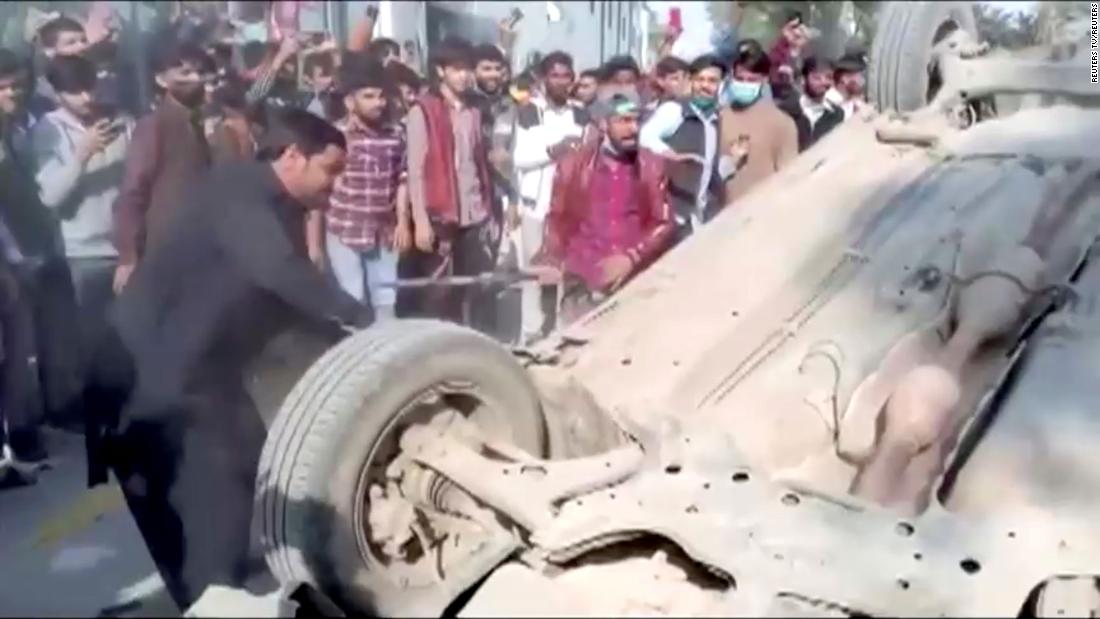 Khan’s comments come after a Sri Lankan national working in Pakistan’s Punjab province was killed and later burned by a mob after being accused of blasphemy against the Prophet Muhammad, according to Osama Mehmood, spokesman for the Punjab police force.

The incident happened in Punjabi city of Sialkot on Friday.

Khan called the incident a “terrible vigilant attack” and said he was overseeing the investigation.

“If there is no mistake, those responsible will be punished [the] the full rigor of the law. “The arrests are in progress,” Khan said on Twitter on Friday.

According to Khurram Shehzad, a Sialkot police spokesman, the man killed was a Buddhist factory manager named Prantha Kumar.

Kumar’s body has since been removed from the crowd and brought to a local hospital, Shehzad said.

Pakistan’s Human Rights Commission condemned the incident and said: “The brutality with which a Sialkot mob tortured to death a Sri Lankan man on weak blasphemy charges should bring home the grim reality of spiral radicalization in Pakistan. . ”

Punjab Prime Minister Usman Buzdar said in a Twitter post that the inspector general of police has been tasked with investigating the incident.

Pakistan is often hit by vigilant violence against people accused of blasphemy. This summer, a mob stormed a police station on the outskirts of the capital, Islamabad, in an attempt to lynch two men accused of desecrating a mosque.

CNN has contacted the Sri Lankan Embassy for comment.

Meet Ameca, a notable (and not at all creepy) human-like robot-National