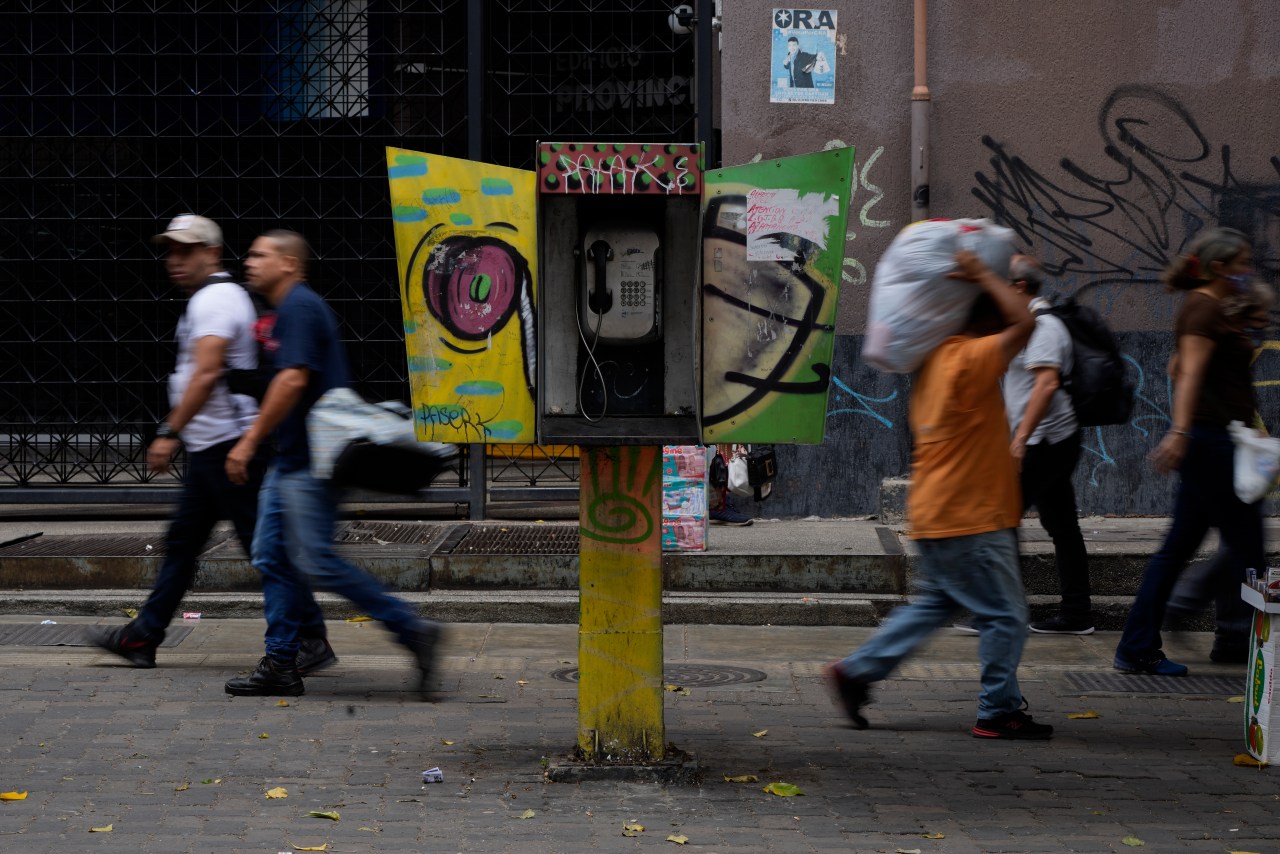 CARACAS, Venezuela (AP) The Venezuelan government is seeking private investors to pump funds into vital but crippled state-run companies, decades after seizing them in the name of socialism.

The government on Monday aims to offer a 5% to 10% stake in companies ranging from telephone and internet service providers to a petrochemical producer. Elsewhere, these industries may be attractive targets for investors, but questions remain as to who would be willing or able to take a minority position in Venezuelan companies that have suffered from years of neglect and mismanagement.

Adding to the mystery is the lack of details provided by the government for the sale, including the price it requires for company shares and in what stock market they may be listed. Some are speculating that the move could be a first step towards returning companies to private hands.

We need capital to develop all public companies, Maduro said during a televised event on Wednesday. We need technology. We need new markets and we will move forward.

It is a notable departure from Maduro’s predecessor, the late President Hugo Chvez, who nationalized many companies in his quest to transform the South American country into a socialist state. Among the companies mentioned Maduro are CANTV and its subsidiary Movilnet, the petrochemical producer Petroquimica de Venezuela and a conglomerate focused on the mining sector.

Interest, however, may be limited to government-affiliated or risk-averse investors.

The country is still under economic sanctions imposed by the US and other countries that prevent investors from being able to pour money into Venezuelan state-owned companies. And the percentages announced by Maduro will not give private investors the decision-making powers to undertake much-needed changes within corporations.

At the turn of the century, Chvez made a series of acquisitions in the electricity, telecommunications, natural gas and oil sectors. But the government has made minimal investments in some of these companies, which have left them to provide substandard services.

Several-day power outages are common throughout the country. Millions of families either do not have access to water or the service is interrupted. Internet and telephone services are deficient.

Supporters and opponents of the government complain about poor basic services across the country even if elections are not approaching. But economists point out that the Venezuelan government needs to improve some of these services even if it is shortly before the 2024 presidential election.

Undoubtedly, we are seeing a paradigm shift that is largely driven by circumstances, but also driven largely by political survival, Luis Prato, senior economist at the firm Turin Capital. As of June 2014, with this sharp drop in oil prices, the Maduro administration began to see a drop in oil revenues. “Then we went through a 2014-2019 period of price controls, of a more intrusive state.”

But as the state lost the ability to generate wealth and growth, Prato said, it began to leave room for private sector participation.

Venezuela is still under a protracted social, economic and humanitarian crisis, which is the merit of falling oil prices, economic sanctions and two decades of mismanagement by socialist governments. But the government has taken steps to ease some of the economic pressures, including giving up its long and complicated efforts to restrict transactions in US dollars in favor of the domestic bolivar, whose value has disappeared from inflation.

Several shares of CANTV have long been traded on the Caracas Stock Exchange, the country’s oldest stock exchange. Maduro during the announcement this week said that state-owned companies will be listed on various stock exchanges of the country without specifying.

But as of Friday, Gustavo Pulido, president of the Caracas Stock Exchange, had not received any information about the planned sale of the shares. He said the process of registering other companies and eventually listing them is lengthy and requires the disclosure of financial documents.

It takes as long as you want to make the deployment successful. I can not tell you a specific time, said Pulido, adding that an offer on the Caracas stock exchange could not be structured until Monday.

The government set up its exchange in 2010. A government spokesman did not respond to a request for comment from the Associated Press regarding the exchanges it intends to use.

Prato said the government is likely to use its own exchange or a separate digital system for now, but that would have limited results.

Henkel Garcia, director of Caracas-based firm Econometrica, said the companies require significant investments to improve the quality of their services, which were much better before they were nationalized. But he warned that the country lacks a mechanism to oversee companies’ accounting and financial reporting procedures, making it impossible to guarantee proper private investment spending on state-owned companies.

This missing component, he said, creates a scenario similar to the post-Soviet reforms in which a large number of state-owned companies were privatized.

If this is really the beginning of the total sale or total handover of these companies, which to me is a possible scenario, one would have to ask who they would hand over to because we have episodes like the Russian one, where these companies once belonged the state ended up in the hands of people who were close to the government, Henkel said. So, it is a complex phenomenon that can be said to open the door to something positive, but with the institutional weakness we have and the lack of reliable arbitrators, it may not end in the best way.