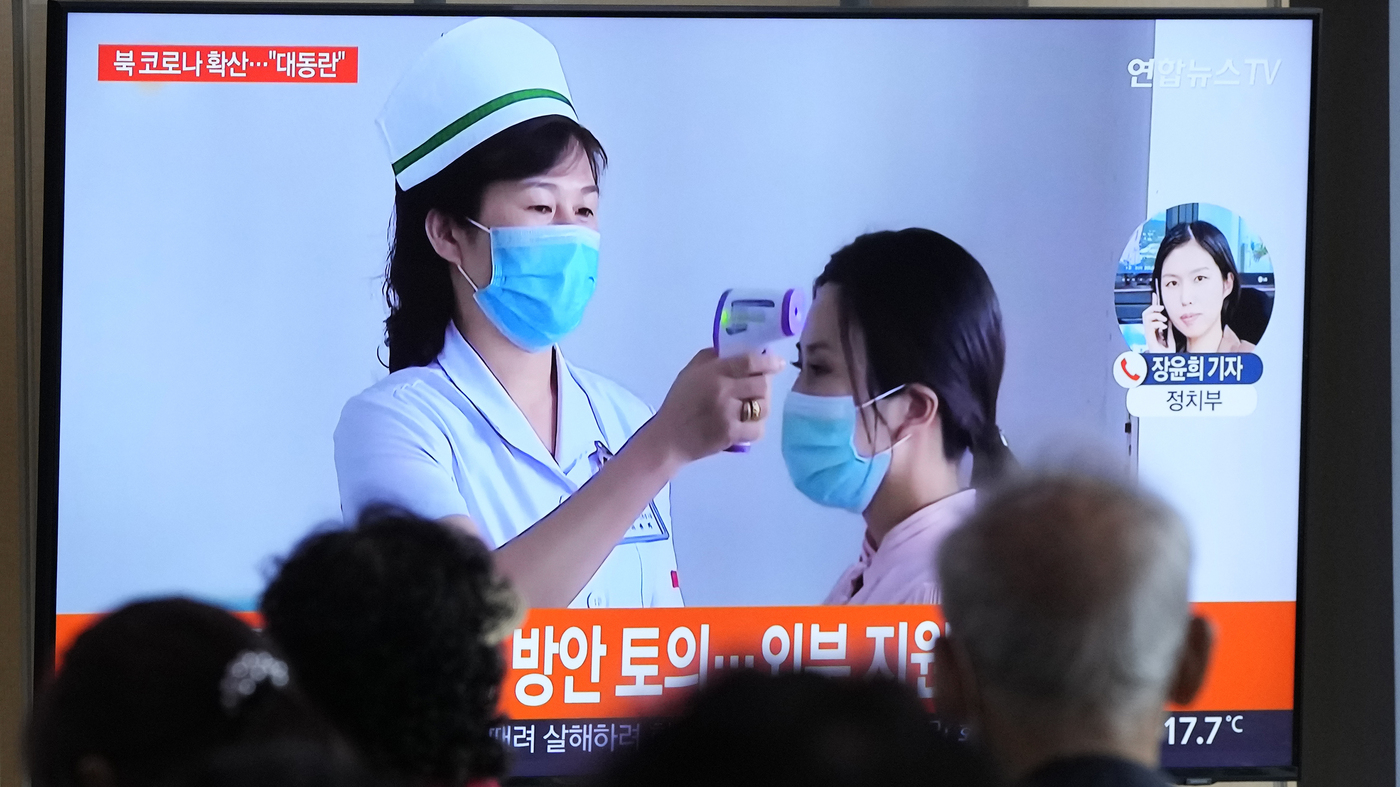 People watch a TV screen showing a news report about the COVID-19 explosion in North Korea, at a train station in Seoul, South Korea, on Saturday, May 14, 2022. North Korea reported on Saturday 21 new deaths and Another 174,440 people with fever symptoms as the country tries to slow the spread of COVID-19 throughout its unvaccinated population.

People watch a TV screen showing a news report about the COVID-19 explosion in North Korea, at a train station in Seoul, South Korea, on Saturday, May 14, 2022. North Korea reported on Saturday 21 new deaths and Another 174,440 people with fever symptoms as the country tries to slow the spread of COVID-19 throughout its unvaccinated population.

SEUL, South Korea North Korea has confirmed 15 more deaths and hundreds of thousands more fever patients as it mobilizes more than a million health workers and others in an effort to quell the country’s first COVID-19 outbreak. announced state media on Sunday.

After holding up a widely disputed claim to be coronavirus-free for more than two years, North Korea announced Thursday that it had found its first COVID-19 patients since the pandemic began.

She has said a fever has spread across the country “explosively” since late April, but has not revealed exactly how many cases COVID-19 has found. Some experts say North Korea lacks the diagnostic equipment needed to test a large number of suspected COVID-19 patients.

The additional deaths reported Sunday led to 42 reported fever-related deaths in the country. The Korean Central News Agency also reported that another 296,180 people with fever were counted, bringing the total reported to 820,620.

The outbreak has raised concerns about a humanitarian crisis in North Korea as most of the country’s 26 million people are believed to be unvaccinated against the coronavirus and its public health care system has been in decline for decades. Some experts say North Korea could suffer major deaths if it does not immediately receive foreign shipments of vaccines, medicines and other medical supplies.

“Without testing sets for COVID-19, North Korea is using body temperature controls to guess infections. But with such an inferior and inaccurate screening method, it is impossible to find asymptomatic virus carriers and control viral growths.” said analyst Cheong Seong. -Chang at the Sejong Institute in South Korea.

“As North Korea’s (suspected) COVID-19 infections are on the rise, its death toll is expected to continue to rise,” Cheong added.

As of Thursday, North Korea has imposed a nationwide blockade to fight the virus. This could further aggravate the country’s fragile economy, which has suffered in recent years due to the significant reduction in foreign trade caused by pandemic-related border closures, punishing UN economic sanctions on the program. its nuclear and its mismanagement, observers say.

During a meeting on the blast Saturday, North Korean leader Kim Jong Un described the blast as a “major upheaval” historically and called for unity between the government and the people to stabilize the blast as soon as possible.

The KCNA said Sunday that more than 1.3 million people are engaged in the work of examining and treating sick people and raising public awareness of hygiene. He said everyone with a fever and others with abnormal symptoms were being quarantined and being treated. The KCNA said the heightened response to the pandemic includes the creation of more quarantine facilities, the urgent transport of medical supplies to hospitals, and increased disinfection efforts.

“All the provinces, cities and counties of the country have been completely closed and the work units, production units and housing units have been closed from each other since the morning of May 12 and a strict and intensive examination of all people is being carried out. “, Said KCNA. .

Of those with symptoms, 496,030 have recovered, while as of Saturday 324,4550 were still receiving treatment, the KCNA reported, citing the country’s emergency epidemic prevention center.

State media reports said Kim and other senior North Korean officials are donating their private spare medicines to support the fight against the country’s pandemic. During Saturday’s meeting, Kim expressed optimism that the country could bring the blast under control, saying most broadcasts are taking place within communities that are isolated from each other and do not spread from region to region.

Despite the blast, Kim has ordered officials to proceed with planned economic, construction and other state projects, a suggestion that authorities are not asking people to be confined to their homes. Hours after accepting the virus outbreak on Thursday, North Korea even fired ballistic missiles into the sea in continuation of its latest series of weapons tests.

KCNA said Kim, accompanied by senior lawmakers, visited a mourning station set up on Saturday for senior official Yang Hyong Sop, who died the day before, to express his condolences and meet with relatives of the victims. . A separate KCNA mission said Sunday that officials and workers in the Northeast were launching initiatives to prevent an expected spring drought that would damage yields and crop quality.

South Korea and China have offered to send vaccines, medical supplies and other aid shipments to North Korea, but Pyongyang has not publicly responded to the proposals. North Korea has previously rejected millions of doses of vaccines offered by the UN-backed COVAX distribution program, amid speculation that it was concerned about possible vaccine side effects or international monitoring requirements attached to those injections.

White House press secretary Jen Psaki said Thursday that the United States supports international aid efforts but does not plan to share its vaccine supplies with the North. The spread of the North Korean virus could still be a major topic of discussion when President Joe Biden visits Seoul later this week for a summit with newly inaugurated South Korean President Yoon Suk Yeol.

Park said he hoped North Korea would accept Yoon’s bids soon, though he said he doubted the North would do so.