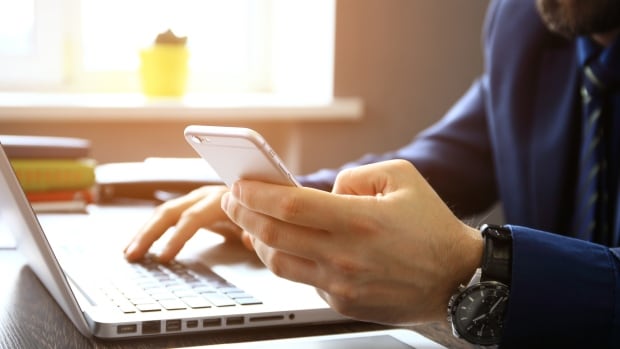 Federal Liberals introduced privacy legislation Thursday that would give Canadians more control over how their personal data is used by businesses, impose fines on non-compliant organizations, and introduce new usage rules of artificial intelligence.

It is the first major update in this policy area since the advent of Facebook, Twitter or even Pinterest, a platform that Innovation Minister Francois-Philippe Champagne mentioned more than once at an afternoon press conference.

The proposed law, Bill C-27, is a long-awaited step towards Champagne’s mandate to advance the digital card, a set of principles aimed at strengthening consumer privacy protection and guiding the development of the digital economy.

He told reporters that it is “one of the strictest frameworks you can find among the G7 countries”.

“We are racing to the top,” said Justice Minister David Lamett.

The bill, dubbed the Digital Card Implementation Act 2022, shares its name and most of its provisions with an earlier bill the Liberals introduced in late 2020, which did not become law.

It would create a Consumer Privacy Protection Act to increase Canadians’ control over their personal information and the way they are handled by digital platforms.

This includes requiring companies to obtain the consent of the individual whose information they are seeking, using plain language that the person “will reasonably be expected to understand”.

Under the new rules, individuals will need to be able to transfer their data securely from one organization to another, or permanently delete their data if they withdraw their consent to their use.

The personal information of minors has been newly defined in the draft law as “sensitive information” and its deletion at the request of them or their parents would be subject to fewer exceptions.

Although the Liberal government’s previous attempt at new privacy rules in the private sector was criticized by some as too weak, the new version does not go much further in the powers it gives to the federal privacy commissioner.

The commissioner will be able to investigate complaints, order companies to comply and recommend fines if they do not.

A court with the authority to issue court orders would review the recommendations and impose sentences. The heavier penalty would force companies that disagree to pay five percent of their global revenue or $ 25 million, whatever the larger amount.

What the bill does for the first time is establish rules for the responsible development of artificial intelligence systems and criminal penalties for those who misuse emergency technologies.

A proposed Artificial Intelligence and Data Act would require companies to document their rationale for AI development and report on their compliance with the safeguards set.

A commissioner for artificial intelligence and data would have the authority to order independent audits of companies’s activities as they develop technology, and the minister would have the power to record compliance orders in the courts.

Organizations that develop AI can be prosecuted for using data obtained illegally and when it is intended to cause serious harm or economic loss.

It would also be a crime to make an AI system available for use knowing that it could cause serious physical or psychological damage or significant property damage.

The Canadian Chamber of Commerce said in a statement Thursday that the changes are a welcome development but belated.

“The law has not kept pace with change, not even with Canada’s international competitors,” said Mark Agnew, the organization’s senior vice president.

“The so-called lines between ‘digital’ and ‘traditional’ business no longer exist and Canadian laws need to be adapted to this reality, or else our businesses risk falling behind their international counterparts.”

“An updated privacy framework is urgent to ensure that consumers have up-to-date protection and that businesses that are driving our economic recovery have clear and consistent privacy rules that enable innovation and growth,” said Sara Clodman, CMA Vice President for public affairs and opinion. leadership, the statement said.

The CMA said it would study the bill and provide input to lawmakers in the coming weeks.

With the rapid growth of the House of Commons for a summer break, the bill is unlikely to have much debate until the fall.

Daniel Therrien, who has long pushed for reform as federal commissioner for privacy, criticized the previous bill as “a step back in general” from the current law.

It would give consumers less control and organizations more flexibility in making money from personal data without increasing their accountability, he said in May last year, before the legislation expired following the call for general elections.

Therrien, whose term as commissioner recently ended, also said the legislation puts commercial interests ahead of people’s privacy rights, and he advocated the adoption of a framework that would root privacy as a human right.

Philippe Dufresne, the government’s nominee to replace Therrien, told a House of Commons committee this week that the next bill should recognize privacy as a “fundamental right”.

Wall Street plummets on fears for the economy as rates rise