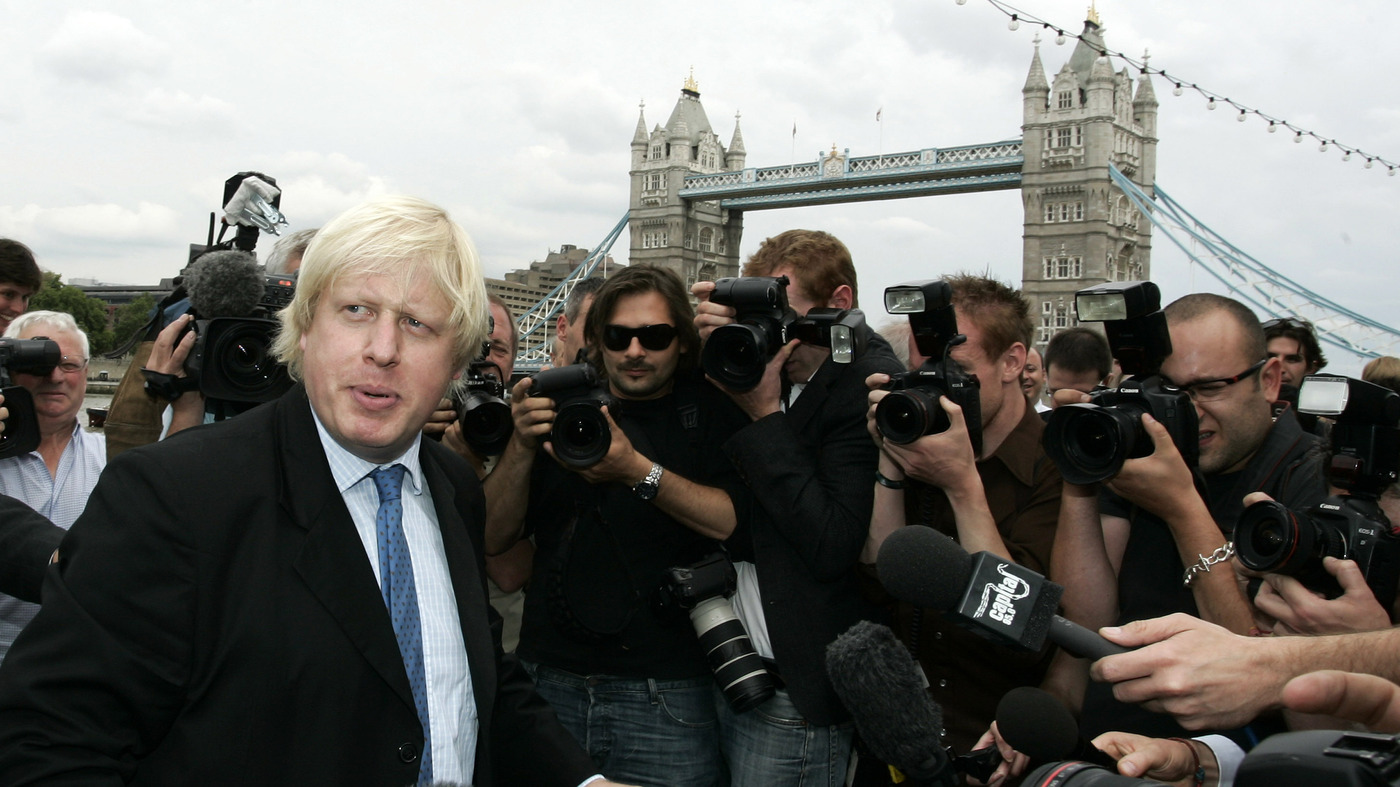 Britain’s Conservative Party MP Boris Johnson, left, speaks to the media to launch his campaign as a candidate to be Mayor of London, outside the City Hall in central London, Monday, July 16, 2007.

Britain’s Conservative Party MP Boris Johnson, left, speaks to the media to launch his campaign as a candidate to be Mayor of London, outside the City Hall in central London, Monday, July 16, 2007.

LONDON British Prime Minister Boris Johnson agreed to resign on Thursday after days of defections crippled the controversial leader and left him unable to govern.

Johnson finally agreed to resign after one of his closest allies, Treasury Chief Nadhim Zahawi, told the prime minister to resign for the good of the country. It was not immediately clear whether Johnson will remain in office while the Conservative Party elects a new leader, who will automatically become prime minister. An official announcement is expected later Thursday.

“Prime Minister: this is not sustainable and will only get worse: for you, for the Conservative Party and most importantly for the whole country,” Zahawi said in a letter to Johnson. “You need to do the right thing and go now.”

Zahawi’s intervention came after two more members of Johnson’s cabinet resigned, along with three new officials, pushing the number of those who have left the government this week to over 50.

Johnson rejected calls to resign on Wednesday, arguing that he had a mandate from voters to stay in office. But by Thursday morning, the man who has built a reputation for shying away from political controversy was forced to accept the reality of his situation.

Bernard Jenkin, a senior Conservative Party lawmaker, said he met with Johnson on Wednesday and advised him to leave.

“I just said, ‘Look, it’s time to go now, and here’s how it goes. You can go with dignity or you can be forced out like Donald Trump, clinging to power and pretending to have won the election when he did. lost,” Jenkin told the BBC before Johnson agreed to resign.

Johnson, 58, managed to stay in power for almost three years despite allegations that he was too close to party donors, that he shielded supporters from bullying and corruption allegations, and that he lied to Parliament and was dishonest with the public about government office parties. which breaks the rules of the pandemic lockdown.

But recent revelations that Johnson knew about allegations of sexual misconduct against Chris Pincher, a Conservative lawmaker, before he promoted Pincher to a top job, proved to be the last straw.

Last week, Pincher resigned as deputy chief whip following complaints that he punched two men at a private club. This prompted a series of reports about past allegations against Pincher and changing explanations from the government about what Johnson knew when he appointed him to the top job enforcing party discipline.

Health Secretary Sajid Javid and Treasury chief Rishi Sunak resigned within minutes of each other on Wednesday over the scandal. The two cabinet heavyweights were responsible for tackling two of the biggest issues facing Britain, the cost of living crisis and COVID-19.

Javid captured the mood of many lawmakers when he said Johnson’s actions threatened to undermine the integrity of the Conservative Party and the British government.

“At some point we have to conclude that enough is enough,” he told fellow lawmakers on Wednesday. “I believe that point is now.”

Welsh Secretary Simon Hart resigned on Wednesday and Northern Ireland Secretary Brandon Lewis followed early Thursday, telling Johnson in his resignation letter that “we have passed … the point of no return. I cannot sacrifice integrity my personal to protect things as they now stand.” He was later succeeded by Education Secretary Michelle Donelan, who was appointed to her post only on Tuesday to replace Zahawi.

Johnson had tried to challenge the mathematics of parliamentary government and the traditions of British politics. It is rare for a prime minister to cling to power in the face of this much pressure from his cabinet colleagues.

The closest parallel might be Margaret Thatcher, the long-time Conservative prime minister who in 1990 struggled to stay in office after her authority was undermined by disputes over Britain’s relationship with what is now the European Union. But she too decided to resign after a number of cabinet ministers told her it would be better for the party if she stepped down.

Johnson may try to stay in office until the Conservative Party chooses a new leader, a process that is likely to take place in the summer. But some Tories said he should leave 10 Downing St immediately. to end the chaos engulfing the government.

George Freeman, who resigned as science minister on Thursday, tweeted that “Boris Johnson should hand in the seals of office, apologize to Her Majesty (Queen Elizabeth II) and advise her to call for a sitting prime minister. Take office today so ministers can get back to work and we can elect a new Conservative leader to try to repair the damage and rebuild confidence.”