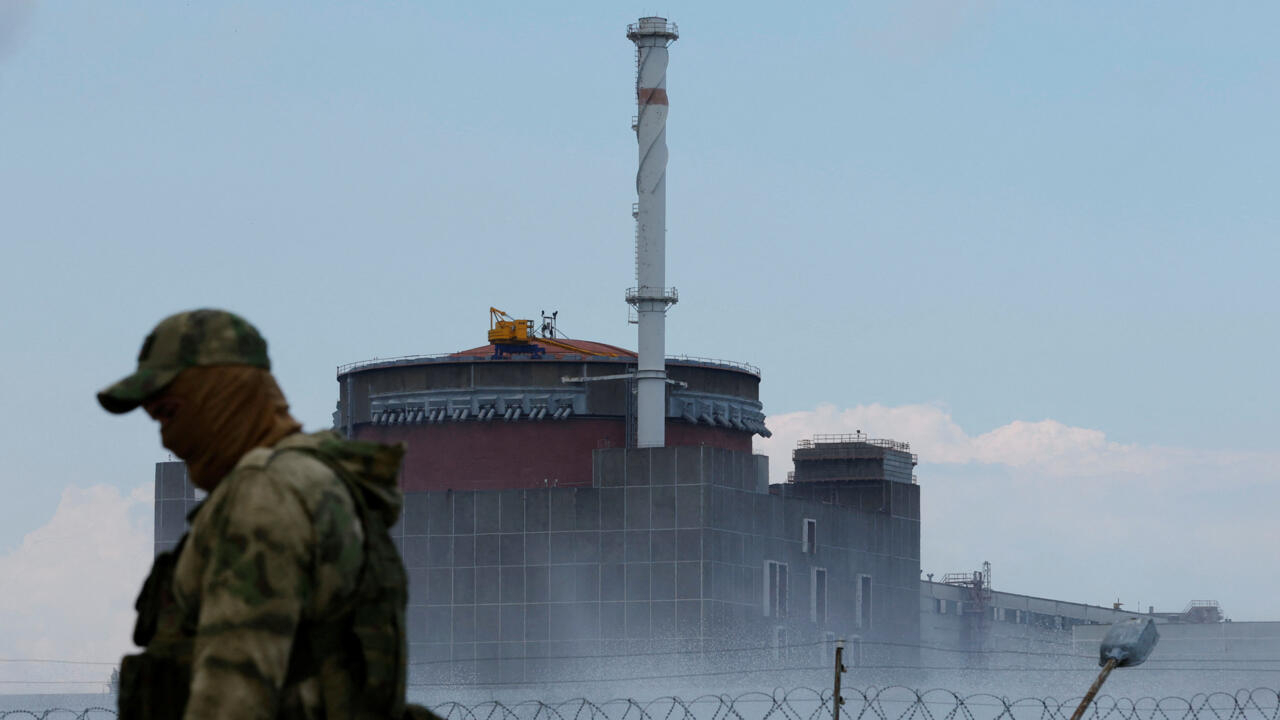 UN Secretary-General Antonio Guterres called on Monday for international inspectors to be given access to the Zaporizhzhia nuclear plant after Ukraine and Russia exchanged accusations of bombing Europe’s largest nuclear power plant at the weekend. Follow FRANCE 24’s live coverage of the crisis. All times are Paris time (GMT+2).

11:35: The first shipment of Ukrainian wheat arrives in Turkey

One of the first ships to leave Ukraine under a deal to unblock wheat supplies amid the threat of a global food crisis arrived at its destination in Turkey on Monday.

The Turkish-flagged Polarnet docked at Derince port in the Gulf of Izmir after departing Chornomorsk on August 5 loaded with 12,000 tons of corn.

This sends a message of hope to every family in the Middle East, Africa and Asia: Ukraine will not abandon you, Ukrainian Foreign Minister Dmytro Kuleba tweeted. If Russia adheres to its obligations, the grain corridor will continue to maintain global food security.

A total of 10 ships are now authorized to sail under the grain deal between Ukraine and Russia, which was brokered by Turkey and the United Nations, eight departed and two headed for Ukraine.

The first ship to leave Ukraine, the Sierra Leone-flagged Razon, which left on August 1, has yet to reach its destination in Lebanon and anchored off the southern coast of Turkey on Sunday evening, according to the website of Marine Traffic website.

The first shipment of Ukrainian wheat has reached customers in Trkiye. This sends a message of hope to every family in the Middle East, Africa and Asia: Ukraine will not abandon you. If Russia adheres to its obligations, the grain corridor will continue to maintain global food security. pic.twitter.com/rsSRrsVSUa

The head of Ukraine’s state nuclear power company, Energoatom, has called for the Zaporizhzhia nuclear power plant to be declared a military-free zone and wants a team of peacekeepers to guard the site.

He made the comments on television after Ukraine and Russia accused each of bombing the plant.

As of August 4, those who fled Ukraine due to the Russian military offensive had submitted 35,074 applications for temporary protection, the Finnish Immigration Service said in a statement.

In total, more than 37,000 people are currently registered in the reception system, which is more than ever before. The previous record in the Nordic country was 32,000, during the 2015 migrant crisis in Europe. A third of those fleeing Ukraine are children, the Immigration Service added.

The latest figures from UNHCR, the UN refugee agency, show that over 6.3 million refugees from Ukraine are registered across Europe.

Events in the Zaporizhzhia area where Kiev claimed Russia struck a power line on Friday have alarmed the world.

Guterres said the International Atomic Energy Agency (IAEA) needed access to the plant. We fully support the IAEA in all their efforts regarding the creation of conditions for the stabilization of the plant, he said.

The Razon, the first ship to leave a Ukrainian port under the UN-backed deal, did not arrive in Lebanon on Sunday as planned, the Ukrainian embassy in Lebanon said.

The embassy said the ship was delayed and did not arrive today, but did not provide details on the cause of the delay, or whether a new arrival date was planned.

08:48: Ukrainian shelling delays the reopening of the bridge in Russian-controlled Kherson

Ukrainian forces again bombed the Antonovsky Bridge in the Russian-controlled city of Kherson, damaging construction equipment and delaying its reopening, the Interfax news agency quoted a Russian-appointed local official as saying on Monday.

The bridge is one of the only two crossing points for Russian forces into the territory they have seized on the west bank of the Dnipro River in southern Ukraine. It has been a key target for Ukrainian forces in recent weeks, with Kiev using US-supplied high-precision missiles to try to destroy it in possible preparation for a counter-offensive to retake Russian-held areas in the south.

Kirill Stremousov, the Russian-appointed deputy mayor of the Khersons city administration, told Interfax that there had been no critical damage from the latest shelling. He did not say how long that would delay the planned reopening.

Russia has most likely planted anti-personnel mines along its defense lines in Ukraine’s Donbas region, Britain said on Monday, without citing evidence.

These are deeply controversial weapons, without distinction, the ministry said in its regular bulletin.

08:04: Russia begins the attack on the eastern Ukrainian cities of Bakhmut and Avdiivka

Russian forces launched an offensive on two key towns in the eastern Donetsk region over the weekend, Ukraine’s military and local officials said.

Both the towns of Bakhmut and Avdiivka are considered key targets of Russia’s ongoing offensive in eastern Ukraine, with analysts saying Moscow must take Bakhmut if it wants to advance on the regional centers of Sloviansk and Kramatorsk.

07:50: A Russian-backed Kherson official dies after the attack

Vitaly Gura, an official of the Russian occupation authorities in Ukraine’s Kherson region, has died of his wounds following an assassination attempt, Moscow-backed local authorities said.

Gura, the deputy head of Kakhovka district, was attacked at home on Saturday morning and seriously wounded by bullets, a source in the Russian-backed administration told the TASS news agency. Kakhovka is about 80 kilometers (50 miles) east of the city of Kherson.

Several assassination attempts have been reported against officials in Ukrainian regions seized by Russia since the start of its military operation in Ukraine in February.

Among Sunday’s shipments, three ships departed from Chornomorsk and one from Odesa, carrying about 170,000 tons of agricultural-related goods.

On Monday, a ship with 11,000 tons of soybeans also left the port of Yuzni for Italy, and a second loaded with 48,458 tons of corn left Chernomorsk for Turkey.

04:05: UN chief says any attack on a nuclear power plant is ‘suicidal’

Moscow and Kiev blame each other for the latest attack on the Zaporizhzhia plant, Europe’s largest nuclear power plant, which has been under Russian control since the early days of the war.

“Any attack on a nuclear plant is a suicidal thing. I hope that those attacks will end and at the same time I hope that the IAEA will be able to enter the plant,” Guterres said.

American actress Jessica Chastain visited Kiev on Sunday as a sign of support and solidarity with the people of Ukraine. She also met with President Volodymyr Zelensky, who thanked her for “her support.

American actress @jes_chastain Chastain is visiting #Kiev to support fight #Ukraine. During the visit she met with the president of Ukraine @ZelenskyyUa #StayWithUkraine pic.twitter.com/19eqSIrQtG

Investments in green energy business to work over next 12 months: Mukesh Ambani