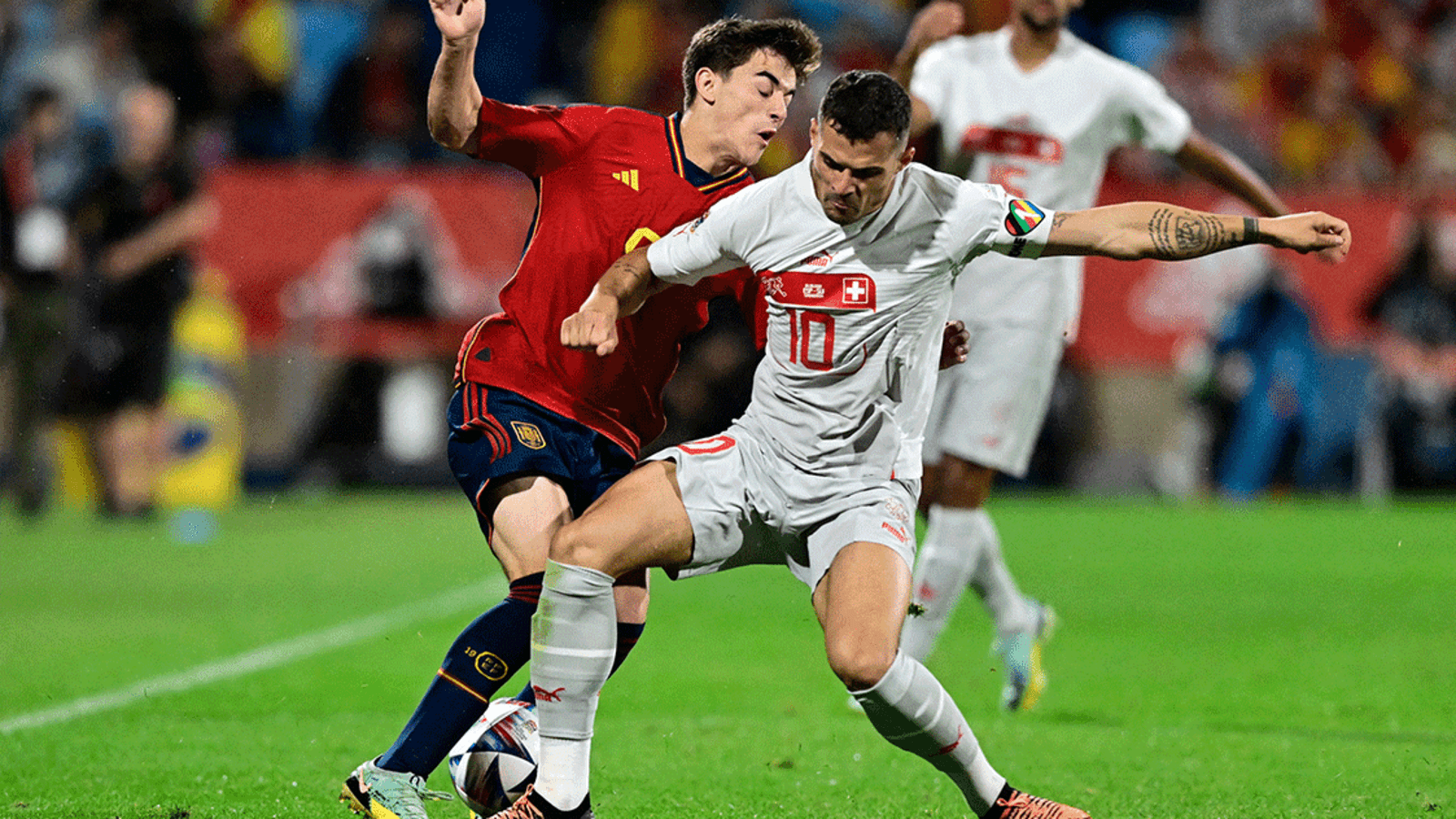 It was a weekend to remember for both Karl Hein and Granit Xhaka as they helped their countries to important victories in the UEFA Nations League.

Hein helped Estonia to promotion to the C League after a 2-1 win against Malta as the young goalkeeper won his 15th cap in Tallinn.

Henri Aniers’ goal four minutes later saw the hosts claim victory and top the group with a game in hand, which will see them travel to San Marino on Monday.

Meanwhile, in the A-League, Xhaka captained Switzerland in a 2-1 away win against Spain to hand their opponents their first home defeat in four years and end their 22-match unbeaten run in this process.

Our midfielder featured for the full game at Zaragoza, which was set up by Breel Embolo’s winner, and now leaves the Swiss who must avoid defeat against the Czech Republic on Tuesday to avoid the drop.

In action tonight will be England, who will be looking to bounce back from Friday’s 1-0 defeat to Italy in Milan, which saw them relegated from League A.

After being named England’s Player of the Year for 2021/22, Bukayo Saka played 71 minutes before being replaced by Jack Grealish and both he and Aaron Ramsdale will be eyeing one last chance to impress ahead of the World Cup when the Gareth Southgates to face. Germany at Wembley.

Martin Odegaard returned from injury to play 71 minutes in Norway’s 2-1 defeat away to Slovenia, but their hopes of qualifying for the Nations League are still in their own hands.

After Erling Haaland gave the visitors the lead, goals from Andraz Sporar and Benjamin Sesko turned the game around and leaves Norway facing a tough match with second-placed Serbia on Tuesday, but if they avoid defeat, Odegaards’ side will claim promotion to the League A.

The same goes for Kieran Tierney’s Scotland, but he was forced off after 42 minutes of their return win against the Republic of Ireland with a head injury.

Ryan Christies’ late penalty sealed a 2-1 win for the hosts at Hampden Park, and means Steve Clarke’s side need just a draw in Ukraine on Tuesday to clinch promotion to the top flight, but Tierney will absent as a precaution.

Another player to suffer a setback was Thomas Partey, who withdrew from Ghana’s 3-0 friendly loss to Brazil after picking up an injury in the warm-up in Le Havre and will miss the Black Stars’ subsequent friendly with Nicaragua.

Takehiro Tomiyasu was on the winning side as he came on against Matt Turner’s USA in a friendly in Dusseldorf and played the full 90 minutes of Japan’s victory, which could have been by a wider margin if Turner had not made a string of good receptions.

Our young defender won his seventh cap for his country in Copenhagen, but goals from Kasper Dolberg and Andreas Skov Olsen meant the current Nations League holders finished with just five points from their six group games.

At youth level, Charlie Patino scored his first goal for England Under-20s in their 2-1 win against Morocco on Saturday.

The midfielder was marked during the friendly in Spain when in the 27th minute the Blackpool loanee saw a shot from the edge of the area deflect and find the net.

Patino played 71 minutes of the match before being substituted, and will be hoping to see more action on Tuesday when England take on Australia in the final game of the international break.

Three more members of our academy also got a taste of international action, with Amario Cozier-Duberry coming on for the final 10 minutes of England U18’s 2-0 win against the Faroe Islands in Spain.

At under-17 level, Ethan Nwaneri and Myles Lewis-Skelly started their 3-0 win against the Czech Republic in Poland on Friday. Our latest first-team debutant played 84 minutes, while Lewis-Skelly was substituted just after the hour mark, and has further chances to impress in two more Syrenka Cup games over the coming days.

Copyright 2022 Arsenal Football Club plc. Permission to use quotes from this article is granted provided proper credit is given to www.arsenal.com as the source.