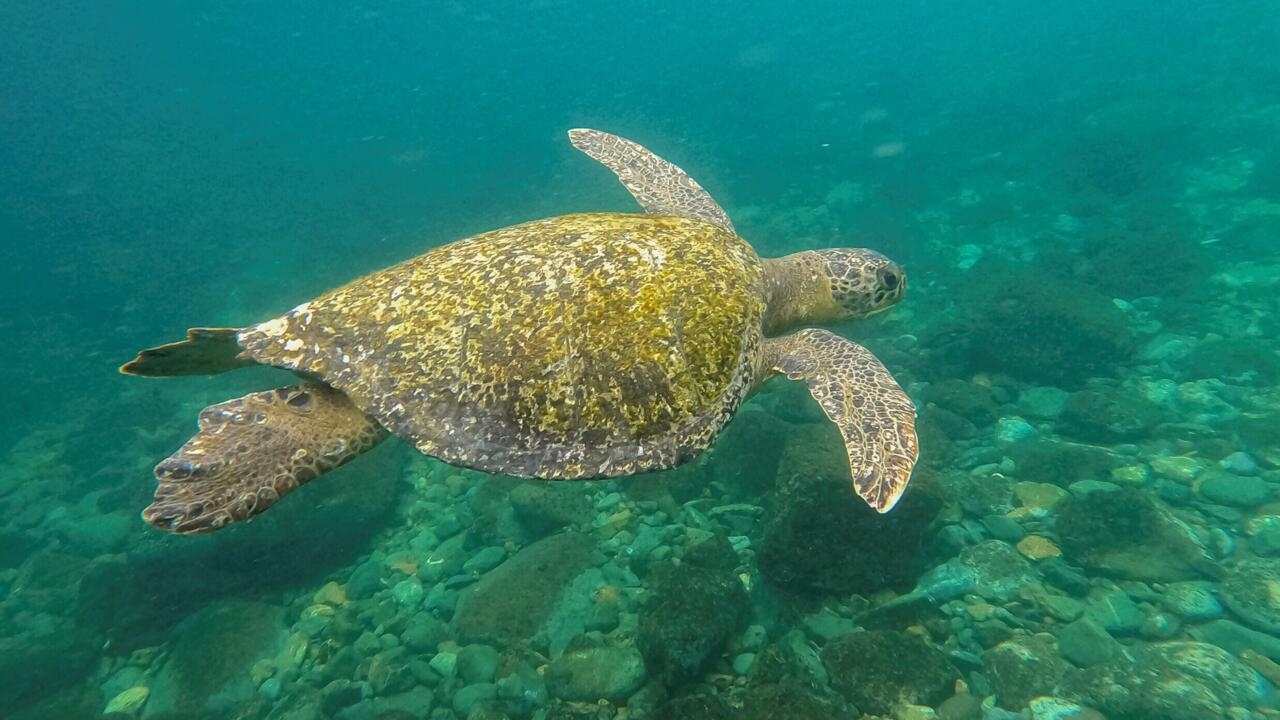 As the UN’s COP15 talks on biodiversity began in Montreal on Wednesday, FRANCE 24 spoke to marine biologist Franoise Gaill about marine dead zones and their link to global warming.

One of the main goals of15th UN Conference on Biodiversity, known as COP15, must ensure the protection of 30 percent of all marine ecosystems on the planet. Although conservation efforts often focus on species found on land, the oceans and seas are home to a wide range of species whose survival is threatened by several factors.

One to follow decrease in oxygen level Underwater is an important component of the loss of marine life. More than 400 “dead zones” where aquatic life can no longer survive existed in the world’s oceans in 2007, according to a study led by a scientist at the Virginia Institute of Marine Sciences. compared to 150 in 2003.

Deprived of essential oxygen, these marine areas cover 245,000 square kilometers and threaten vertebrate animals, with more than a third of marine mammals affected. The phenomenon has been going on since 1980 and is increasing, while research on the subject lags behind.

Franoise Gaill, a French marine biologist and vice-president of the Ocean and Climate Platform, who is also a scientific advisor to the French National Center for Scientific Research (CNRS), spoke to FRANCE 24.

Françoise Gail: Dead zones are hypoxic areas in the ocean where the oxygen concentration is below normal. This can mean a drop of up to 20 percent, which is already quite significant, but can reach up to a 50 percent drop in oxygen levels.

Lack of oxygen occurs at the surface of the oceans, between 50 and 400 meters deep. Shallower waters are generally less affected as they have more contact with air and therefore benefit from oxygenation, which is less available in deeper waters.

Dead zones are found mainly along the coast of America, from California to Chile. West Africa is also affected, as well as the western part of Indonesia in the Indian Ocean.

Although they mostly hug the coasts, we are starting to see some dead zones stretching from the Americas to the mid-Pacific, away from the coast.

What consequences do these areas have on the planet’s biodiversity?

The lack of oxygen in the water causes a change in the environment, which will naturally have an impact on marine biodiversity.

When oxygen levels drop, fish that need to breathe can experience hypoxia and are at risk of death. If they survive, they will migrate to areas with higher oxygen levels, which affects the overall ecosystem and harms local biodiversity.

Animals such as crabs and shellfish, which cannot escape these areas as quickly, drown. Several dead zones have even been identified as piles of dead bodies were found scattered across the beaches.

All animals need oxygen to live, and therefore all animals are affected. Plants are less, as they are less dependent on oxygen.

Dead zones are a natural phenomenon. Some areas are less oxygenated than others due to ocean currents, but it is normally quite rare to encounter.

At first we thought that the spread of these areas was caused by human activity in a process called eutrophication, when organic matter such as agricultural products or fertilizers enter a body of water, leading to an increase in planktonic organisms. Organisms multiply until they exhaust the available oxygen in the environment.

But over the past 10 years, we’ve realized that human activity isn’t the only cause of declining oxygen levels. Global warming also plays an important role; there is a correlation.

The increasing number and amplitude of dead zones goes hand in hand with climate change. Although the dead zones are mostly coastal, some now extend into open water, indicating that the drop in oxygen levels is not just due to agricultural runoff. Global warming causes water temperatures to rise and oxygen does not diffuse as well in warm water.

No at all. It is a dynamic phenomenon. Oxygen levels can be replenished by underwater currents or by intense weather events such as storms.

Therefore, dead zones are not permanent, but there is a possibility that they may form again in the same place due to local currents. It is also possible to limit the impact of human activity by reducing the amount of agricultural runoff discharged into waters.

But the correlation with climate change changes things. One consequence of rising seawater temperatures is that marine currents can become stagnant, making these areas impermeable and preventing them from mixing and therefore reoxygenation.

So dead zones should be monitored for the sake of biodiversity, the fishing industry and even tourists. While it is relatively easy to reduce the amount of discharge going into our oceans by limiting agricultural waste, for example global warming is not so reversible.

These dead zones will continue to multiply if nothing is done to curb climate change, which requires reducing greenhouse gas emissions and limiting global warming to a maximum of 1.5 or 2 degrees Celsius.

This article is a translated version of the original French.