Mexican President Andres Manuel Lopez Obrador has asked the Senate for an unprecedented national vote on whether to investigate and possibly file charges against his predecessors, claiming they allowed massive theft of public resources for decades.

By holding a referendum the following year, either in June or August, Lopez Obrador singled out the terms of the five former presidents returning in 1988.

He read a long list of grievances during his regular morning press conference, blaming his predecessors for rampant corruption and the spiraling cycles of violence and inequality that have plagued the country.

The timing of the planned referendum, which must be approved by Congress, means that the topic of corruption in previous governments is likely to dominate the campaign ahead of next year’s midterm elections.

Critics of the movement say Lopez Obrador is seeking to divert attention from his handling of controversial issues: the coronavirus pandemic, a sick economy that is seen falling to levels not seen since the Great Depression of the 1930s, and record levels of gang violence.

The left-wing president signed a formal petition Tuesday urging the Senate to trigger a vote on possible trials for his five immediate predecessors, all from the center-right Revolutionary Institutional Party (PRI) or the conservative National Action party. (PAN).

“Mexico experienced a period characterized by excessive concentration of wealth, monumental destruction of treasury, privatization of public goods, general corruption, dirty electoral processes and governance practices that led to the uncontrolled rise of violence,” he said.

Lopez Obrador sees the referendum as a lawsuit against corruption, conservative economic programs and privatizations, not just what he claimed was “systematic corruption” since 1988.

“The social and humanitarian disasters we have suffered in this country over the last 30 years were the result of a series of conscious actions by those who governed during this period,” Lopez Obrador said. “The evils I have enumerated did not happen by chance, but rather were the result of the application of a model over five presidential terms … this tragic phase in the life of the country is called the neoliberal era.”

Acts of corruption can be punished under current law, but it is unclear whether Lopez Obrador can investigate former leaders for policies he disagrees with, such as the widespread privatization of government enterprises carried out by Carlos Salinas de Gortari, who ruled Mexico from 1988 to 1994. 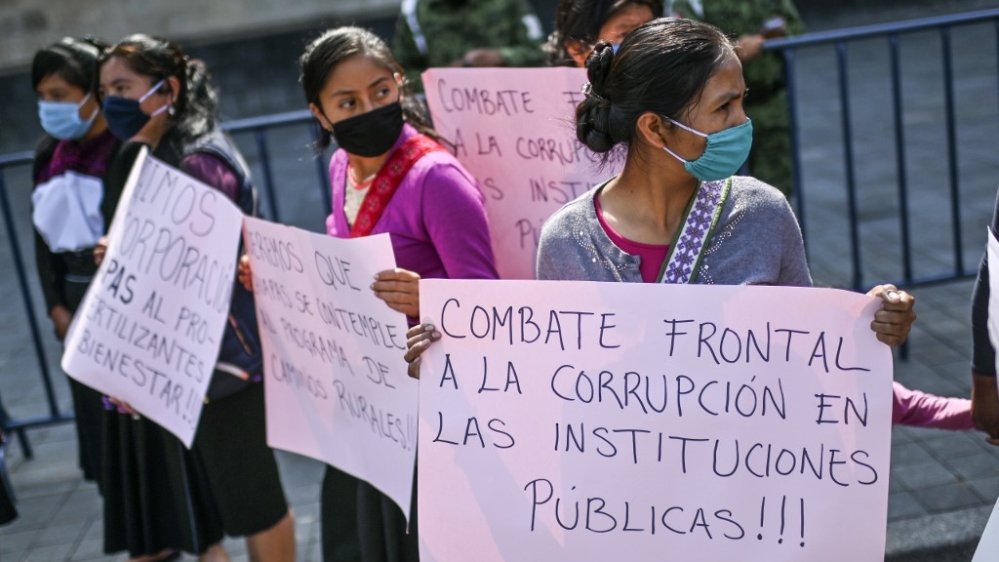 A parallel effort to collect voter signatures, largely organized by activists from Morena and Lopez Obrador’s Morena party, could also legally trigger the vote if the threshold of about 1.8 million citizens is met within a deadline later Tuesday.

Elected in a reversal on an anti-corruption platform in 2018, Lopez Obrador has repeatedly said he will personally vote against allowing former presidents to stand trial, but says it is important to let citizens decide for themselves.

Lopez Obrador’s two immediate predecessors, Enrique Pena Nieto and Felipe Calderon, have denied wrongdoing. The other former presidents – Carlos Salinas, Ernesto Zedillo and Vicente Fox – have not yet spoken of pushing for a referendum.