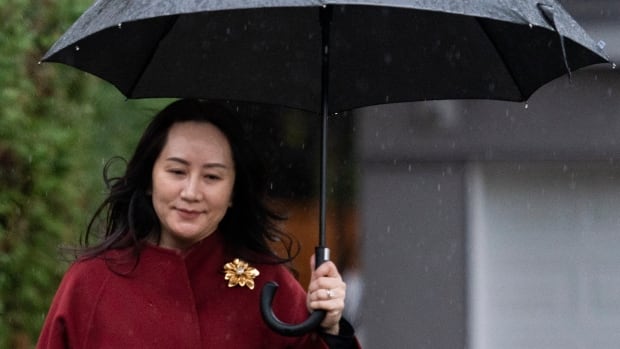 Canada’s attorney general’s attorneys recorded a conversation involving a key RCMP witness who is refusing to testify in Meng Wanzhou extradition proceedings for concerns about “witness safety,” according to documents submitted to the BC Supreme Court. .

RCMP retired Sgt Ben Chang was living and working in the Chinese gambling paradise in Macau when his name was first raised in connection with Meng’s extradition proceedings last fall as an information handling officer by the U.S. Federal Bureau of Investigation.

Chang’s actions lie at the heart of a mystery that Huawei’s executive lawyers believe may hold the key to ending efforts to bring it to the United States.

They have accused Chang of sharing technical details from Meng electronic devices with the FBI in the days following her arrest at Vancouver airport in violation of her rights and the Canadian Extradition Act.

A reference to ‘witness safety’

Meng has been accused of fraud in the United States for allegedly lying to an HSBC executive about Huawei’s control of a subsidiary accused of violating U.S. economic sanctions against Iran.

Prosecutors allege that based on her alleged lies to pursue a financial relationship with Huawei, HSBC was put at risk of loss and prosecution.

At the time of her arrest on December 1, 2018, Meng laptops, tablets and phones were confiscated by the RCMP.

A legal attaché to the FBI requested technical details related to the equipment information that the defense says he would normally have to obtain through official channels.

Chang was sworn in with an affidavit denying any wrongdoing, but his version of events was contradicted by notes from another officer who suggested a colleague told Chang that he sent the information to the FBI.

Earlier this week, defense attorney Richard Peck revealed that Chang had retained the attorney and informed the Meng and Crown legal team that the retired officer would not testify.

No reason was given, but Peck said the decision would be “some concern” for the defense.

On Wednesday, in a reference found in court documents leaked to the South China Morning Post, it emerged that the Crown had objected to the release of notes regarding a conversation between Chang and a lawyer with the Department of Justice, in part because of “witness safety “.

‘Attempts to hide their wrongdoing’

The two-word reference was found in a spreadsheet prepared in April containing 239 pages of submissions filed this summer ahead of arguments over the issuance of documents, emails, notes and other notes related to the high-profile issue.

The document is a summary of a phone call in October 2019 between Chang and Department of Justice attorney Kerry Swift. The concerns were not explained and the document was later released to Meng’s lawyers, though not to the public.

On Wednesday, Chinese Foreign Minister Zhao Lijian was asked at his daily conference about Chang’s decision not to testify.

“We have recorded relevant reports. The efforts of the Canadian side to hide their evil deed will only raise more suspicions and give a clearer picture of the political nature of the Meng Wanzhou incident,” Zhao told reporters.

He later went on to accuse Canada of playing “dumb with controversial points constantly appearing in the Meng Wanzhou incident”.

‘I realized this was a serious case’

Two Canadian Border Services Agency officers who questioned the 48-year-old in the hours before her arrest testified Wednesday about their involvement in the case.

A defense attorney charged Supt. Sanjit Dhillon lied to come up with questions about Huawei’s Iranian business through a Google search that led him to the “controversy” section on the company’s Wikipedia page.

Dhillon denied suggestions that he ask questions on RCMP orders.

And CBSA officer Sowsmith Katragadda, who took the lead in questioning Meng, said he was aware other agencies might want access to the information gathered through his questions, but told the RCMP they would have to pass through official channels.

Katragadda told a Crown attorney who wanted to make sure the CBSA conducted an examination of Meng’s admissibility in Canada that was separate from the RCMP’s arrest in connection with the extradition.

“I wanted to be clear about the time he came to trial,” Katragadda said. “I realized this was a serious matter.”