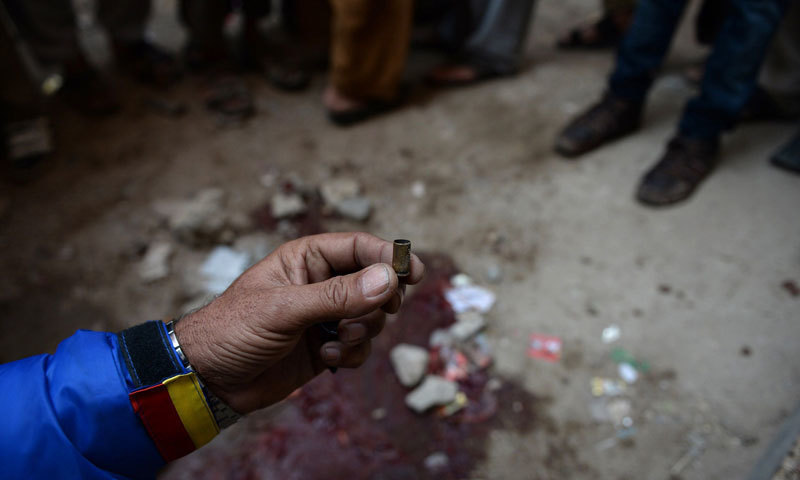 A doctor belonging to the Ahmadi community was shot dead while his father and two uncles were injured when a teenage boy opened fire on them at their home in the Nankana Sahib neighborhood of Punjab on Friday.

Police said the Ahmadi family was offering prayers Friday afternoon at their home in the Murh Balochan area of ​​Nankana when they heard a knock on the door.

One of the family members, Dr Tahir Mahmood, 31, went to open the door where a teenage boy holding a pistol opened fire on him.

According to police, the victim suffered bullet wounds and fell to the ground as his family rushed to the door when they heard the shooting.

Residents of the area then hit the attacker.

The injured were taken to a nearby hospital, where Dr Mahmood succumbed to his injuries while his father was in critical condition. The two uncles of the deceased suffered bullet wounds to the leg.

Said for Station House Officer Saddar Sanghla (SHO) Muhammad Shamshair dawn that the suspect was armed with a pistol and had knocked on the door of the Ahmadi family to attack them.

He said the suspect was taken into custody who “confessed to attacking the family for religious differences”.

SHO Shamshair said an investigation team was set up to thoroughly investigate the incident and also check if the suspect had attacked the house acting on his own or he was following someone’s instructions.

Saleemuddin, spokesman for the Ahmadi community, confirmed that the incident occurred when family members had gathered for prayer inside their home.

Ahmadis are not even safe inside their homes. They cannot perform their religious duties within the four walls of their home, he said.

The spokesman said Ahmadis were being killed at their doors but the state had failed to provide them with any protection.

He said the attack was a direct result of “a hate campaign being run unchecked in the country” against the community.

Attacks targeting members of the Ahmadiya community have seen an increase in recent months.

Last month, a Ahmadi professor was shot dead in a targeted attack in Peshawar, ostensibly for his religious beliefs.

In July, a U.S. citizen, Tahir Naseem, was shot dead by a teenager in a Peshawar courtroom. It later emerged that the deceased was said to have left the Ahmadi community.

On August 12, Meraj Ahmed, an Ahmadi trader, was shot dead by attackers in the Gulbahar area of ​​Peshawar.

On September 10, a mob surrounded the residence of an Ahmadi in the Phandu area of ​​Peshawar and the family was rescued by police. However, one of the family members was arrested and charged with blasphemy.

Ahmadis were declared non-Muslims in Pakistan through a constitutional amendment adopted on September 7, 1974, during the term of Zulfikar Ali Bhutto.

Be careful, Zoom Microsoft Teams is getting great features before the holidays