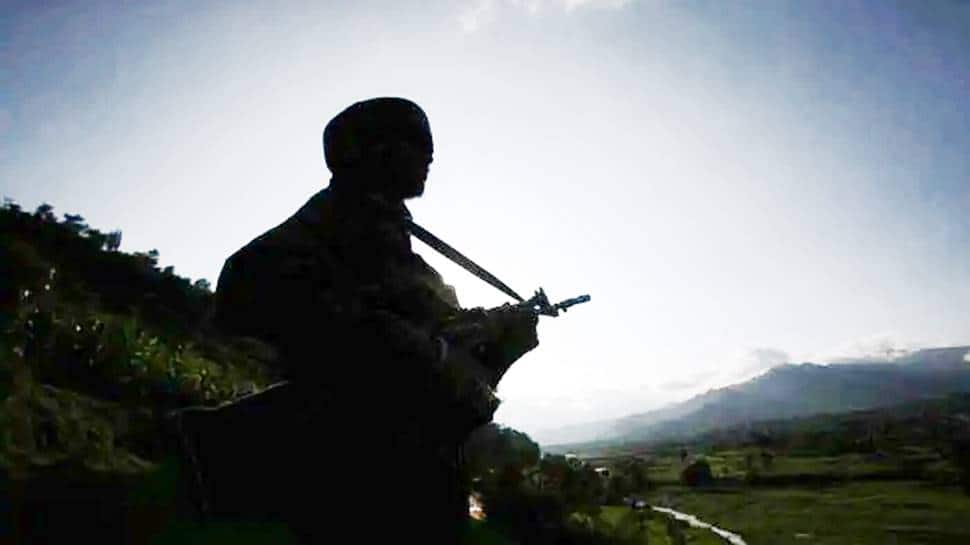 New Delhi: The Pakistani-backed tribal invasion of Jammu and Kashmir which began on October 22, 1947 was one of the darkest hours for the region. The allegations were made by Lieutenant General Ata Hasnain during a webinar on ‘Pakistan Invasion of Kashmir 22 October 1947: The Darkest Hour in the History of Jammu and Kashmir’.

Lieutenant General Ata Hasnain said, “Pakistan for decades has propagated a false narrative about the events of tribal occupation and claims that the dark days of Jammu and Kashmir began on October 26, 1947 when the region’s Maharaja signed the instrument of accession and not the “22nd when the Pakistan-backed invasion actually began.”

Lieutenant General Hasnain declared that India is an innocent, honest and true nation that sometimes fails to realize that its neighbors are not so good and honest. This has allowed Pakistan to create a false narrative around the invasion, this false narrative serves Pakistan’s agenda and makes it a messiah when reality can no longer be far away.

The false narratives created by Pakistan are that Kashmir is a Muslim-majority region and therefore belongs to Pakistan because it is an Islamic nation and that India used force and coercion to force the Maharaja to sign the instrument of accession and then to make it appear legitimately moved into its troops on 27 October 1947.

Professor Amitabh Mattoo stated that before the Indian Army moved to Kashmir to liberate it from tribal invaders, Kashmiri men, women, women and even teenagers with passion, voluntarily and without materialistic incentives were trained in the use of firearms to resisting tribal invaders.

One of the most important aspects of this was that these patriotic warriors came from all walks of life and from different religions. Hamlavar Khabardar, hum Kashmiri hai Taiyar, Kadam Kadam Bharenge Hum, Mahhaz pe larenge hum were some of the slogans used by Kashmiri civil society who took over the protection of their homes.

Professor Mattoo also drew special attention to a young Kashmiri named Maqbool Sherwani who through deception, false rumors and charm Kashmiri managed to delay with himself the Pakistani-backed tribes. Because of his actions he was tortured and crucified by the invading tribes.
Unfortunately, the life and legacy of Shervan, as well as of the countless members of civil society who took up arms against the invaders, has largely been forgotten.

Mir Junaid, a young politician from Jammu and Kashmir began by stating that the younger generation has forgotten the truth of the events that took place on October 22, 1947, so such discussions are extremely important so that the current disputes in Kashmir can be put into context history. Junaid added that although most people in the region were Muslims, Kashmir was still multicultural at its core, and this multicultural nature made Jammu and Kashmir naturally suitable to join India instead of Pakistan i who had already declared himself an Islamic country. According to Junaid, if the Pakistan-backed invasion had never happened, Jammu and Kashmir would have joined India naturally.

Woodrow Wilson Deputy Director of the Asia Centers Program Michael Kugelman stated that there were very few people in the US who wanted to dive into the history of the Kashmiri affair. The US administration only cares about the current situation in Kashmir.

Regarding Biden’s next administration in the US, Kugelman believes that Biden will enter the White House with the same goal as previous presidents, to pursue strategic security partnership with India. And while Biden may be more willing to discuss the Kashmir issue privately than his predecessor, President Donald Trump, Biden is unlikely to jeopardize an India-US-US partnership that enjoys bilateral support by foolishly raising the Kashmir issue. .

Moreover, Biden will enter the White House at a time when the US is facing unprecedented domestic challenges and therefore foreign policy is unlikely to be a high priority. The only way Kashmir is currently seen by the US is as a matter of stability, Kashmir has been the spark of numerous wars between India and Pakistan.

Kugelman also went on to add that in the event of a Pulwama 2.0, the US administration would be completely behind India. But the US is unlikely to come down harshly on Pakistan because of the Afghan peace deal that will require some dialogue with Pakistan.

Danbury Man Assisting Google with Complex Voice Technology: I Love Being a Tester