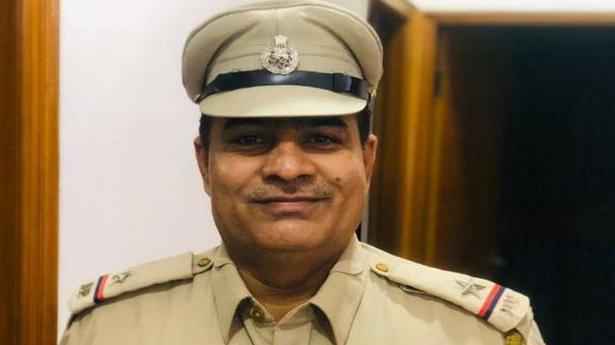 An Assistant to the Delhi Police Deputy Inspector and winner of the gallatri medal has been arrested for allegedly extorting 2 crore by joining the criminals, an officer said on Sunday.

A Delhi Police spokesman said they were considering revoking the medal awarded to Singh. He has been suspended and procedures for his dismissal are being considered, he added.

Police said the matter came to light when an FIR was set up at the Hauz Khas police station in which the complainant claimed that on 28 June his father received a phone call from a man who identified himself as gangster Kala. The caller allegedly demanded 2 crore and threatened to kill the complainant the whole family if he did not pay.

During the investigation, it was discovered that the SIM card and phone used to make the extortion call were allegedly hijacked on June 27 in Rohtak, Haryana.

The phone was not used to make the call, but the SIM card was inserted in another phone and then the call was made. The phone was procured by Mukesh from Sawan, both residents of Pankaj Garden, Delhi. Mukesh handed the mobile phone to Parmod alias Kala, a Jhajjar resident in Haryana, who then called for extortion from Bhiwadi in Rajasthan.

Mukesh and Sawan were subsequently arrested. During the investigation, it emerged that Parmod was using three phones. The numbers were analyzed and it was found that Singh was in constant contact with Parmod.

ASI also recognized the complainant and provided information to Parmod.

The complainant suspected Singhs’s role after ASI called him and tried to talk to him about the extortion call on July 14, police said. Meanwhile, Parmod was arrested and he discovered that Singh had given the complainant’s number and told him to call for extortion.

Rajbir was the organizer and he was arrested on Friday and sent to judicial detention, the DCP said.