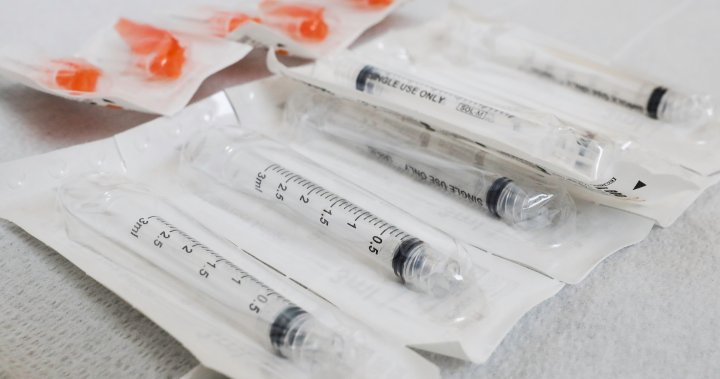 New Brunswick reported 19 new cases of COVID-19 on Wednesday after marking the third death in connection with the 2021 pandemic.

Officials say the death is a 70- to 79-year-old who was a resident of Lily Court at Tucker Hall in Park John Saint John.

The unidentified resident died as a result of underlying complications, including COVID-19.

Shannex, which operates the facility, issued a statement to its website.

“This has been a tragic time for everyone at Tucker Hall, especially for the families of those we have lost,” Derek Green, Shannex ‘s deputy chief of operations in New Brunswick, said in a statement.

Death at the facility now means New Brunswick has recorded three deaths this year – all Lily Court residents – for a total of 12 people since the pandemic began.

Shannex also provided an update on further testing conducted at Tucker Hall, which is considered to be experiencing a COVID-19 explosion.

The latest round of tests at the facility found three new positive COVID-19 cases among residents and an additional employee.

1:41Vaccines for healthcare workers are strongly encouraged, but not mandatory

Vaccines for healthcare workers are strongly encouraged, but not mandatory

As he did on Tuesday, Prime Minister Blaine Higgs offered condolences from his wife, Marcia Higgs, and herself in a press release.

“On behalf of all New Brunswickers, we extend our sincere condolences to their family and friends. “Our thoughts and prayers are with all those who grieve in this difficult time,” said Higgs.

There are now 230 active cases of coronavirus in New Brunswick as a result of seven additional recoveries as of Tuesday.

The province has repeatedly acknowledged that the situation is now dire in the province; setting new regulations and sliding all regions into the orange phase of New Brunswick’s COVID-19 recovery plan.

Illustrative it is illustrative to look back at the beginning of this pandemic to understand how quickly cases spread during 2021 in New Brunswick.

Compare that to what has happened in the province since the beginning of 2021, where New Brunswick has now reported 237 cases in just 13 days.

Since the beginning of the pandemic, the province has reported a total of 836 cases of the virus, of which 593 are considered to be recovered.

COVID-19 to impact the cruise season again in 2021

The 19 new cases reported Wednesday have spread across the province to various health areas.

In the Moncton region, the province reported a single young case, an individual between the ages of 50 and 59.

The Campbellton region reported a single new case Wednesday: an individual between the ages of 40 and 49.

The Bathurst region also reported a single case: an individual between the ages of 30 and 39.

Health officials say all cases are self-isolating and under investigation.

The province also issued a confirmed COVID-19 case report at two schools in the province.

A single case was confirmed at the Edith Cavell School in Moncton on Tuesday. Students and staff were instructed to stay home on Wednesday in order to allow contacts to be tracked.

The school will contact the parents to communicate what the lesson will look like for the rest of the week.

The second school to report a confirmed case is Cit Des Jeunes A.-M.-Sormany in Edmundston.

Students followed their normal schedules on Wednesday, and officials say no significant impact on learning is anticipated. However, some students will continue to learn from home over the next few days.

In both cases, the province says close contacts will be notified. If families are not notified, they are not considered close contact.

The province announced it had completed 166,003 tests as of Tuesday.