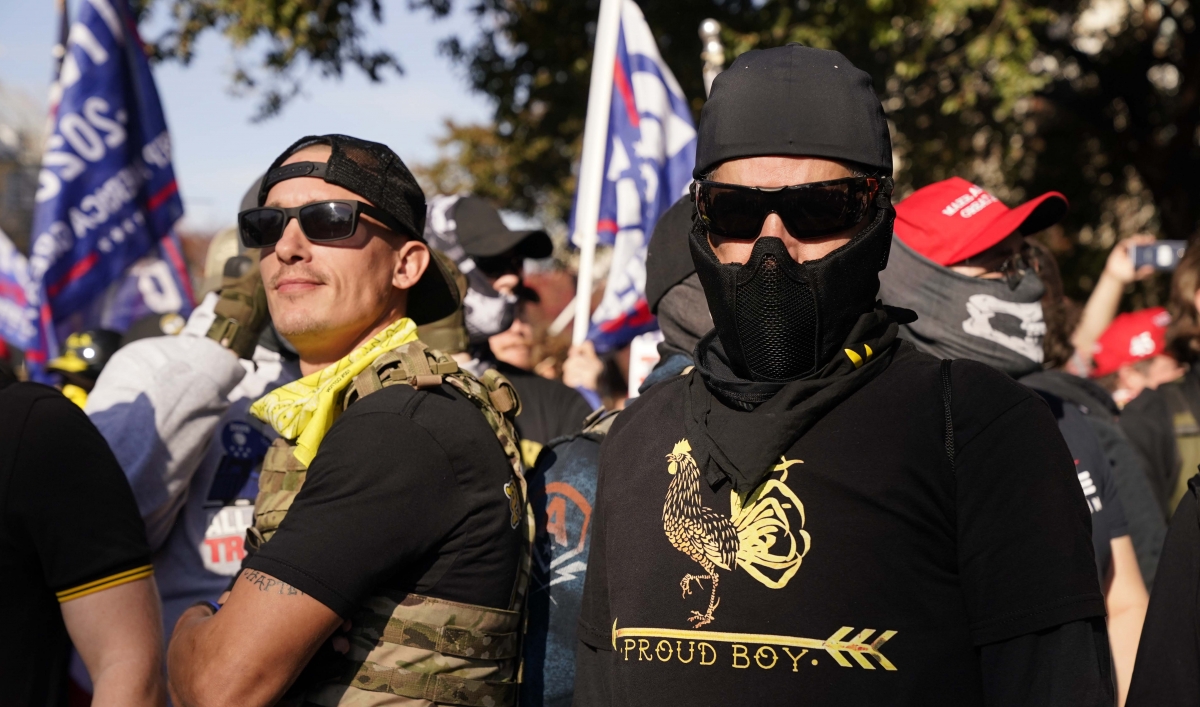 In recent weeks the crisis in the American capital has sparked a public debate in Canada about white extremism within its borders.

Last weekend, Canada’s Public Safety Minister Bill Blair said the government is considering the appointment of the Proud Boys, a far-right extremist group involved in the US capital riots, a terrorist group. The group was founded by a Canadian and supports US President Donald Trump.

Marco Werman: Defining Proud Boys a Terrorist Group What would this change and how important do you think this consideration is?

David Hofmann: It has symbolic value. But as an expert in this field, I am of the opinion that it has no real strategic value. What that means is basically that they can be tried and held criminally liable under the Canadian Penal Code for group membership. So we do not usually outlaw group membership in Canada. You can also be in the case of organized crime, you can be a member of an organized crime group, you can be a member of the card-carrying mafia. But this is not technically illegal in Canada. Are activities related to being a member of that group. So when one of these groups is designated as a terrorist group in Canada, group membership is illegal and they can only be tried for being a member. And here is the problem. If the Proud Boys are designated a terrorist group in Canada, it will cause them to disband, but members are still present. It does not change the ideas of the members. What will happen and what actually happens often in the Canadian context, and the American context also within an extreme right-wing extremist movement, are they fractures and they are often reformed and formed.

Beyond Proud Boys, you have also followed the rise of other white extremist groups in Canada. What is happening?

Perhaps the biggest and most troubling development for Canadian researchers of far-right extremism is the presence of American-style paramilitaries in Canada. As of 2016, we have in every single province in Canada at least one American-style militia group of individuals carrying assault rifles, involved in weekend-style military drills. And perhaps most shockingly, their ideology surrounds this concept that there is a kind of inevitable conflict, usually based on race, sometimes based on religion, sometimes a mixture of both, where they are preparing to survive some kind of event apocalyptic cataclysmic. And they will emerge from this event to create a white ethno-nationalist state. Againsht again, this transplant of far-right ideas from the United States to Canada.

I know you have also noticed some demographic changes in who is joining these groups. What are you looking

Yes, when we were thinking of far-right extremists in the ’80s and’ 90s, it was typically a general male demographics and a new male demographics within the last five to seven years or so in Canada. It is no longer just the young, angry whites. We have seen an increase in older men. Women are also becoming more involved. And this is something that is very often overlooked, not only in Canadian literature but in the American scientific literature on right-wing extremism.

Similar: Fiona Hill: US Capitol attack has ‘elements of a civil conflict’

You mentioned Canadians who are imitating American-style militias. What does it have to say about networking between white extremists in Canada and the US? Have those cross-border connections increased?

Yes, I would venture to say that they are so intertwined to a point where the far-right Canadian landscape cannot exist without some sort of connection, at least ideologically and operationally, to the American context. And I’ll give you an example, actually. In Canada, about last year, we had a high-profile case of a Canadian soldier, a Canadian reservist named Patrick Matthews, who belonged to an extreme right-wing American movement called The Base.

The basis which is also the translation of al-Qaeda, interesting.

Yes it is. And that makes you think, right? When the news of this Patrick Matthews entered the media circle, he fled to the United States. He was eventually arrested by US police. But here is a perfect example. These international connections and international cooperation between American and Canadian groups is extremely common. And a good portion of our groups up here are chapters of American groups.

Has Canada been slow to recognize the threat of white extremism compared to other threats to national security?

Five or 10 years ago, there was an idea that this kind of far-right violence could not happen here. It just isn’t part of what it means to be Canadian. For example, there is no second amendment or culture of arms here. There is a very, very small virulent, but it is not widespread. Some of the concepts of personal freedom that have been taken to the extreme do not violate me, that kind of mentality is not ubiquitous in Canadian culture. These form some of the main components of the far right in America. And it’s not that they are not here in Canada, but again, because they are not so prevalent, the people who adhere to them in Canada, those kinds of ideas in Canada, find it very difficult to recruit Canadians. So what we found is when American ideas that are not to your liking for the average Canadian go this far, they go through a process of Canadianization where they will release some elements that do not resonate with Canadian culture in an attempt to make it attractive. .

How was the attack on the US Capitol seen in Canada?

To see one of our closest neighbors go through an event like this, does it cause a moment of reflection, a moment of introspection. Causeds made us wake up a little.

This interview has been edited and condensed for clarity.

New research claims that your face can upset your political beliefs