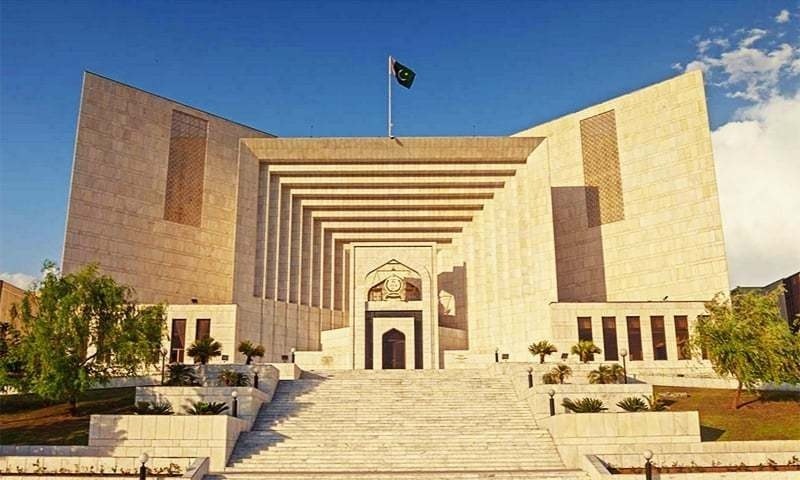 ISLAMABAD: A Supreme Court judge noted on Wednesday that the government had come to seek a legal opinion from the rooftop court under its advisory jurisdiction over a political issue but its essence was in morality.

Your direction is above morality, but the issue is political and you are seeking a legal opinion, Justice Yayha Afridi observed as he pointed towards the Attorney General for Pakistan (AGP) Khalid Jawed Khan.

Justice Afridi is one of the members of a five-judge panel that is hearing a presidential petition seeking the opinion of the courts on whether the condition of secret ballot under Article 226 of the Constitution applies to Senate elections or not.

Earlier, during one of the proceedings, Justice Afridi had also raised the issue of the consistency of the presidential reference by asking why the court should enter into controversy when it should not withdraw from the political arena.

Also Wednesday Justice Afridi asked the AGP why the government was involving the Supreme Court in the matter when it could bring changes and decide the matter in parliament.

The AGP said the government was asking the Supreme Court to interpret Article 226 of the Constitution and explain whether the Senate elections fell within the scope of this provision or not. And the consequences of answering the question of whether this should be done through secret ballot or open voting will then be taken by parliament itself at a later stage.

AGP Khan argued that he could cite at least 11 examples where the questions at first seemed political but in the end the Supreme Court interpreted these as in cases of dual nationality where members were also disqualified, appointment of judges, declaration of property and registration of letters of appointment.

There are two paths to elections, one through buying and selling votes while enjoying the horse trade, and the other is holding elections based on a purist and transparent system, he argued, adding that the Supreme Court must answer for the progress of a system which ensured transparency in the electoral process.

Therefore, this question has no political overtones, he said, adding that KS judges should be concerned about what was stated in the media.

According to you, free voting means secret ballot, said Justice Ijaz-ul-Ahsan, adding that the underlined philosophy that the AGP was propagating was that if a voter wanted to vote, regardless of the directives of the political party to which he belonged , then he must have the courage to stand up and say openly but then also be willing to face the consequences that may come in the form that his party may deny him and not give party ticket for the next election.

When members of a provincial assembly participated in elections to elect senators, the AGP argued, this was not done under a free vote and when it was not a free vote then it could not be done through a secret ballot. For the Senate election, he said, a member of the Provincial Assembly (MPA) was the bearer of party consciousness because he himself was elected under a separate party ticket.

The AGP claimed that if anyone believed he was free to vote for anyone, then he should resign first and come after running the election independently because an MPA was a trusted administrator and thus bound by the discipline of the political party to which he belonged.

But Chief Prosecutor Gulzar Ahmed, who was heading to the bench, noted that the concept of trustee was foreign to the Constitution.

Referring to Article 225 of the Constitution, which states that elections to the National Assembly or Senate or a provincial assembly may not be called into question except by an electoral petition in the election court, the AGP said that this provision did not apply to presidential elections, the Prime Minister, the President and Vice-President of the National Assembly and the President and Vice-President of the Senate. This clearly shows the intention of the drafters of the Constitution, he said.

In addition, he explained, the elections of the president and prime minister could not be challenged under any law because these were held under the Constitution and not under the law.

The AGP said the Constitution provided for the creation and composition of the National Assembly, the Senate and the provincial assemblies, and being representative in character, these bodies would be constituted through elections. Thus, while these bodies were created by and under the Constitution itself, he added, their elections being a long and complex process that stretched in many stages were conducted under the law which was currently the Election Act, 2017.

On the contrary, the AGP explained, an office such as the president was not only set up by and under the Constitution, but its electoral process is also ensured under the Constitution itself. This is a fundamental difference for the purpose of interpreting Article 226 which is the topic of actual reference, he said.