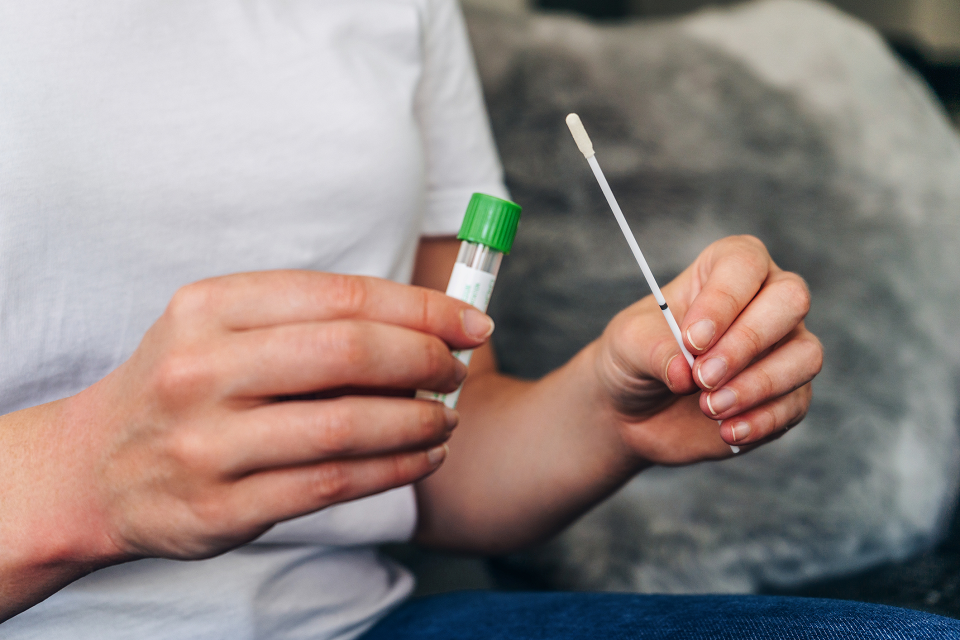 More than one million people were contacted and told to self-isolate during the first week of 2021 people who might otherwise have infected others. This means that 92.7% of contacts, and 86.6% of those that were positive, were reached during the new year week. This is an increase of 48% (331,758 more) compared to last week.

As many more people are being reached and told to self-isolate, the government is extending the Test and Trace Support Payment Scheme until the end of March 2021. The scheme provides 500 payments for people who are told to self-isolate but are in low income, can not work from home and risks losing profits, making it easier for people to adhere to the requirements of self-isolation.

People can also be confident that if they have symptoms and need a test, they can get one. The NHS Test and Trail The network of extremely expanded evidence sites now has more than 800 evidence sites in operation, including 432 local test sites. The average distance covered for a test is only 2.4 miles, compared to 5.1 miles recently in September.

To add to this, a fleet of 500 new and improved mobile testing units (MTUs) will hit the streets this week. MTUs were first introduced in April 2020 and they have performed over 4.3 million tests so far. During the last 9 months, MTUs have been first on the scene in a considerable number of explosions and critical moments, including testing carriers in Dover and supporting the pilot of the mass testing in Liverpool.

In addition to the existing symptomatic testing service, the NHS Test and Trace has set up an important program to pilot new testing technologies to actively test asymptomatic individuals and improve detection of positive case services.

This comes after the announcement in recent weeks that the community testing offer is expanding across local authorities in England to test asymptomatic people.

NHS Testing and Tracking is providing an essential and impressive service. Truly it is extraordinary that a service that was set up just last spring could now have contacted more than a million people in a single week, telling them to self-isolate and protect those around them. Although infection rates continue to rise, there is no doubt that levels would have risen by much more if the NHS Test and Trace had not tested the 2.6 million people who provided the tests, or contacted such a large proportion of them. that tested positively. I want to thank the efforts and dedication of everyone involved.

As our testing capacity continues to grow as part of governments ’winter plan, the NHS Test and Trace is also deploying hundreds of thousands of rapid tests to identify asymptomatic cases. About 1 in 3 people with COVID-19 show no symptoms, which means you can infect others unknowingly. It is therefore important that we continue to follow public health guidelines, and we all play our part by following the rules and reducing our social contact to slow the spread of the virus.

As cases increase across the country, so do NHS Test and Trace requirements. It gives me great pride to see our teams grow to meet that challenge. We are making the tests available to anyone who needs one, and we are reaching a large portion of those who are positive and their contacts more than a million this reporting week. Anyone who works in NHS Testing and Tracking and using the service can feel confident that what they are doing is contributing to saving lives and protecting the NHS.

They are not stopping here. We are constantly looking to make the system faster and easier to use. A fleet of 500 new and improved mobile testing units will be deployed in areas of greatest need, adding to our already extensive network of test sites, while testing capacity in our laboratories continues to grow, with capacity now in more than 790,000 tests per day.

Over the past few months, the government has set up the largest network of diagnostic testing equipment set up in British history. More than 58 million tests have been performed in the UK so far and more than 6 million cases and contacts have been reached and told to be isolated from contact trackers.

Launched on 28 September 2020, the Test and Trace Support Scheme is administered by the lowest and most unitary authorities in England, with an initial € 50 million of government funding for local authorities to cover the cost of administering the scheme.

To ensure that people continue to have access to the support needed to stay home and reduce COVID-19 transmission, the government is now providing an additional 20 million to local authorities to cover the cost of the scheme. This includes an additional $ 10 million to enable local authorities to continue making free payments to people who are outside the scope of the main scheme but who will face difficulties if self-isolated is required.

As of January 6, more than 58 million tests have been processed in the UK in total since the start of testing, more than any other comparable European country.

For this reporting period, the return times for test results remained consistent with the previous week, with 62.9% of personal test results returned the day after taking the test, compared to 63.0% a week earlier. 94.7% of the Pillar 1 test results were made available within 24 hours. This has remained largely consistent since the inception of the NHS Test and Trace.

The NHS Test and Tracking Laboratory Network processed the samples as normal with the same capacity level, including bank holidays, to ensure service continuity.

388,257 positive cases were transferred to contact trackers between December 31 and January 6, 86.6% of which were reached and said to isolate, compared to 85.8% the previous week.

Weekly statistics from the 32nd week of the NHS Test and Trail show in the most recent week of operations (December 31 to January 6):

After 98% of Pop IPO, 3 confirmed risks to the purchase of securities