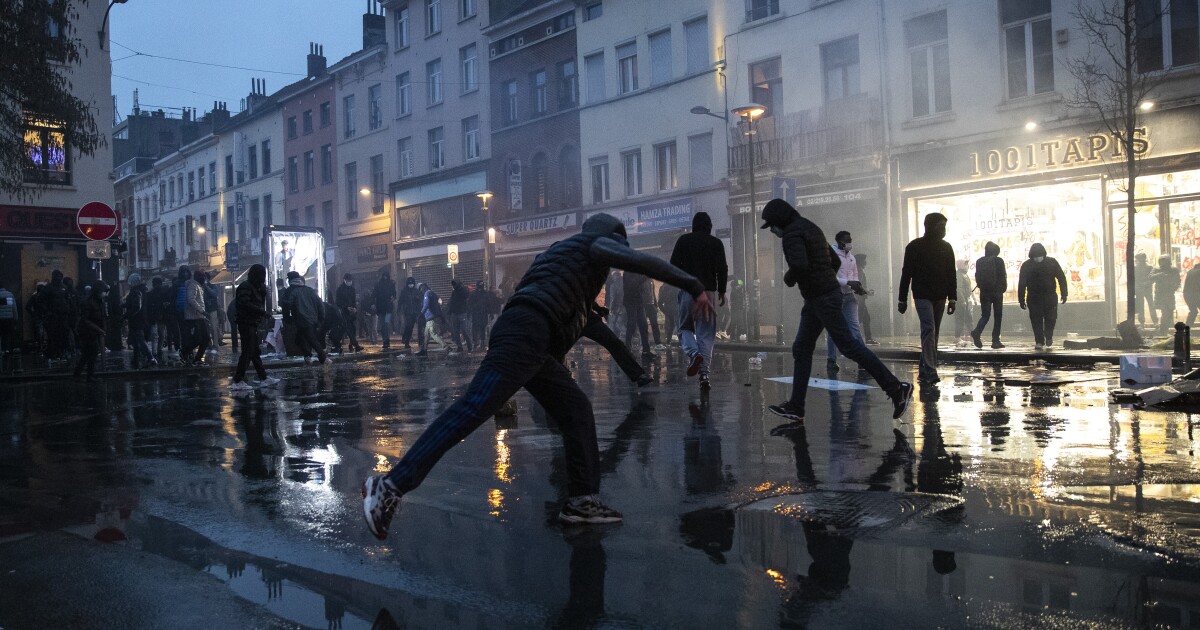 Police in Belgium have arrested 116 people after a violent protest over the death of a young black man collapsed in custody.

Police said most of the violence occurred after a largely peaceful demonstration Wednesday by about 500 protesters, some carrying signs of Black Life ended in the center of Brussels.

A group of demonstrators [50-100 people] remained in place and caused various incidents, police said in a statement, adding that several officers were injured in the clashes.

According to the statement, protesters threw shells, set fire and damaged street furniture and police vehicles. They also broke a window and a door at a police station. In all, 116 people were arrested, including 30 juveniles, and one protester was received by ambulance services, police said.

Justice must bring to justice those who vandalized and injured five police officers, including one police officer who is hospitalized, federal police captain Marc De Mesmaeker told RTBF on Thursday. This must be done carefully, just as the other aspect of the event, Ibrahim’s tragic death, must be treated with care.

Belgian prosecutors have demanded that an investigating judge be appointed after the death of a 23-year-old Black man identified by authorities only as IB The prosecutor’s office said he was arrested on Saturday after he allegedly tried to flee from police who were checking people gathered downtown despite COVID-19 restrictions on social gatherings.

He was taken to a police station, where he fainted, and then transferred to a hospital, where he was pronounced dead, the prosecutor’s office said.

The office said Belgians Comit P, an independent body overseeing the police, is investigating and a doctor has been appointed to perform an autopsy as well as toxicology tests. Belgian media reported that the man had started registering police with his phone when officers decided to conduct an ID check on him.

The prosecution said it had captured images of video surveillance, both from the police station and from the place of arrest of the persons.