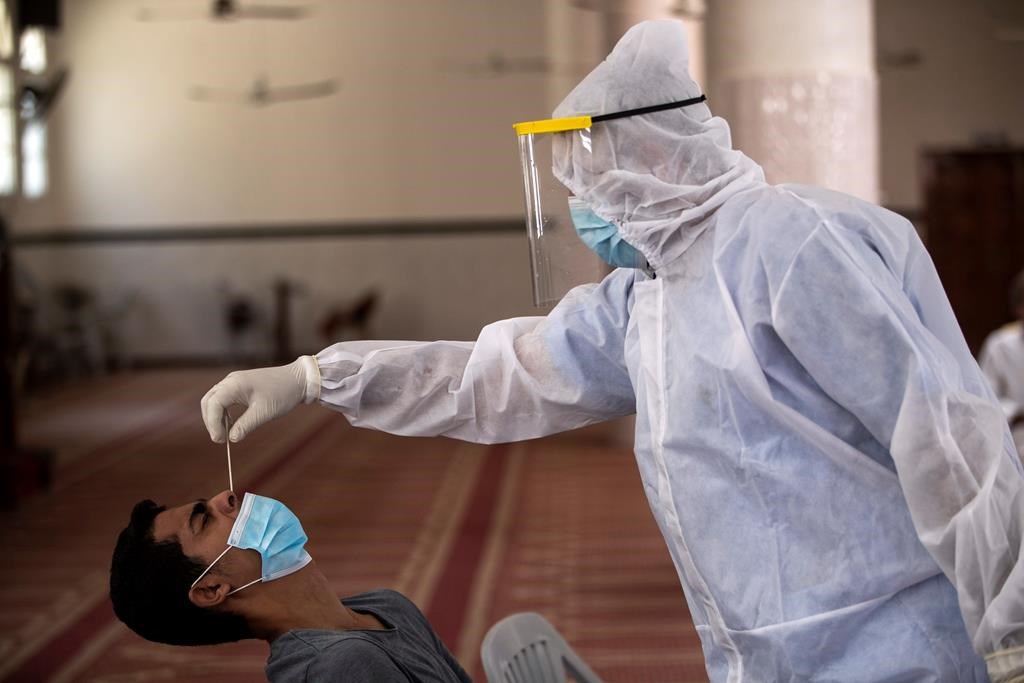 RAMALLAH, Palestinian Territory The Palestinian Authority said Monday that Israel was preventing it from sending coronavirus vaccines to the Gaza Strip intended for frontline workers in territory controlled by the Islamic militant group Hamas.

Palestinian Health Minister Mai Alkaila said in a statement that Israel bore full responsibility for blocking the shipment of 2,000 doses of Russia’s Sputnik V vaccine purchased by the PA, which governs parts of the Israeli-occupied West Bank.

The PA has said it will share its supply of vaccines with Gaza, where the Islamic militant group Hamas took power from its forces in 2007. The territory, which is home to more than 2 million Palestinians, has not yet received any vaccines. Authorities there have reported more than 53,000 cases and at least 537 deaths since the pandemic began.

Israel and Egypt have imposed a blockade on Gaza since the takeover of Hamas. Some Israeli lawmakers have said that Israel should only allow vaccines in exchange for progress in freeing two captive Israelis and the remains of two Israeli soldiers held by Hamas.

An Israeli official said Israel has received a request to allow 1,000 doses of Sputnik V to be delivered to Gaza that was still being discussed late Monday.

It was not blocked. They are still reviewing it, the official said, speaking on condition of anonymity to discuss high-level discussions.

In a discussion Monday in Israel’s foreign and defense committee, Chairman Zvi Hauser asked a representative from Prime Minister Benjamin Netanyahu to the National Security Council for details on vaccine transfer policy.

Hauser asked if the government intends to demand the return of the troops and captives or to request that the Red Cross be allowed to visit the captives there, or at least seek information about them. He also expressed concern that the vaccines would go to Hamas and not to medical workers.

National Security Council official Roi Binyamini told the panel that the government had no intention of sharing the supply of Israel vaccines with Gaza. But he said the government was weighing in on requests from other parties to allow PA to deliver its vaccines to Gaza. He said he expected a decision to be made soon.

Israel has launched one of the most successful vaccination programs in the world, inoculating more than a third of its 9.3 million population since December.

Rights groups say it has an obligation as an occupying power to share its vaccines with the Palestinians. Israel denies having such an obligation and says its priority is its citizens. The Palestinian Authority has not publicly requested vaccines from Israel and says it has secured its supply through the World Health Organization and agreements with drug manufacturers.

Still, Israel provided 2,000 doses of the Moderna vaccine to the PA earlier this month, allowing it to start vaccinating medical workers, and the PA says it independently acquired another 10,000 doses of the Sputnik V vaccine. Permission needed of Israel to transfer them to Gaza.

Hamas is believed to be holding two captives, an Israeli of Ethiopian descent who entered Gaza shortly after the 2014 war and an Israeli Bedouin Arab national. She is also holding the remains of two Israeli soldiers killed in the war. In return, Hamas is likely to demand the release of a large number of Israeli-held Palestinian prisoners, including individuals implicated in deadly attacks.