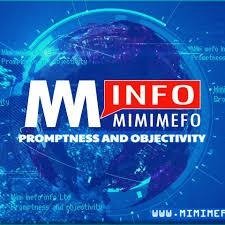 The Ministry of Defense has issued a statement acknowledging the fact that elements of the defense forces tortured a civilian until he lost consciousness in Ndu. The statement from the Director of Communications for the Ministry of Defense, Colonel Cyrille Serge Atonfack, also revealed that the appropriate torturers identified in the viral video are being held in custody at the Ndu Gendarmerie. In the communiqué, MINDEF condemned the actions and stressed the need for respect for Human Rights as soldiers perform their duties.

The people of Lebialem who live in Yaound have decided to organize a protest march against the murders of four chiefs on February 13, 2021. The people of Lebialem are pointing fingers at the accused in “Field Marshall” for leading the murders. They plan to appear in their issue at the National Museum esplanade, where they will denounce the actions of separatist fighters in Lebialem. The press release announcing the march was signed by Minister Paul Tassong of the Ministry of Regional Planning and Development.

At least thirteen people have been rescued from an Ambazonian camp in Lebialem by the army. Sources say the people were abducted by separatists as they decided to offer a convenient burial of the four traditional rulers killed.

The entrance gate to the city of Foumban that was set on fire a few months ago and rebuilt by the Sultan of Bamum, Ibrahim Mbombo Njoya was officially inaugurated yesterday. The ceremony was presided over by the Sultan and was attended mainly by the population of Foumban. The gate is a cultural heritage for the Bamum people as it hosts every traditional rite, especially the protection of the palace.

The Tokombre population says Maurice Kamto is a man they can trust to ensure the safe release of their son Mamadou Mota, First Vice President of the Cameroon Renaissance Movement party from prison. Mamadou Mota accompanied by Maurice Kamto and other personalities, arrived in his village yesterday. Mota spent two years in prison.

Renowned CRTV sports journalist Ren Katche has received the ‘Journalist of the Year’ award at National Station after a year full of events from the mediator. Ren Katche is a graduate of the University of Buea, Department of Journalism and Mass Communication. The award was presented to him today by CRTV CEO Charles Ndongo.

Christophe Ousmanou, coach of the Cameroon U20 Lions, abruptly stopped a press conference in Mauritania in protest against a question over the real age of his players. The question by a Mauritanian journalist was assessed by Cameroonian technical staff as an insult. Cameroon beat Mauritania by one goal against Zero in the opening match of the U20 African Cup of Nations.

There is uncertainty whether the Cameroonian Football Professional League will start as instructed by the President of the Republic. Despite a ruling by the Court of Arbitration for Sport suspending the administration of Seidou Mbombo Njoya at the helm of FECAFOOT, he has called a meeting with club presidents tomorrow.

Chad has called on foreign powers to urgently increase funding for Sahel development. Speaking at a summit on Islamic violence in the region, Chadian President Idriss Deby said fighting poverty would help defeat militancy. French President Emmanuel Macron is attending the meeting via video link. France last year increased its deployment to the Sahel to more than 5,000 troops.

An emergency stockpile of 8,000 Ebola vaccines held in reserve in the Democratic Republic of Congo is being used to fight a resurgence of the disease that began earlier this month. The first people to be vaccinated were health workers at Matanda Health Center, where the first Ebola patient was treated. They were given the single-dose rVSV-ZEBOV vaccine – better known as Ervebo

Tributes are flooding social media for veteran Kenyan politician Mohamed Yusuf Haji, who has died in Nairobi at the age of 80. Until his death, Mr. Haji headed the Special Forces of the Bridge Construction Initiative (BBI), which is working on recommendations on how to end cyclical electoral violence. Former Prime Minister Raila Odinga described Mr Haji, who also represented Garissa’s north-east district in the senate, as a dedicated patriot and a humble servant.

Nigerian President Muhammadu Buhari has congratulated the new head of the World Trade Organization (WTO) – who previously served as his country’s finance minister before going on to become managing director of the World Bank. Ngozi Okonjo-Iweala was appointed director general of the WTO on Tuesday by consensus at a special meeting of the General Council of the body. Shortly afterwards the Nigerian president said in a statement that “the renowned and well-known Harvard economist takes on another difficult task to serve the world and humanity”, adding that he “believes that its history of integrity, diligence and the passion for development will continue to yield positive results and rewards for humanity. “

A formal investigation into the “capture of the state” in South Africa will present documents against former President Jacob Zuma once again challenging a court summons, its chairman says. Mr Zuma failed to appear before the commission of Deputy Chief Justice Raymond Zondo despite the Constitutional Court ruling that he was obliged to do so. The allegations that Mr. Zuma led over a wide network of corruption while the president is the focus of the investigation. It is alleged that his allies used his close relations with him to win lucrative state contracts and to exert undue influence on state affairs.