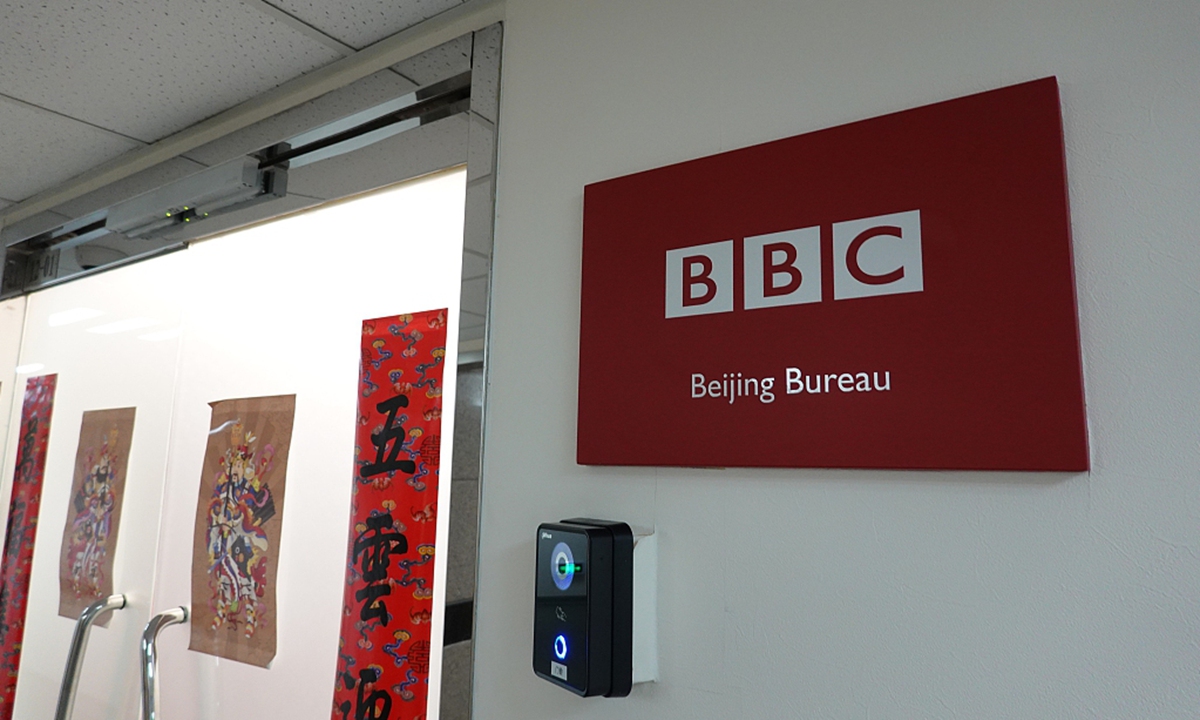 The Chinese Foreign Ministry said Thursday that China’s ban on BBC World News is justified, reasonable and lawful in response to the revocation of the UK license of the Chinese news network CGTN, which was harsh and unreasonable. .

Foreign Ministry spokeswoman Hua Chunying said that following the investigation by the National Broadcasting Administration of China (NRTA), reports on China affairs by BBC World News had seriously violated related regulations, violated the requirement that the news be true, and rights, harm China’s national interests. and undermined China’s national unity, so the channel does not meet the conditions for foreign channels to be broadcast in China.

NRTA will not accept BBC World News’ application to operate in China in the new year, Hua said.

As people can see, the BBC has repeatedly produced and reported fake news with a strong ideological bias against China, spreading false information on the Hong Kong, Xinjiang and COVID-19 epidemic issues to attack and discredit China , said Hua.

She listed some examples. Since 2019, the BBC has always chosen to ignore violence from protesters when covering Hong Kong issues, blaming “the brutality of Hong Kong police for increasingly violent protests”. In Xinjiang-related reports, Beijing-based BBC reporters used only a few unrealistic satellite images and so-called reports of anti-China people to fabricate “lies of the century” to attack and defame Xinjiang. In reports related to the COVID-19 epidemic, the anti-terrorism drill video was even cited as “evidence” of China’s violent anti-epidemic efforts.

She criticized the UK as hypocritical as on the one hand proclaiming freedom of the press while allowing its media to make false reports and dismiss the political nature of the CGTN.

Hua said the people of the UK have not avoided dealing with Chinese people, nor have UK businesses refused to do business with Chinese companies, or the UK government has refused to cooperate with China on major international and regional issues because China is a place under the leadership of the CPC Why are you now working with the Chinese media a problem? Hua asked.

Hua’s response came after Western media claimed that China’s ban by BBC World News was a countermeasure to CGTN’s ban in the UK. British Foreign Secretary Dominic Raab on Thursday denounced the Chinese authorities’ decision, saying it was “an unacceptable restriction on media freedom”.

Hua said the UK ban is a political blow to the CGTN. As an international professional media organization, CGTN strictly adheres to UK laws and regulations and professional journalistic ethics, and adheres to the principles of objectivity, fairness, truthfulness and accuracy in news reporting. CGTN is internationally recognized for its professionalism.

For the past 18 years since its inception in the UK, CGTN has carried out a good partnership with the UK. It has played an important role in enhancing understanding and communication between the Chinese and British people, promoting cultural exchanges and people-to-people between the two countries, Hua said.

However, Ofcom, the UK media regulator, in February 2020, suddenly started proceedings to revoke CGTN’s license for its English-language news channel, citing the political nature of the channel and that broadcast license holders could not be controlled. by political bodies.

Although this move went without justifiable reason, CGTN has shown great sincerity in fully cooperating with Ofcom’s claims and seeking to resolve the matter in a constructive manner during the investigation, she added.

However, it was outrageous that Ofcom has consistently rejected China’s suggestions and arbitrarily revoked the CGTN license on February 4th.

The facts have proved that this move was not a so-called technical problem from beginning to end, but a political repression by a strong ideological bias, Hua noted.

China has always been open and welcoming to foreign journalists, including those from the UK, to report to China, and has provided facilities for them to work and live in China.

What China opposes is ideological prejudice against China, fabricating news under the pretext of so-called freedom of the press and acts violating the professional ethics of the press, Hua reiterated.

China urges the UK to immediately stop political manipulation and correct its mistakes, Hua said, stressing that the country reserves the right to make further justifiable and necessary responses.