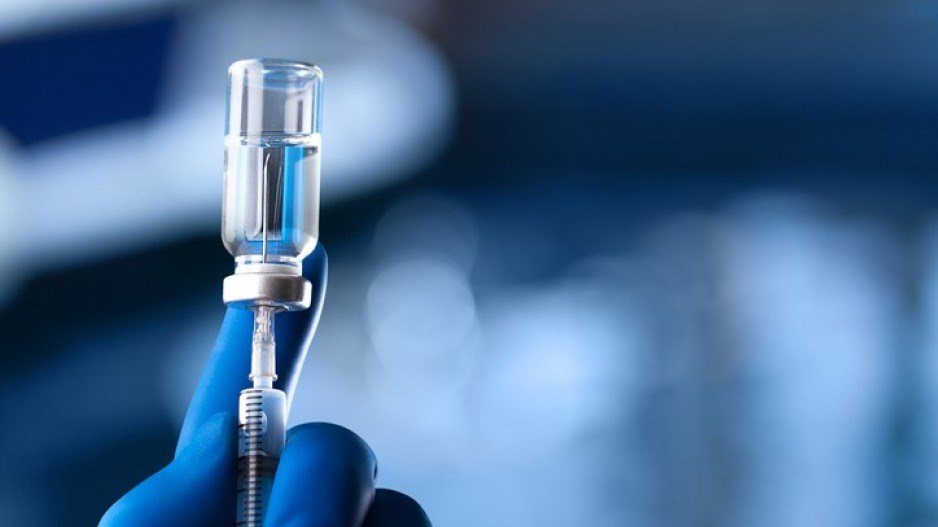 The province reports 12,250 vaccinated as it prepares to step up mass vaccination efforts

A record number of British Colombians received the vaccinations in a single day this week as the province prepares to step up mass immunization efforts in April.

Dr. Reka Gustafson, deputy head of the provincial health province, revealed during an announcement Friday (February 19th) that 12,250 people received their shots the day before.

To date, the province has administered 192,942 doses since vaccines began arriving in mid-December.

Of those vaccinations, 36,923 were for a second dose. Vaccines from Pfizer Inc. and Moderna Inc. require two doses for maximum effectiveness.

“This is very good news,” said Gustafson, who was serving as provincial health officer. Bonnie Henry.

Health Minister Adrian Dix said more than half of the 12,250 doses administered Thursday – 6,271 – were second doses.

“The only issue that hinders the immunization campaign at this stage is supply,” he told a news conference.

Canada has experienced a significant vaccine shortage in recent weeks amid delays by Pfizer and Moderna.

But federal officials have confirmed over the past week that Pfizer and Moderna will meet their contracted guarantee of six million total doses by the end of March.

Another 23 million doses from competing manufacturers are expected this spring.

That will drop slightly in the last week of March when the pharmaceutical giant is scheduled to deliver 59,670.

Moderna is expected to deliver 16,400 doses in BC next week, but the exact allocations thereafter remain obscure as Ottawa expects specifications from the manufacturer.

Meanwhile, more jurisdictions across the globe have delayed the intervals between the first and second doses in an effort to inoculate as many people as possible. This strategy would provide protection for more people, but less effectively.

Gustafson said there was a “rigorous public health debate about this”.

Earlier this week, a couple of Canadian doctors profiled such a strategy in a correspondence featured in the New England Journal of Medicine.

“With such a very first protective dose, the benefits that come from a small supply of vaccines can be maximized by postponing the second dose until all members of the priority group are offered at least one dose.” Danuta M. Skowronski from the BC Center for Disease Control and Dr. Gaston De Serres of the Institut National de Sante Publique du Quebec write in an excerpt published Wednesday.

Gustafson said health officials are reviewing the data “very, very carefully and evidence is being gathered to support it as a possible approach to maximizing protection in the population”.

Amid persistent shortages of vaccine deliveries, BC has already delayed the interval between two doses.

Both vaccine manufacturers recommend an interval of about three to four weeks between doses. BC initially extended that interval to 35 days in January and then to 42 days a little later.

Vaccinations for the wider population will begin in April after the province’s most vulnerable people and front-line health care workers are immunized in the coming weeks.

After British Columbians aged 80 and over, indigenous seniors over the age of 65 and other hospital staff receive the vaccines by the end of March, the province will pass on to those aged 75-79.

Vaccines will continue further in parentheses for the age of five.

The initial plan to spread the province is based on the assumption that it will only have access to the Moderna and Pfizer vaccines.

But if more vaccines are approved by Health Canada, provincial officials have previously stated that BC will increase immunization plans for the 4.3 million residents qualified for the vaccines.

Those under the age of 18 are currently not eligible for vaccinations, but this may change if more vaccines are given the green light by regulators.

Without any mention of Donald Trump, Joe Biden declares that the United States is “ back ” on the world stage. But which America?