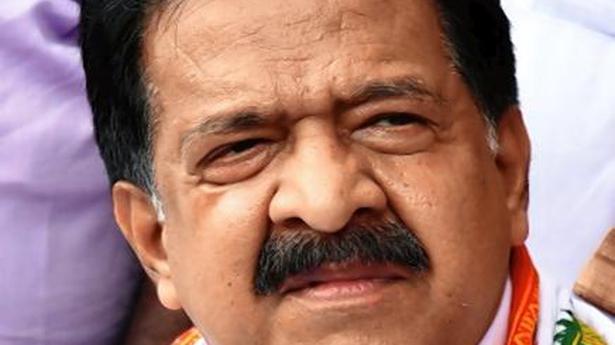 Opposition leader Ramesh Chennithala has called for a judicial inquiry into the Left Democratic Front (LDF) government’s “fraudulent” initiative to open the door to a US-based fishing firm, EMCC International, to dive deep into the deep sea. Kerala.

The government had advanced the “mega scam” to give an unfair financial advantage to the foreign firm to the detriment of the livelihood of traditional fishermen in Indian territorial waters.

Mr Chennithala claimed the government conspired with the company to avoid banning foreign fishermen. She did this by tricking the Kerala Transportation and Navigation Inland Corporation (KSINC) under Chief Minister Pinarayi Vijayan into signing an agreement with the EMCC to build 400 deep-sea trawlers and seven mother boats at local yards instead of importing equipment .

The scheme was to help the foreign firm fake flag fishing operations in the deep waters of the State, he claimed.

Mr Chennithala said the government’s cunning strategy also provided for allowing the American firm to hire traditional fishermen in their trawlers to give its deep-sea operations a legal cover.

The government had kept the door open for the firm to downgrade traditional fishermen to serf status.

The owner of the fleet will deal with the maritime property of the State. It would pay fishermen, the real heirs, the wealth of the ocean, a mere portion of their projected profits. The Congressional exposure had thwarted the government conspiracy, for now, he said.

However, the danger had not passed. The administration had kept the agreements pending. The LDF will resurrect them if it wins the Assembly elections, Mr Chennithala said.

Kerala State Industrial Development Corporation (KSIDC) signed another agreement with EMCC to build modern fishing ports. He also allocated 4.5 hectares of government land at an industrial park in Alappuzha to help the firm set up a seafood processing unit, he said.

The intrigue of allowing a foreign firm to harvest the deep seas of the State was in process. Minister of Fisheries J. Mercykutty, Minister of Industry EP Jayarajan, Mr. Vijayan and representatives of the EMCC were part of the cabal. Corruption motivated them, Mr Chennithala said.

Fr. Eugine H. Pereira of the Latin Archdiocese of Thiruvananthapuram said those responsible for the plot to deprive fishermen of their livelihood would face their anger in the Assembly elections. At first glance, the government seemed to be trying to betray the interest of the traditional fishing community. The church would seek more clarity on the issue before taking an informed stance, he added.

Union State Minister V. Muralidharan said the Indian consulate in New York had warned the government that EMCC was a “paper company”. There was no physical address and it only existed in the virtual domain. However, the government had ignored the warning report and had moved forward with the deal. His motive remained highly questionable. Industry Minister EP Jayarajan denied that the Center had warned the state.

Acting Secretary of State of the Communist Party of India (Marxist) A. Vijayaraghavan said the government agreements with the EMCC were exploratory. The government canceled them after discovering it was against the State fisheries policy.

In 2017, the State government had stood side by side with fishermen to persuade the Center to withdraw fishing permits granted to foreign and domestic corporations to dive deep into the sea. The LDF was vehemently opposed to allowing owners or corporations of foreign or domestic fishing fleets to exploit the State’s maritime wealth. The false claims of Congress would make no impression on traditional fishermen, he said in Pattambi in Palakkad.