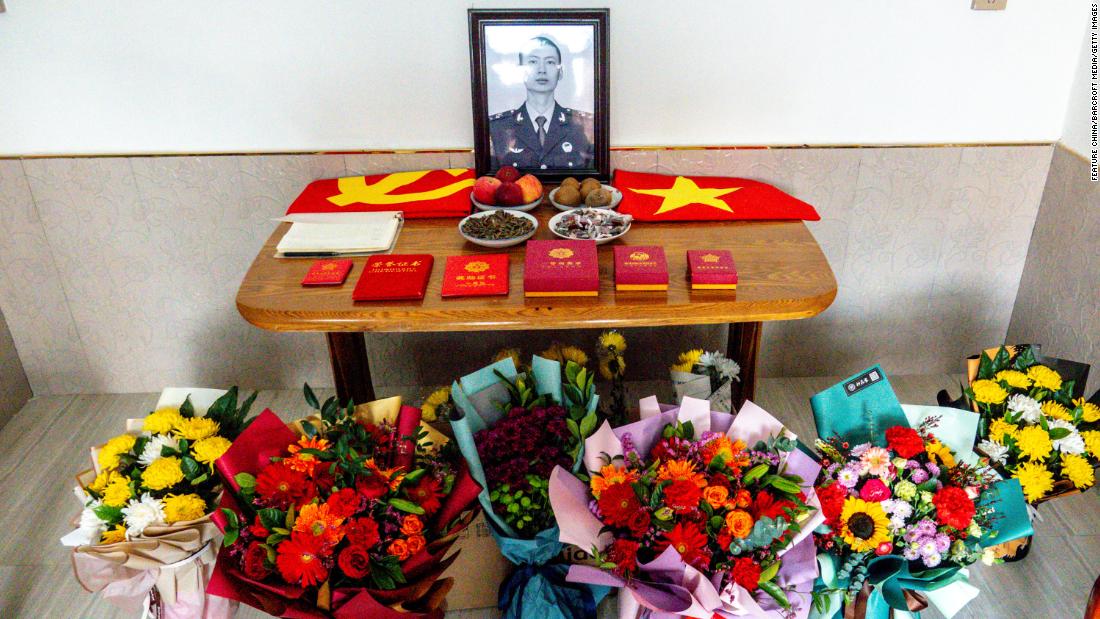 The police said six people were held in custody for up to 15 days across China, with another defendant living overseas facing custody upon their return.

Under Chinese President Xi Jinping, the government has cracked down on voices criticizing national heroes or questioning the official narrative about them.

In 2018, China passed a law banning people from “insulting or slandering heroes and martyrs.” Initially a civil case, the law will become a criminal offense in an amendment to the country’s criminal law, which takes effect next month. Under the amendment, people who “insult, slander or use other means to tarnish the reputation and honor of heroes and martyrs and to harm the public interest of society” could be jailed for up to three years.

The bans underscore Beijing’s sensitivity to the border clash with India – the deadliest between two nuclear-armed neighbors in more than 40 years.

For eight months, the Chinese military revealed no details on the death toll of the bloody hand-to-hand conflict with Indian troops in the Galwan Valley area of ​​the Himalayas. New Delhi previously said at least 20 Indian soldiers died during the clash.

On Friday, the official newspaper of the Chinese army detected that four soldiers of the People’s Liberation Army (PLA) were killed in the clashes and awards were given posthumously. According to the report, a regiment commander who was seriously wounded also received an award.

In a propaganda campaign that followed, the Chinese state media rushed to praise the five PLA soldiers for their loyalty, courage, and sacrifice, publishing long, exciting reports on their life stories.

State media also published the Beijing account of the incident, blaming Indian troops for violating an agreement with China and crossing the border on the Chinese side to set up tents. According to PLA Daily, the Chinese side was initially larger than the Indian troops that attacked with steel pipes, sticks and stones. But as the PLA reinforcements arrived, they eventually “defeated” the Indian soldiers and drove them away.

The Indian military has not responded to CNN’s request for comment. Delhi has previously blamed Beijing for the clash.

However, not every Chinese citizen is convinced by Beijing’s account of the incident.

On Friday morning, a well-known blogger with 2.5 million followers on China’s Weibo, similar to Twitter, raised questions about the official death toll, suggesting the real figure could be higher than four. “This is why India dares to publish the number and names of their victims, because from India ‘s point of view, they won at a lower cost,” he wrote.

In the evening, police in the eastern city of Nanjing had detained the blogger, identified by his last name Qiu, for “resolving quarrels and provoking trouble” – an act commonly used by the Chinese government to target dissent and criticism.

Writing on its official Weibo account on Saturday, Nanjing police claimed that Qiu had “distorted the truth” and “caused extremely disgusting influence in society”, adding that he had confessed to “his illegal act”.

According to police, a total of four Weibo users were banned for their posts or comments on other people’s posts. Two others were arrested for their comments in group chats on WeChat, the popular messaging app in China, after other members of the group reported them to police. The other person was caught by internet police on an “internet patrol” after he posted on his personal WeChat information.