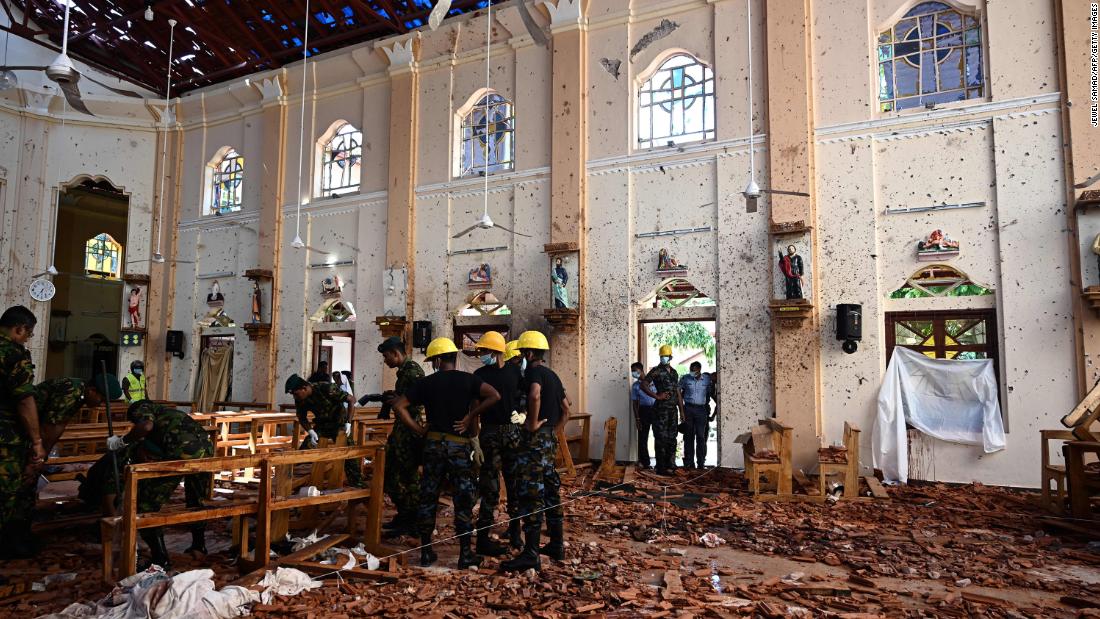 The commission of inquiry said Wednesday that “criminal proceedings” should be instituted against former President Maithripala Sirisena, who resigned in November 2019, for “criminal responsibility on his part” over the attacks.

On April 21, 2019, suicide bombers launched a series of coordinated attacks on three Catholic churches and three luxury hotels across Sri Lanka, killing at least 253 people and injuring 500 others.

In the immediate aftermath of the attacks, the Sri Lankan government acknowledged that it had failed to act on numerous warnings from intelligence agencies, including India and the United States.

Set up by Sirisena five months after the attacks, the commission found that the former President knew of a possible terrorist threat but “continued in India and then in Singapore from 16 April to 21 April without making any appointment to the post of Minister of Defense. ”

In its 472-page report, which was submitted to Parliament, the commission said it “has a criminal responsibility on its part” and recommends the Attorney General “consider instituting criminal proceedings against President Sirisena under any appropriate provision in the Criminal Code.” “.

He also said then-Prime Minister Ranil Wickremesinghe had a “soft approach” to Islamic extremism, which “was one of the main reasons for the failure”.

“Even after his appointment as Prime Minister in December 2018, he was not invited by President Sirisena to any meeting of the National Security Council,” the report said.

Nishara Jayaratne, co-ordinating secretary and spokeswoman for Attorney General Dappula de Livera, told CNN, “The attorney general will take action as soon as a copy of the report is received.”

Sirisena did not respond to repeated calls made to his Colombo residence by CNN. An employee who answered his phone said, “he is very busy today and will not receive calls.”

The former president at the time admitted he was abroad “for a personal holiday” when intelligence memoranda warning of a possible terrorist act were sent to the defense and Sri Lankan chiefs. But he said he “was not updated or informed of the information they received about the possibility of such a serious attack on our land”.
In the days following the attacks, Sri Lankan intelligence services said they believed the Easter Sunday suicide bombers had clear links to ISIS.
One of the warnings received before the attacks referred to the National Tawheed Jamath, or NTJ, a little-known local Islamic group. But officials at the time did not believe they could have acted alone.
Reports continued that the perpetrators came from the highest levels of Sri Lankan society. Some were overseas educated and at least two had connections to one of the wealthiest families in Colombo, with numerous expensive properties and successful businesses. Two of the suicide bombers belonged to a family of spice traders.
The office’s alleged mentor and leader, Zahran Hashim, was a radical Islamic preacher known to the authorities and the local Muslim community. Weeks before the bombings, India’s intelligence service warned its Sri Lankan counterpart that Zahran was planning an attack on churches and hotels.
The commission found that Zahran, who blew himself up at the Shangri-La Hotel in Colombo, “was in fact the leader and that he had informed members of his group about his intention to personally participate in the suicide attack.”

The report states that Zahran believed he was following in the footsteps of Tamim Ahmed Chowdhury, who was alleged to be the Emir of the Islamic State (ISIS) in Bangladesh. “Caf who killed 29 people,” the commission said.