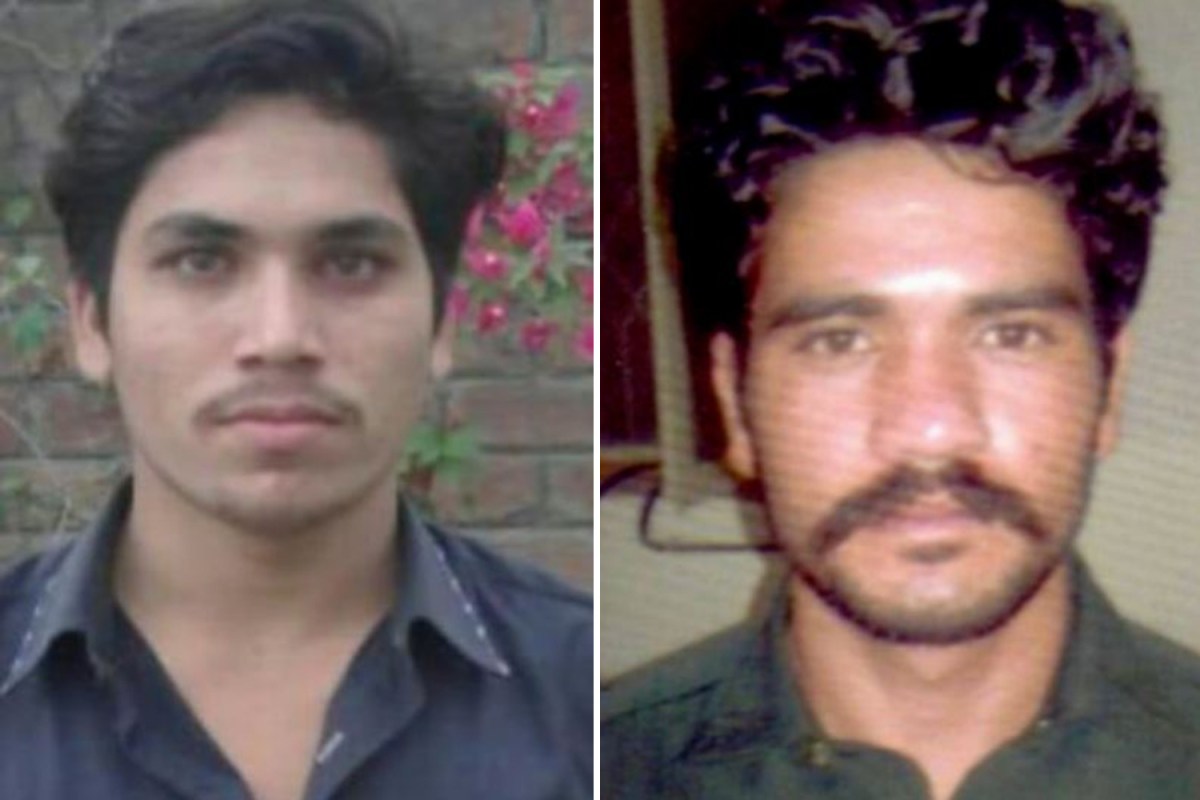 TWO armed robbers have been sentenced to death for gang-raping a woman in front of her two terrified children.

Abid Malhi and Shafqat Hussain got into the French woman’s car after running out of gas on a highway in Pakistan, in a case that shook the country.

An outburst of anger in Pakistan was further ignited by a police chief blaming the victim for driving at night without a male companion.

Pakistani Prime Minister Imran Khan at the time said convicted rapists should be publicly hanged or castrated with surgery.

The two men were convicted of gang rape, kidnapping, robbery and terrorist acts, according to a written order issued by a judge in the eastern city of Lahore.

“It was handed over to both of themdeath penalty, “Said Chaudhry Qasim Arain, a lawyer for both men, after the verdict and sentencing hearing.

According to prosecutors and police, Malhi and Ali found the woman waiting for help after her car ran out of fuel on September 9, 20202.

She had called her relatives who advised her to call the highway emergency numbers and also left to help her.

The woman closed the car doors, but the attackers broke a window and dragged her outside where they raped her with a gun in front of her children.

A day after the attack, Lahore police chief Umar Sheikh repeatedly criticized the victim for driving at night without a man, adding that no one in Pakistani society would “allow their sisters and daughters to travel just so late”.

Sheikh went on to say that the woman was probably “wrong that Pakistani society is as safe” as her country of birth.

Both men were tracked through cell phone records and arrested a few days after the incident.

DNA samples taken from the crime scene matched them and the traumatized survivor identified the two men.

Ali then admitted the crime when he appeared before a judge.

Thousands took part in the protests, demanding justice and an increase in spending on initiatives that improve women’s safety, as well as an end to the victims’ guilt.

The mother of seven ‘capable and healthy’ children, 34, dies suddenly in her sleep

In the conservative country victims of sexual abuse are often too scared to speak out and criminal complaints are often not seriously investigated.

The country has an abysmal rape conviction rate, with official data lowering it by up to 0.3 percent.

In response, late last year Pakistan introduced a new rape law, setting up special courts in a bid to speed up prosecutions and set up a national registry of sex offenders.

China, US to work on climate, Beijing says after spiteful meeting