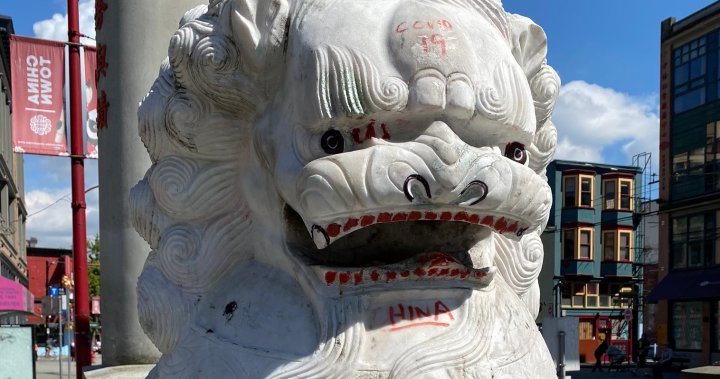 As the world marks International Day for the Elimination of Racial Discrimination, Asian-Canadians in British Columbia are talking about a growing wave of racial hatred.

It follows a massacre on Tuesday in which a shooter targeted three massage parlors in Atlanta, killing eight people, six of them Asian women.

“We were saddened and angry,” Sarah Mah, a member of the BC-based group Asian Women for Equality, told Global News.

“It’s clear that this person’s act of violence has really hit us and it has really hit Asian women all over North America and all over the world – we fear the rise of racism and anti- Asian. “

This increase is very real. Statistics presented to the Vancouver police board earlier this year showed that anti-Asian hate crimes in the city had risen 717 percent in 2020 after the COVID-19 pandemic spread.

Incidents have ranged from verbal harassment to racist graffiti, saliva incidents and even outright violence.

Fred Kwok, president of the Chinese Cultural Center in Vancouver, has seen the results firsthand: the center has been hit with racist graffiti and windows have been smashed.

“There is fear among the Chinese community this behavior is becoming more popular in Vancouver,” he said.

“Indeed, it is getting worse, compared to last year.”

Kwok said there is no doubt that the pandemic has made things worse but believes anti-Chinese sentiment began to take hold as former US President Donald Trump blamed China for his country’s economic woes.

3:54Addressing anti-Asian racism as a hate crime grows in Vancouver

While those attacks may have targeted China in the country, Kwok said at ground level it was internalized as a general anti-Chinese sentiment.

He said he fears a similar process could emerge here as friction rises between Canada and China.

“This is happening slowly in Canada. “A month ago, parliament passed a resolution condemning China for genocide. It is being built little by little,” Kwok said.

“This is cooking, I can tell.”

In addition to generalized anti-Asian racism, Mah said Asian women face a dual threat of racist and sexist violence – something she said was evident in the Atlanta shooting.

Asian women are often subject to racial stereotypes that sexualize them as “geisha” or “China doll” as objects subject to male pleasure, Mah said.

In the case of the Atlanta shootings, she added, those racist and misogynistic lands translated into a killer blaming Asian women for his sex addiction.

If there was one positive to removing the tragedy, Mah said, it has been the large base of support and renewed talk about racism.

“Asian women are getting organized and saying enough more,” she said.