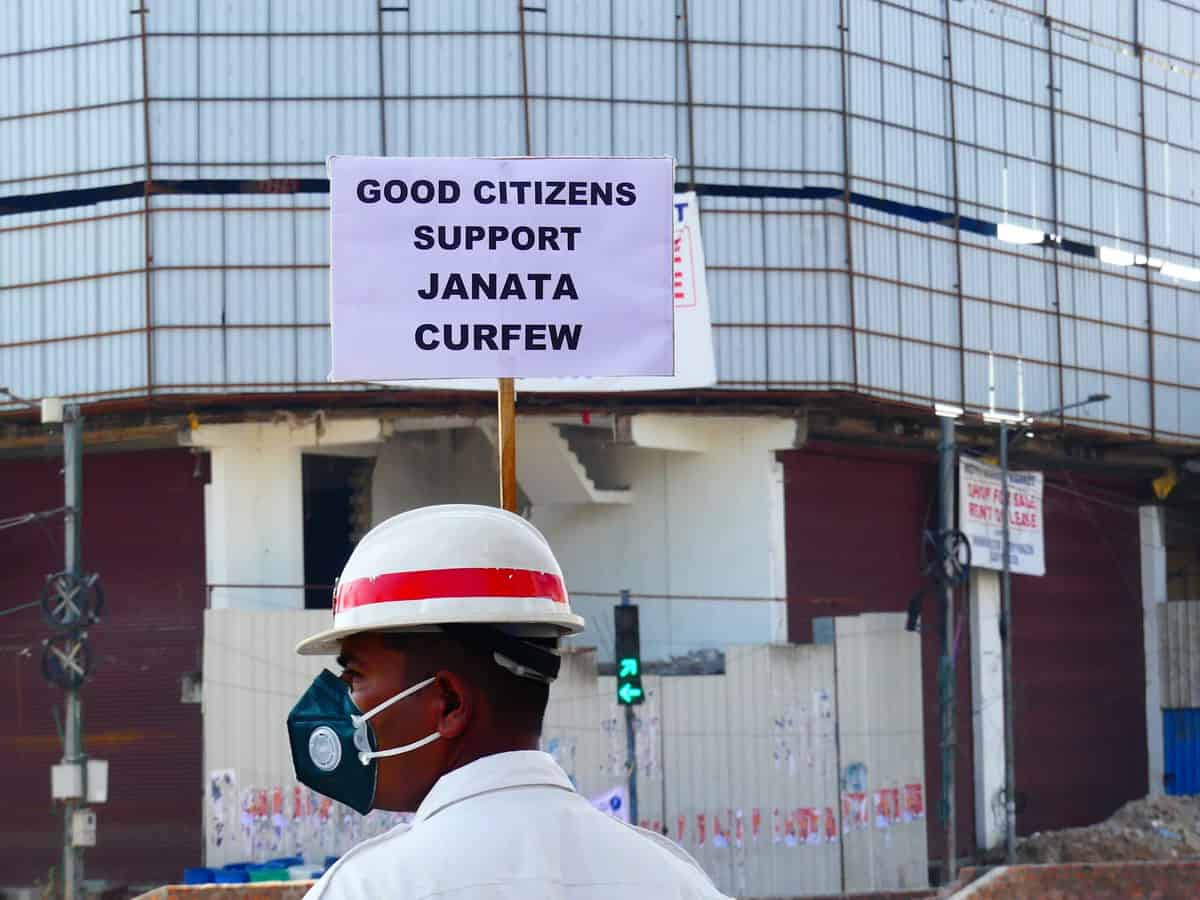 New Delhi: The coronavirus pandemic is back on the rise in India, which spotted a Janata ‘curfew on this day a year ago after paving the way for a nationwide tight blockade for more than two months to curb the climb.

Millions of people across the country stood by March 22, 2020 in an unprecedented and overwhelming response to Prime Minister Narendra Modi’s call for a nationwide siege. People came out briefly at 5pm to show their gratitude to healthcare and other essential service providers with the sound of bells, concaves and bumps.

India reported its first case of coronavirus infection on January 30 last year from Kerala, and its first death on March 10 from Karnataka.

A deadlock was stuck in the country from March 25 to May 31, badly affecting the economy.

As the government launched the unblocking procedure from June to offset the economic cost of the blockade, COVID-19 issues began to gallop, and India quickly became the second most hit nation after the US by September.

The country eased the deadlock through a gradual and preventative approach, with the health ministry issuing standard operating procedures for opening religious sites, shopping malls, restaurants, hotels and offices and, most recently, educational institutions, to prevent the spread of the infection.

The number of daily coronavirus cases peaked in September with 97,894 infections reported on the 17th day of the month, after which India began to witness a gradual decline in cases although some other countries saw an increase in infections.

India passed the grim point of a COVID-19 case on December 19, although the spread of the virus slowed by nearly a month dealing with 10 new lakh infections, unlike the period from August to mid-November when they increased by a faster speed.

India reported 46,951 new coronavirus infections in one day, the highest so far this year, bringing the nationwide COVID-19 number to 1,16,46,081, according to data from the Union health ministry updated on Monday .

Daily fresh cases remained below 20,000 from January 8 to March 10, after which cases began to rise.

Recording an increase for the 12th day in a row, the total load of active cases has increased to 3,34,646, which now includes 2.87 percent of total infections.

The national recovery rate was at its highest level at 97.33 percent on February 17 which dropped to 95.75 percent.

The active case load was at its lowest level at 1,35,926 on February 12, accounting for 1.25 percent of total infections.

About 13 states and the Union Territories (UT) were out of COVID-19 control before the Janata Roundabout was announced.

At the same time, the country began producing two vaccines – the Bharat Biotech Indigenous Covaxin and the Oxford-AstraZeneca Covishield produced by the Serum Institute – which were approved by the national drug regulator on January 3 and so far, more than 4.50 crore (4, 50,65,998) vaccine doses have been administered locally.

The nationwide vaccination machine took place on January 16 this year with health care workers (HCW) being inoculated and vaccination of frontline workers (FLWs) began on 2 February.

The next phase of COVID-19 vaccination started on March 1 for those over 60 years of age and for people aged 45 years and older with defined co-morbid conditions.

India ranks number one in terms of recovered coronavirus cases followed by Brazil, while it is in third place in terms of cases after the US and Brazil, according to Johns Hopkins University, which has been compiling global data. COVID-19.

In terms of disasters, India is in fourth place.

Xbox Series X has arrived in the game.