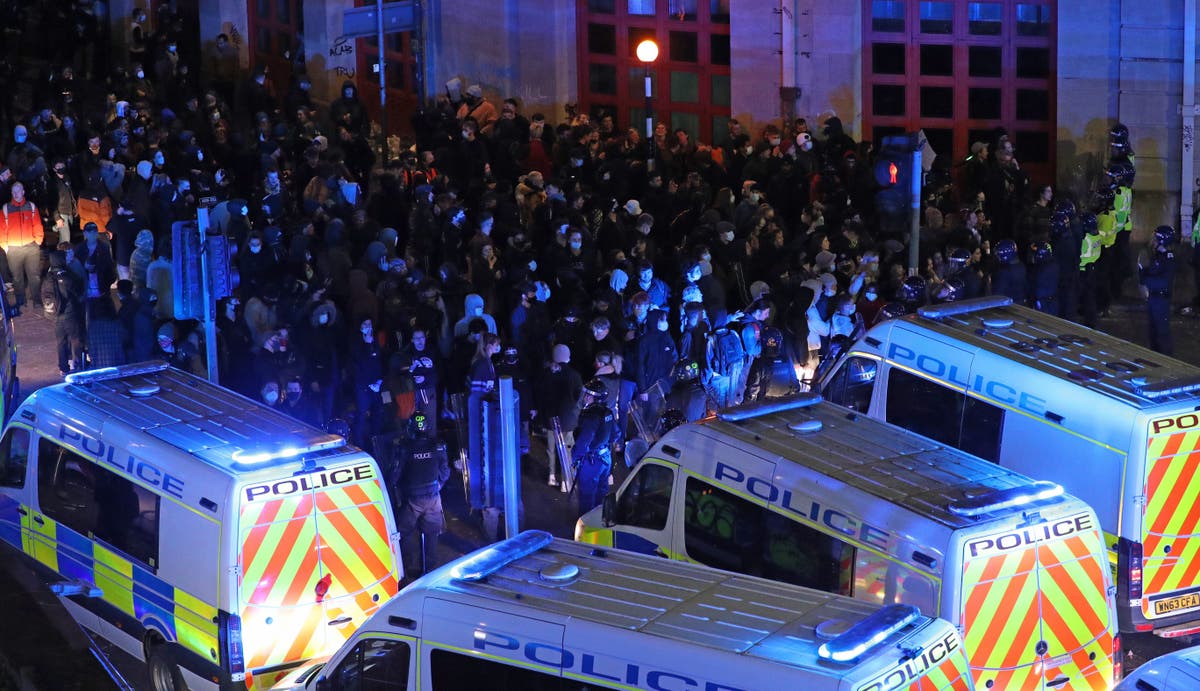 the student journalist who broadcast the Kill the Bill protest in Bristol on Facebook has described the shocking violence that damaged a peaceful demonstration.

Mr Bloch, a master’s student in international relations at the University of Bristol, described the events on Sunday night as a mixture of party atmosphere and police-directed anger.

Last night was an experience. It was very tense for most of the evening and in some places it was quite hilarious, he said.

They had a lot of speaker systems, a lot of music playing, so they were having a party at certain points.

But then you just feel like it changes as people move back towards the police a lot of anger and a lot of tension in the air all evening.

Mr Bloch said he saw no violence directed at police officers who were on duty outside the New Bridewell police station.

It was very tense because there were police everywhere, he said.

But as you go back, they had speaker systems, they were dancing, drinking a lot of alcohol, as you can imagine.

It was not water bottles, it was beer bottles that were thrown away.

Mr Bloch said there would have been many university students who would have been able to watch the riots unfold by the security of their dormitories located opposite the police station.

As far as I understand, the students were quite shocked, he said.

I spoke to a student who was here last night, and it was a very young crowd.

I would not be surprised if there were enough students who were here in the crowd.

But the general reaction we have seen on the internet is shocking, one of many debates also about the validity of the protest compared to the Draft Law, if it deserves something like that.

Many debates are taking place in that direction. But I think these students here in New Bridewell, if they liked the show, they had the best place at home all evening.

Mr Bloch said he had lived in Bristol for five years and although the city has a reputation for protesting, he had never seen anything like Sunday night.

I have been here since 2016 and I have never seen a protest start like this, he said.

I have participated in numerous protests each year, part of my job and part of being a student as well.

I have never seen one who was violent, who was directed at the police.

Usually her very good relations between the police and the public here in Bristol but there was a lot of anger directed at the police.

This was very different, this was new.

Can this ex-Intel hire a precursory custom Google Chromebook chip?