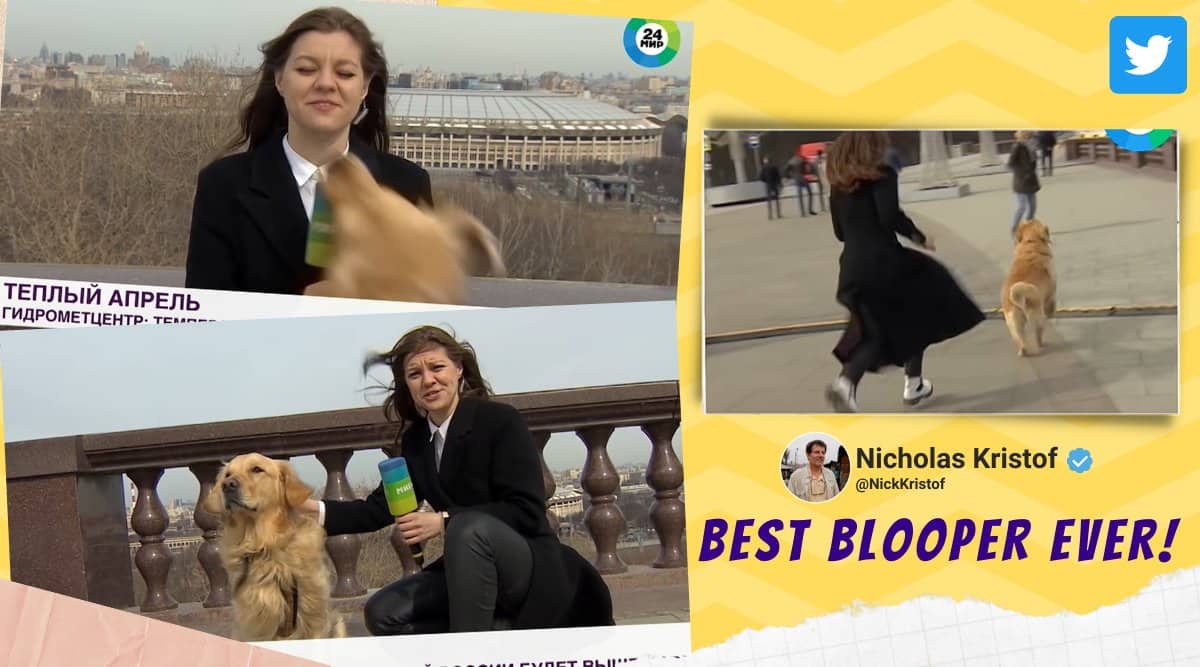 In one of the sweetest interruptions on camera, a pet dog snatched a reporter’s microphone during a live broadcast in Russia. Now, the video of a four-legged intruder is melting hearts on the internet.

The incident happened when Mir TV journalist Nadezhda Serezhkina was preparing to inform viewers about the weather for the coming days. Suddenly, a golden receiver, intrigued by the microphone, entered the frame and grabbed it by her hand and fled, leaving the news reporter stunned.

The cameraman, who continued filming, caught Serezhkina trying to follow pooch to get her microphone back. The broadcast was not interrupted despite the hilarious incident and viewers could see everything that happened from start to finish. The presenter in the studio tried to save the situation after informing the viewers that they had lost contact with the correspondent and would be back soon.

The video went viral on Twitter after reporter Ali zkk posted it on the mirco-blogging site bringing light to the disaster in the air.

A dog in Russia grabbed the reporter’s microphone and fled during a live broadcast pic.twitter.com/R1T8VZ5Kpt

Fortunately, the reporter caught up with the dog and picked up her microphone after a while. The reporter updated viewers that the dog made a bite or two from the microphone, but the pooch was “unharmed.” According to the news channel, the show’s stolen dog is named Martin, who even joined Serezhkina later in her broadcast.

According to BOILER First, at the time of the incident, the dog was walking with his lady without a leash and he liked the colorful microphone that looked like a toy.

People on social media liked the “teething” and said it brightened their day. “The microphone looks like a cocoon, who can blame the adorable dog?” commented a user. “Obviously microphones in Russia are made of bacon,” noted another.

Please let this happen to me at some point in my career https://t.co/7RPse3cVGA

This is a good television. https://t.co/bPQomi3Xom

Good boi putting the paw on the hand at the bottom is the best part.

I like how the camera person keeps filming and the station anchor closes the story. Real professions.

The microphone looks like a particle, who can blame the adorable dog?

How a group of 20 people from diverse backgrounds created an affordable, world-class fan during the lockdown