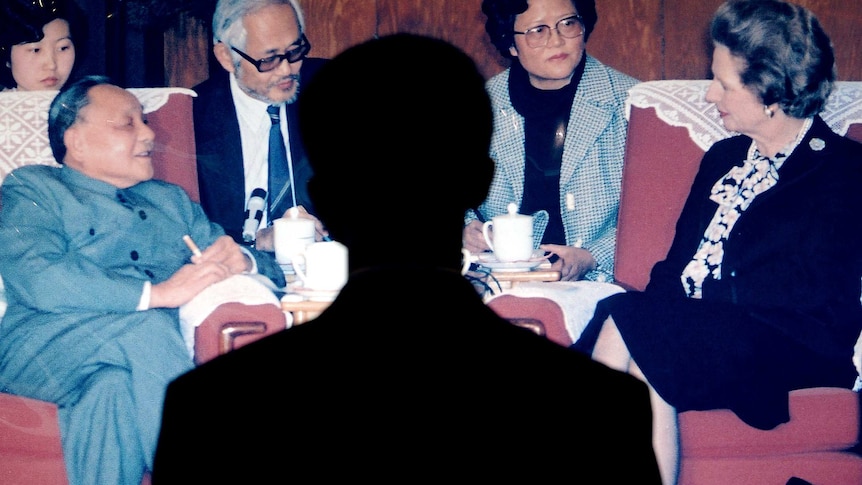 Following the conclusion of negotiations to hand over Hong Kong to China, British Prime Minister Margaret Thatcher wrote in her diary that she was “seriously concerned by Chinese insistence on regaining sovereignty over Hong Kong”.

The Iron Lady has been right.

Today, the Chinese Communist Party has a drowning in Hong Kong.

Beijing’s latest move to remove the number of directly elected representatives in the Hong Kong legislature is another sign that the promise of “one country, two systems” is shattered.

Pro-democracy groups are silent as protesters are driven from the streets.

There are now 35 directly elected members in the 75-member Legislative Council.

The council is expanding to 90, but voters will elect only 20 representatives.

And Beijing will only approve candidates for office who are considered “patriots.”

In the same week, pro-democracy activists including the so-called “father of democracy”, 82-year-old Martin Lee were found guilty of participating in an “unauthorized” protest in 2019.

Indeed, it would always be so. In 1997, I stood in the rain while the British flag was lowered over the former colony and the Chinese flag was raised.

Earlier that night, I was on the border with mainland China as hand-selected troops of the People’s Liberation Army clashed to avenge a humiliation story.

The loss of territory to Britain in the Opium Wars in the 19th century was an impression on the Chinese spirit.

He plunged China into a crisis that caused the fall of the Qing Dynasty, revolution and war. Tens of millions of Chinese would be killed over the next century before Mao Zedong declared the People’s Republic in 1949, after the Communist Revolution.

Hong Kong is part of what China calls “a hundred years of humiliation” that period of domination by foreign powers.

The paradoxical mixture of victims and resurrected pride is the blood iron of modern Chinese nationalism.

It supports President Xi Jinping’s “Chinese Dream”: the nation’s renewal and its return to the pinnacle of global power.

Xi has moved rapidly on his agenda: destroying dissent, rivals in prison, targeting the Muslim Uyghur ethnic group in what has been called internationally as a genocide campaign.

Territory and sovereignty is essential. Xi has claimed the disputed islands of the South China Sea and has informed Taiwan that he will use force if necessary to reunite the island with the territory. China reduced the number of directly elected seats in the Hong Kong legislature in a setback to the already blocked movement of democracy in the territory.

It would never last

Xi is following a pattern set by the previous leadership of the Communist Party.

During talks with Britain, then-Chinese Prime Minister Zhao Ziyang warned Thatcher that the Party would place China’s sovereignty before the stability and prosperity of Hong Kong.

China’s leaders have always placed the state first and warned against any move towards democracy in Hong Kong.

In 1958, then-Chinese Prime Minister Zhou Enlai warned Britain that any move to allow Hong Kong to become self-governing would be considered “a very friendly act”.

When China recaptured Hong Kong in 1997, the Communist Party was still adhering to reformist leader Deng Xiaoping: “hide and give”. Hide your skills, give your time.

China was still building its economy, it was a period of opening up to the world. Leaders in the West generally believed that China as it got richer would become cheaper.

Hiding and the offer is over

Xi Jinping no longer hides his intentions. He is more aggressive and has taken a deeper authoritarian turn.

He speaks from the pages of Mao Zedong’s thought: punishment and healing.

As Mao said, man must “punish the past to warn of the future” and “save people by healing their diseases.”

Xi is punishing Hong Kong’s past as a British post and is curing the “diseases” of democracy.

Psychiatrist Robert Jay Lifton, in his book “Thought Reform and the Psychology of Totalitarianism: A Brainwashing Study in China,” cites the Chinese Communist Party’s program of ideological formation szu-hsiang kai-tsao or thought reform.

Lifton describes it as “one of the most powerful human manipulation efforts ever undertaken”.

We see this today in Xinjiang, Tibet and now Hong Kong, where people can be punished for their thoughts.

As much as he seeks to show strength, the blow in Hong Kong also reveals his fragility. Xi can not trust his people.

Right now, he’s all powerful and China is contagious. His authoritarian challenge comes at a time when freedom and democracy are weakest in the West.

The father of democracy faces prison

At midnight on July 1, 1997, in the rain of Hong Kong, history began again it marked the return of a new ideological battle between authoritarianism and democracy.

That night, Hong Kong Democratic Party Chairman Martin Lee vowed that the “flame of democracy” would never be extinguished.

Today, Martin Lee, the father of democracy is facing a prison.

BitLife Supercentenarian Challenge Guide-How to Live Up to 120, How to Start a First Generation Life