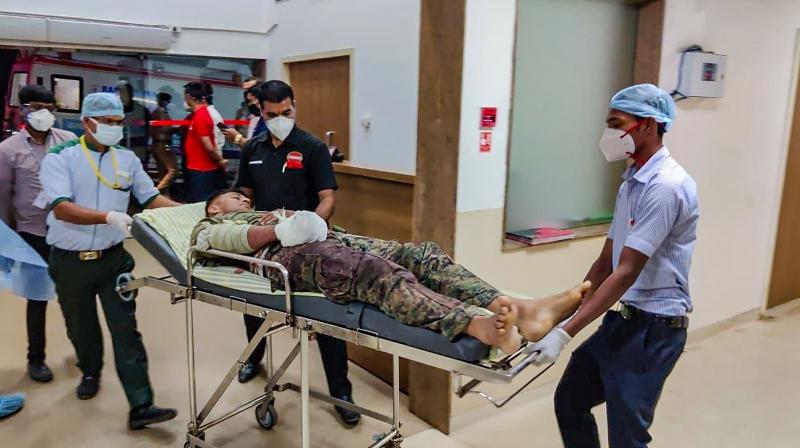 Raipur: Five weeks were killed and 12 others were injured when Maoists ambushed a security personnel search party in Chhattisgarh district south of Bastar i Sukma on Saturday, police officers said.

The body of a Maoist woman was also found from the meeting place, they said.

The meeting took place near the village of Jonagunda located along the Sukma-Bijapur border when a joint team of security forces were out in an operation against the insurgency, said Deputy Inspector General (DIG) of the police (Operation Naxal) OP Pal.

“Five nicknames were killed and 12 others were injured in the incident. The body of a Maoist woman was also found at the scene, “said Mr Pal.

According to Mr. Pal, a joint research party comprised of Commando Battalion for Decisive Action (CoBRA) personnel, Bastaria The CRPF Battalion composed exclusively of Bastar youth, the District Reserve Group (DRG) and the Special Task Force (STF) ) of Chhattisgarh police have been out on anti-naxal operation since Friday evening following specific intelligence information about the gathering of Maoist cadres in large numbers in the area.

A senior police officer posted in Bastar told the newspaper that two joint search teams were mobilized from Sukma and Bijapur districts to launch an anti-Naxal operation in the Terram forest area following intelligence information about the presence of battalion commander number one. Hidma Maoists along with militia in Terram area.

“The Maoists ambushed one of the two search parties in an open field on the outskirts of the village of Jonagunda below the borders of the Jagargunda police around 12 noon. A fierce gun battle broke out between them, leading to the killing of a CoBRA jawan and two security personnel each from the DRG and Bastaria Battalion and the wounding of 2 others.

“The body of a Naxal woman along with an Insas assault rifle was found at the meeting place,” the police officer said, willing to be quoted as he was not authorized to speak to the media.

Two Indian Air Force (IAF) helicopters were deployed on duty to evacuate injured jawans. All the injured jaws were airlifted to Raipur for medical treatment.

This was the second major attack on security personnel by the Naxals in Bastar in the last 10 days.

On March 23, Maoists blew up a bus carrying DRG jaws in the Kodenar area below the southern Chhattisgarh district in Bastar of Narayanpur, detonating an improvised explosive device that killed 5 jawans and injured 14 others.