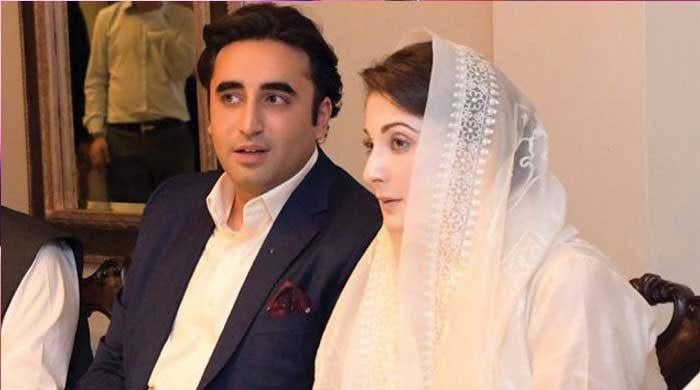 LAHORE / ISLAMABAD / SUKKUR: War of words between the Muslim League of Pakistan-Nawaz and the Pakistan People’s Party the two main constituents of the Fazl-led Pakistan Democratic Movement (PDM) that followed the election of Yusuf Raza Gilani as Opposition Leader in the Senate has intensified, with neither of them willing to retreat.

On Saturday, PML-N Punjab President Rana Sanaullah Khan said his party had agreed in principle that it would be difficult for them to go through the PPP because the latest act of taking Yusuf Raza Gilani as Opposition Leader in the Senate was unforgivable.

Speaking to the media in Lahore after appearing in court, he said the PPP action was unforgivable and they had to admit their mistake.

He said the Supreme Court ruling would be the last nail in the coffin of the government.

The government has been caught red-handed stealing votes in Daska, he added.

Sana said the country could not move forward if there was no respect for the vote.

He said there was no rule of law in the country and those who came forward claiming manipulation were themselves the product of manipulation.

He claimed that vote thieves should be brought to justice.

Sana said the PDM will continue its fight against vote thieves, sugar, flour and medicines.

He said the PPP got the support of the wrong people for the opposition leader in the Senate.

If they wanted to bring their opposition leader to the Senate, they should have placed their request at the PDM meeting, Rana said.

Answering a question, he said the dark night of repression was about to end soon and the country would move forward once the respect for the vote was accepted.

Answering another question, he said that the PPP had its own opinion on the issue of resigning from parliament and they respected their opinion.

The strong PPP reaction came after the PML-N decided to ask Fazl to seek explanation from the PPP for violating the PDM decision to nominate a consensus candidate for the opposition leader in the Senate.

The PDM is the name of an alliance formed against the government, and the PML-N will have to explain its use against other opposition parties, Information Secretary PPP MPs Shazia Marri said in a statement.

Shazia said that being the majority party in the Senate, the PPP appointed Yusuf Raza Gilani and made him elected as the Leader of the Opposition, which was not a crime.

She said PPP and ANP would raise the issue of convening a secret meeting of certain opposition parties at the next PDM meeting.

We will ask PDM chief Fazlur Rehman why the opposition alliance was being used against opposition parties and with whose message a conspiracy was being hatched against the long march demanding the resignation of assemblies to save the PTI government, she said.

She asked why the PML-N was still sitting in the assembly if resignations were necessary and was the last important option for them.

Hasshtë said the opposition alliance would be run without PPP support, while it was said that PML-N was not ready to resign from the assemblies without PPP ‘s consent, she said.

Shazia said if the Balochistan Awami Party (BAP) had supported them, then they would not have talked about opening cases against Asif Ali Zardari.

She said all the senators who had voted for Yusuf Raza Gilani were elected as independent candidates.

She said it was a strange attitude of the PML-N asking independent candidates to prove their connection to BAP.

She said if the PML-N was interested in the position of opposition leader in the Senate, then they should have asked Bilawal Bhutto Zardari once again, and he would have gladly given them that position.

She clarified that the PPP also consulted with the PML-N leadership for consensus on Gilani’s name as the opposition leader who was also acknowledged by Ishaq Dar in his statement.

She said PML-N leader Rana Sanaullah should apologize to PPP for their senator’s undisputed victory with the support of the PTI in Punjab instead of apologizing to PPP.

Shazia said the PML-N leadership should also apologize to PPP for the loss of PDM candidate Farhatullah Babar for their support for the PTI candidate.

Meanwhile, PPP Chairman Bilawal Bhutto Zardari on Saturday said that the success of Yusuf Raza Gilani was indisputable for some friends in PML-N like Prime Minister Imran Khan adding that the “Aar Ya Paar” policy was not carried out every time.

He said this while speaking to the media at Jillani House, Khairpur after consoling with Syed Qaim Ali Shah the deaths of his son Syed Muzaffar Shah and daughter Najma Shah.

Bilawal said some friends in opposition were against PPP and they did not want to involve themselves in any controversy because it could benefit Imran Khan.

He said the perception made a deal for Gilani’s victory [as the Leader of Opposition in the Senate] was totally unfounded and was intended to damage the PDM.

He said the opposition should aim for the government together. He said the N-League should be happy with PPP success but some friends in the N-League could not digest PPP happiness and he was unable to calm them down.

We want new transparent elections. The government has stopped economic growth. We will not tolerate any attack on the economic sovereignty of the country. A confused prime minister has sold out Pakistani institutions. We oppose the SBP ordinance.

We will continue to oppose the PTI-IMF agreement. The confused prime minister does not respect parliament and his count has now begun, he said.

The PPP chairman said the puppet government has had numerous failures in foreign policy.

Bilawal said Pakistan had not even been invited to an environmental conference by the United States, while plans like CPEC have also been set on fire.

He further said that there had never been a prime minister so confused about the Kashmir issue in the history of Pakistan as Imran Khan.

When India makes a historic attack on Kashmir, trying to turn the Muslims there into a minority, the elected prime minister says what to do.

He said Imran Khan was also trade minister. Trade Minister Imran Khan says our trade with India must be restored. But at the federal cabinet meeting, he says how can we restore trade with India. What confusion! One of his hands does not know what the other hand is doing. We do not want this kind of confusion and issues to be brought to parliament.

He said three years had passed but the government but no one knew what their policy was.

The country has been devastated and the economy has shrunk to a point where the country ranks lower than Afghanistan and Bangladesh.

Bilawal announced that they had postponed the Central Executive Committee (CEC) meeting to April 5, after President Arif Alvi had convened a Senate session the same day.

The CEC had to decide on resignations from the assemblies after the PPP leadership was attacked by opposition parties over the issue.

He said that the date for the CEC meeting will be set after the Senate session, adding that all major parties were ready in this regard.

He said criticism of opposition parties against PPP was also on the agenda.

Bilawal said he wanted a united opposition and was positive that PDM chief Fazlur Rehman would play his part in keeping the PDM united.

Praying for Fazls to recover quickly, he said it was the responsibility of PDM leaders to unite opposition parties against the government.

He said the misinterpretation was not good for any party, adding, “I do not believe any party should obey. The PDM was formed to overthrow the government.”

The PPP chairman told opposition parties that serious decisions must be made in politics.

“We do not want to fight with anyone.”

Bilawal said while Shahbaz Sharif was the Leader of the Opposition in the National Assembly, keeping in touch with him was inevitable.

Bilawal said he never spoke of a national government. He said Shaheed Mohtarma Benazir Bhutto had introduced the idea of ​​public-private partnership in 1993, which was followed by the Sindh government to generate energy using Thar coal for the first time.

According to a Steam survey, the Nvidias RTX 3070 is actually in the hands of gamers

Letter to the editor only online: Trump still has a large voting block | Letters