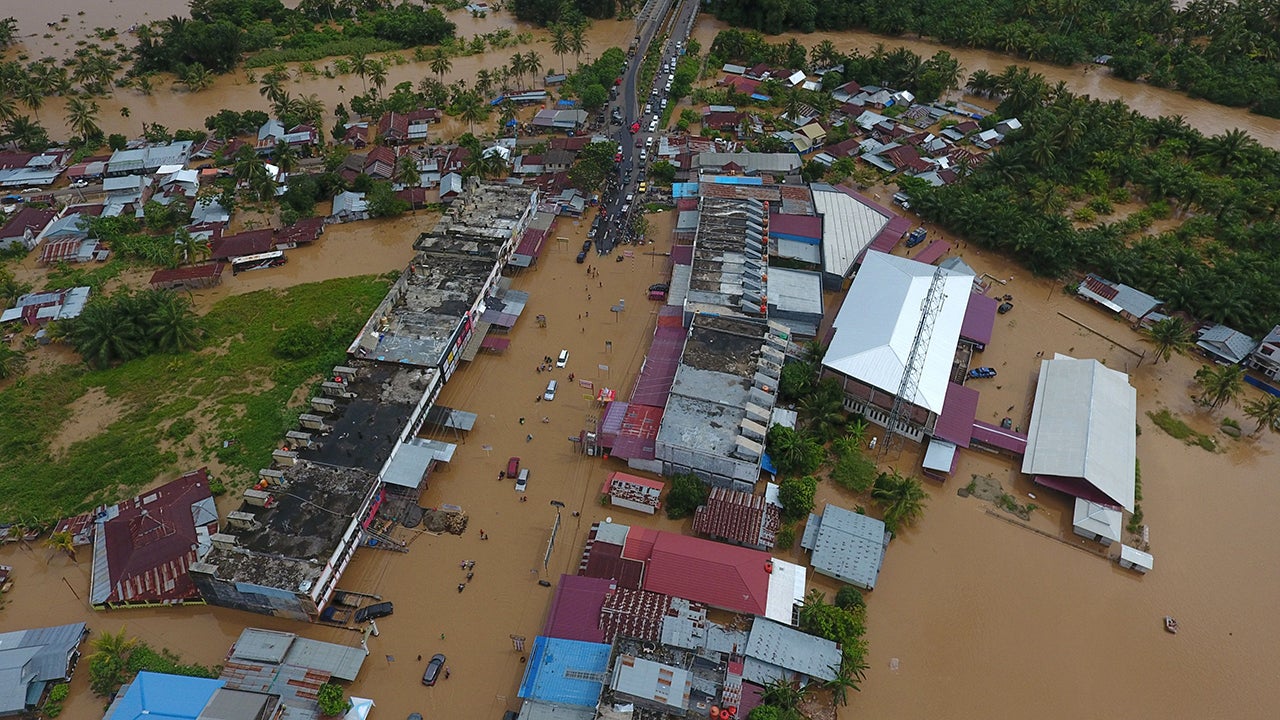 Back disasters have affected millions of people in Indonesia with an increasing frequency in recent years. In the latest episode, heavy floods and landslides hit villages on Adonara Island in eastern Indonesia killing at least 41 people, while some people are said to remain missing.

The Indonesian National Disaster Management Agency (BNPB) and the Meteorological, Climatological and Geophysical Agency (BMKG) had previously warned of an increase in multiple catastrophe risks in the first months of 2021 due to rising intensity rainfall and the highest potential for seismism. More than 300 disasters mainly from flooding are said to have affected various parts of Indonesia so far in 2021.

Raditya Jati, a spokeswoman for the national disaster mitigation agency, said heavy rains since Saturday caused flooding that hit the East Flores region of East Nusa Tenggara province at 1am on Sunday, the DPA news agency reported. Dozens of houses were buried by mud in Lamanele village, while in Waiburak village, floods swept away villagers’ homes and caused a bridge to collapse.

Heavy rains and flooding have flooded people’s homes and also claimed the lives of several victims, East Timor Deputy Prime Minister Jose Reis said in a statement. “There are roads that have collapsed, trees have fallen and made it difficult to enter some areas,” he said, calling the incident in East Timor the worst in 40 years.

Photos distributed by the disaster relief agency showed powerful currents passing through a village as roads were littered with debris left behind by the flood. Jati said relief and relief efforts for the affected villages were hampered by a lack of transport on the island. It can only be reached by sea, but connections have been suspended due to high waves and severe weather conditions.

The loss of forests is blamed for frequent floods

Many environmentalists attribute the growing number of flash floods, which kill hundreds of people each year, to the loss of forests and peatlands due to deforestation and land use change. The conversion of forest and peat lands into mines and palm oil fields has affected the absorption of rainwater, leading to a sudden rise in water levels after heavy rains. In the last 20 years, the country is said to have lost 9.4 hectares of primary forest.

The Agency for Climatology and Meteorology predicted that some parts of Indonesia could face extreme weather with heavy and torrential rain, strong winds and big waves during the coming week. Thousands of homes are still flooded in Indonesia’s East Java province, but water has receded and a number of evacuees have returned home, according to the National Disaster Management Agency. “The water level is now about 20 to 50 cm high. Yesterday it reached 80 cm high,” Jati noted. He said it rained heavily on Friday, causing the Wrati, Patuk and Kedung Larangan rivers to overflow.

Cyclones and earthquakes pose a threat

On Saturday, the Agency for Meteorology, Climatology and Geophysics said there were two tropical cyclones namely 90S in the Indian Ocean southwest of Sumatra Island and 99S in the Savu Sea, East Nusa Tenggara. “Both tropical cyclones will intensify in the next 24 hours,” said Guswanto, deputy director of the Meteorological Agency. The agency warned of heavy rainstorms and strong winds in much of Indonesia for the coming week.

In addition, a magnitude 5.9 earthquake shook Indonesia’s eastern province of Maluku early Sunday, the meteorological and geophysical agency said. The quake struck at 1:42 a.m. Sunday with Jakarta time (1842 GMT Saturday), with its epicenter 163 km south of Ambon, the provincial capital, and the depth of 329 km below the seabed, the Xinhua news agency reported. The intensity of the earthquake was felt at II to III MMI (Mercalli Modified Intensity) in the city. The quake did not cause a tsunami, the agency said.

For the weather, air pollution, science and updates of COVID-19 on the go, download Weather Channel application (in Android and iOS store). It’s free!

Metroid Prime has been remade as 2D Metroidvania