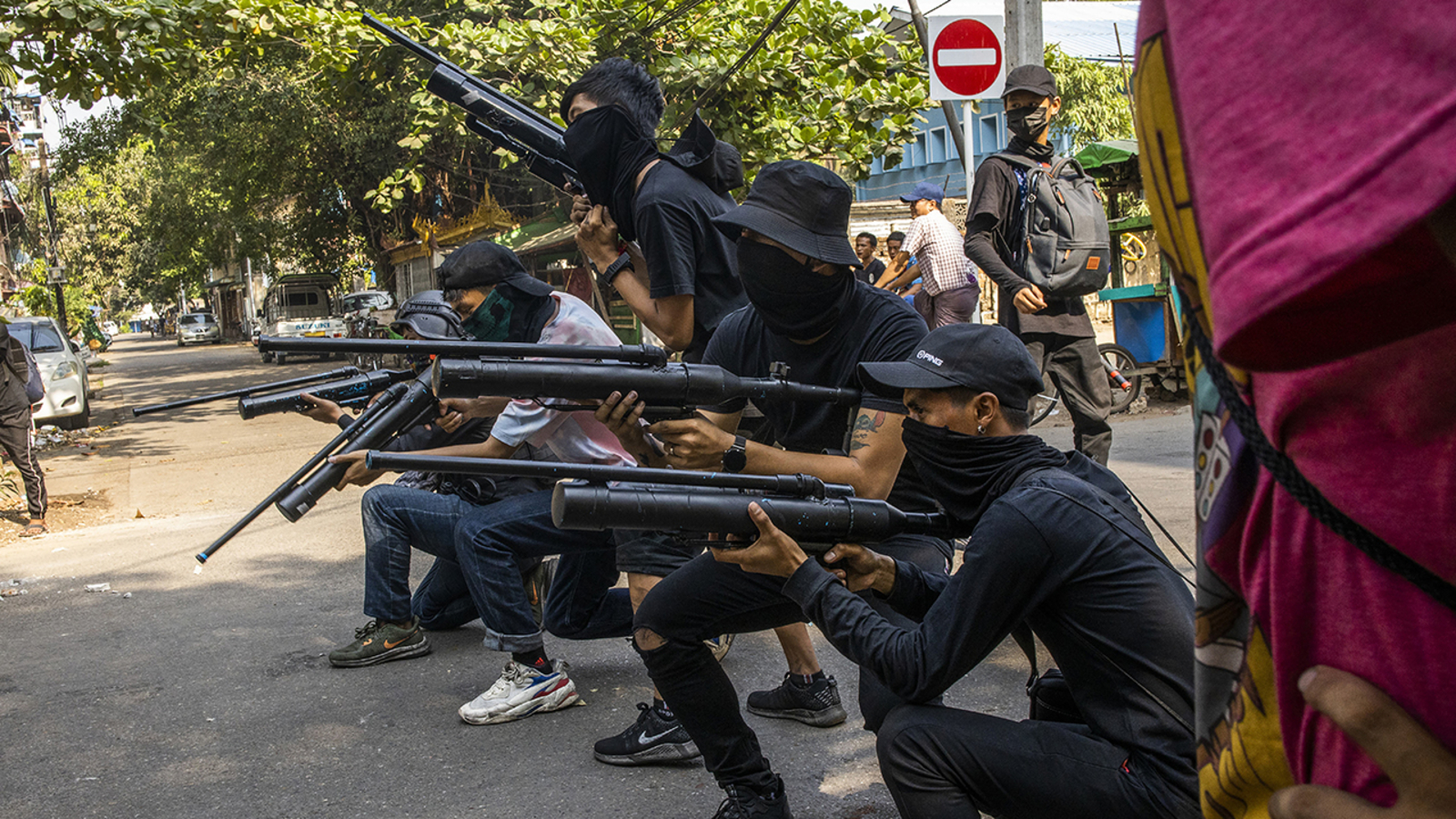 Of those, 46 were children, according to the Myanmar Relief Society for Political Prisoners. About 2,751 people have been arrested or convicted, the group said.

Threats of deadly violence and arrests of protesters have failed to suppress daily demonstrations across Myanmar demanding military ouster and the restoration of a democratically elected government. The coup overturned years of slow progress towards democracy in the Southeast Asian country.

The Myanmar Now news service reported that government forces fired on demonstrators in the town of Monywa, killing at least two people. A video posted on social media showed a group of protesters carrying a young man with what appeared to be a severe head wound while gunshots were heard. His condition was not immediately known.

At least seven people were injured in the shooting, two of whom sustained serious injuries and were taken into custody by soldiers, Myanmar Now quoted a member of a local rescue team as saying.

Two women reportedly shouted for help as they were being arrested, Myanmar Now reported. A police officer who was carrying a gun asked if “anyone dared to help,” a witness told the news service.

“They aimed their pistols at everyone – at passers-by and at people in the store,” said a witness to two police officers who forcibly took two other women to the market.

Meanwhile, the Karen National Union, which represents the rebel ethnic minority group that has fought the government for decades, condemned “incessant bombings and airstrikes” against villages and “unarmed civilians” in their homeland along the border with Thailand.
“The attacks have killed many people, including children and students, and destroyed schools, homes and villages. These terrorist acts are clearly a flagrant violation of local and international law,” the group said in a statement.

In areas controlled by Karen, more than a dozen civilians have been killed and more than 20,000 displaced since March 27, according to Free Burma Rangers, an aid agency operating in the region.

About 3,000 Karen fled to Thailand, but many have returned under unclear circumstances. Thai authorities said they returned voluntarily, but aid groups say they are unsafe and many are hiding in the jungle and caves on the Myanmar side of the border.

More than a dozen minority groups have sought greater autonomy from the central government for decades, sometimes through armed struggle. Some of the main groups – including Kachin, Karen and the Rakhine Arakan Army – have denounced the coup and said they will protect protesters in their territories.

After several weeks of power outages, Myanmar’s military on Friday shut down all connections except those using fiber-optic cable, which was operating at drastically reduced speeds. Access to mobile networks and all wireless – the least costly options used by most people in the developing country – remained blocked on Saturday.

Myanmar languished for five decades under strict military rule, which led to international isolation and sanctions. As the generals relinquished control, culminating in the rise of Aung San Suu Kyi to leadership in the 2015 election, the international community responded by lifting most of the sanctions and pouring investment into the country.

New Gmail with Google Chat tab expanded, how to turn it on