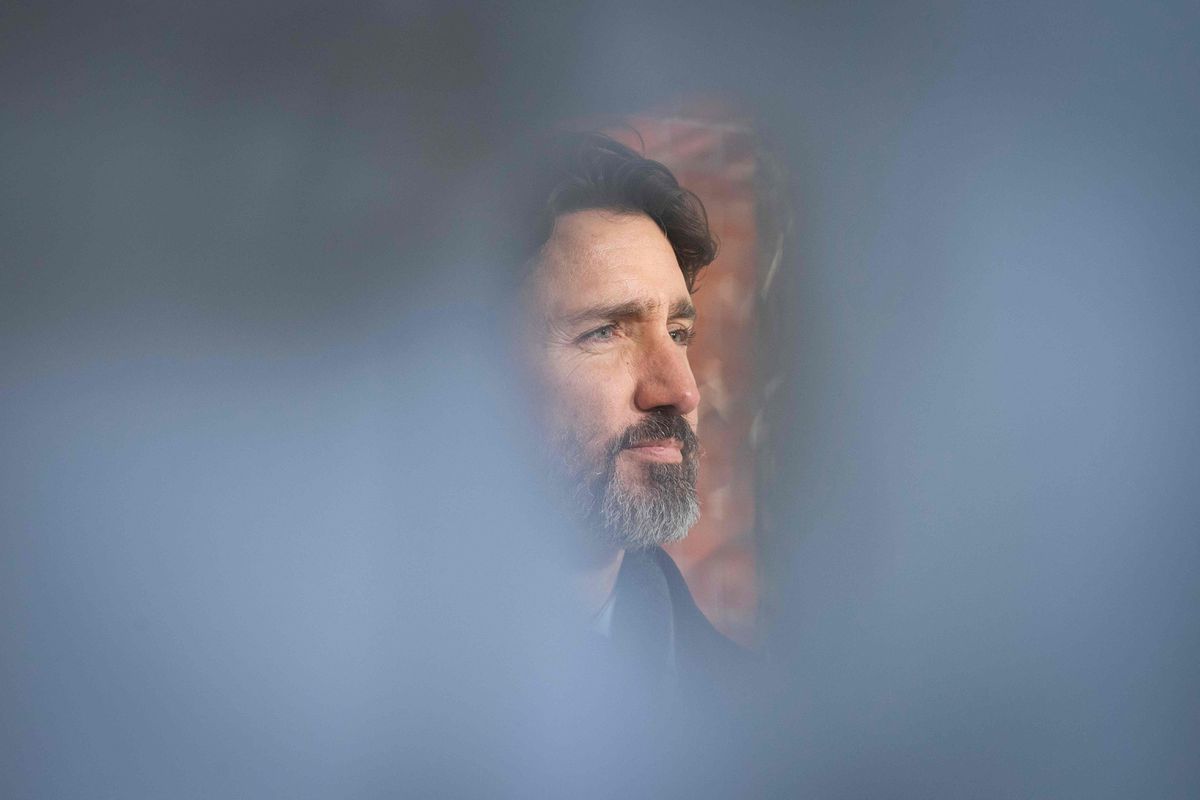 This is the Briefing Politics daily newsletter, written by Ian Bailey It is available exclusively to our digital subscribers. If you are reading this online, subscribers can subscribe to the Politics newspaper and more than 20 others on our newspaper registration page. Do you have any feedback? Tell us what you think.

Prime Minister Justin Trudeau says criticism of the pandemic response of his governments reflects the tense times and that he receives no insults about it.

We have been in a situation where everyone is exhausted, not only families, workers, small businesses, front line workers, but also leaders. This has been a very, very long year. As a federal government, we are not dealing with pointing fingers or blaming, or judging, he said at a news conference Tuesday.

Have we done everything perfectly? Jo. Certainly not, Mr Trudeau said, but added that, among other measures, the government is trying to strengthen vaccine supplies and help the provinces release them in support of a Team Canada approach.

The Prime Minister said that he, later on Tuesday, would talk to Mr Ford, likely about what the points mean in cases for hospitals and the importance of vaccinating as many people as possible. Mr Trudeau also said he would hold talks with all prime ministers on Wednesday about pandemic support.

He warned that Canadians need to keep the third wave going. COVID-19 is not done with us yet, he said.

Meanwhile, Conservative Leader Erin OToole said that if his party forms the government, there will be a public inquiry into every aspect of the pandemic response.

During a press conference, Mr OToole also said the government should appoint a special monitor from the Office of the Auditor General to follow up the pandemic response to ensure valuable lessons learned “are captured for future use.

When the pandemic is over, we need answers, we need to know what worked and what did not. We need full transparency and accountability.

Health Minister Patty Hajdu, when asked about the issue of an investigation, said a review is a must.

The Prime Minister and I have both said that every country should do a thorough review of their pandemic response when we are in this crisis. It is clear that every country has a lot to learn, including Canada, and we are committed to that, she said at the same conference where Mr. Trudeau attended.

Concert workers and EI – The place of concert workers has become a major issue in the ongoing discussion of how the employment insurance system will be updated for decades. There is general agreement that the social security network program created eight decades ago should be adapted to cover concert workers when they fall into difficult times. The April 19 budget could signal where the government is going, especially as it sets federal expectations for premiums paid by employers and employees and the benefits to be paid over the coming years.

New Democrats own resolutions The Order and File Democrats have begun voting on hundreds of motions that include a call for a 100 percent tax on billionaires and the removal of all statues honoring Canada’s first prime minister, Sir John A. Macdonald. The party will hold a convention this weekend to come up with boards for a platform that Leader Jagmeet Singh could take on in a possible election campaign this year.

Worker transitions Three-quarters of Canadians employed in oil and gas could lose their jobs as the country pursues aggressive climate targets, according to a new report that warns governments must draw up workers’ transition plans now to prevent catastrophic consequences.

By National Post: Liberals will debate proposals to create a network of high-speed rail lines across Canada, a new green agreement for the country and a basic universal revenue in virtual convention of parties this week.

Private meetings. Press conference with, among others, the Chief Public Officer of Canada Dr. Theresa Tam, on the COVID-19 situation. The Prime Minister is also practically hosting the Prime Ministers Science Fair, where he will meet with the winners of the 2019 Canada Wide Science Fair.

Conservative Party leader Erin OToole holds a press conference. Also gives remarks on an event held by Terrace (BC) and the District Chamber of Commerce.

The latest 338Canada projection puts the Liberals as the 50-on-one favorites to win more seats in a federal election, and the Conservatives fail to turn the tide after the convention. Liberals are slowly crawling back above the majority threshold (with 170 seats), but barely.

Globe and Mail Editorial Board in the housing frenzy in Canada: What is happening today is strong demand driven by ultralow interest rates, Canadians hungry to buy and a market psychology of desperate buyers to come up with rising prices by buying ASAP colliding with a low supply of houses for sale. In this unobstructed market, there are many risks, from debt-laden buyers to a wider economy that is overly reliant on real estate and would be shaken by a sudden drop in prices or a jump in interest rates.

Gary Mason (Globe and Mail) on the continued failure of governments to deal with pandemic effectiveness: Every time someone talks about how Canada is doing in its fight against COVID-19, I slay an ayeroll as if it were an amorphous country battling the disease. This, of course, could not be further from the truth. There has been nothing resembling a cohesive response to the virus and its mutant relatives. We could also have been 13 separate seats. It has almost been a confusing, disjointed mess from the start.

John Ibbitson (Globe and Mail) on Mark Carney’s prospect of entering into elected politics: Mr. Carney has been away from the Bank of Canada for eight years. He is excellently qualified for public office. He has views on the role of markets and governments in combating climate change. If he wants to enter the arena, fine with that. The political class in Canada needs all the talent it can find. That said, Mr. Carney needs to have a few things in mind (and he’s certainly keeping them). First, he may seek to become a Liberal member of Parliament, only for the Liberal Party to lose the next election. Would he enjoy four years on the bench?

David Parkinson (Globe and Mail) on inter-provincial trade barriers: While inter-provincial tariffs are prohibited under Confederate terms, provinces still throw down walls of rules, government procurement restrictions, and licensing requirements that raise the cost and complexity of doing business beyond the province. Statistics Canada has estimated that those barriers are equivalent to a fee of almost 7 percent.

DO YOU HAVE POLITICAL QUESTIONS?

Submit your policy questions and we will look into getting answers to be published in this newsletter. It is not possible to answer each one personally. Questions and answers will be edited for length and clarity.

Do you have any news you want to watch? Email us at [email protected]. Need to share documents securely? Stretch through SecureDrop

Is this the form of’freedom’?