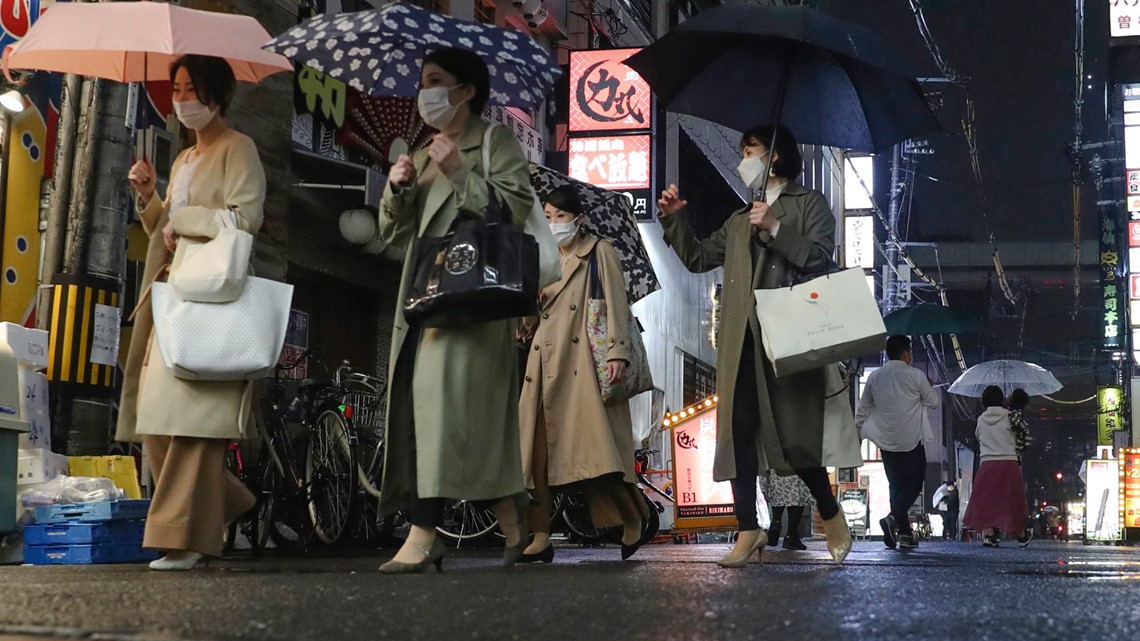 With Japan vaccinated still at an early stage, the COVID-19 case could lead to further cancellations of Olympics-related events.

TOKYO, Japan Tokyo has asked the central government of Japan for permission to implement emergency measures to curb an increase in a rapidly spreading and more contagious variant of the coronavirus, just over three months before the start of the Olympics.

Tokyo came out of a state of emergency on March 21st. Its governor, Yuriko Koike, told reporters Thursday that she urged the government to allow it to issue binding orders under a new virus prevention law passed in February that includes penalties for business owners challenging measures and compensation for those who agree.

Tokyo’s move follows Osaka in western Japan, which declared a medical emergency as its hospitals were filled with new cases.

Tokyo reported 545 cases on Thursday. Koike said she is alarmed by the rapid spread of new variants, especially one first discovered in Britain.

It would be a matter of time before Tokyo faced a situation similar to Osaka, Koike said.

RELATED: The Tokyo Olympic torch relay was taken to the streets of Osaka

She said the timing and details of the new measures, including shorter hours for restaurants and bars, will be decided later.

Later Thursday, Prime Minister Yoshihide Suga said he plans to place Tokyo under emergency virus measures after consulting with experts on Friday. Suga said he is also discussing the possibility of similar steps with other prefectures where infections have sharpened.

The latest increase began mainly in western Japan, including Osaka, where the daily number reached a record 905, and Governor Hirofumi Yoshimura demanded that the Olympic torch relay scheduled for Tuesday and Wednesday be held in a park rather than on a public road. He said more than 70% of hospital beds are occupied, a threshold for a local medical alarm.

Infections have also increased in other parts of the country. With Japan vaccinated still at an early stage, the increase could lead to further cancellations of Olympics-related events.

The Kyodo news agency reported on Wednesday that Japan is considering prioritizing its Olympic athletes for vaccination by the end of June. Chief Cabinet Secretary Katsunobu Kato on Thursday denied that his government was discussing any details at the moment, but added that he was closely following discussions among Olympic officials on how to ensure the safety of athletes.

Inoculations began in mid-February with medical staff, but still make up less than 1% of the population. Vaccinations for the elderly will begin next week and the rest will have to wait until around July.

Although Japan is not doing as well as some other Asian countries in controlling the virus, its cases and deaths are much smaller than in the United States and Europe even though it has never imposed a strong blockade. As of Wednesday, Japan had 492,875 cases and 9,301 deaths, according to the health ministry.