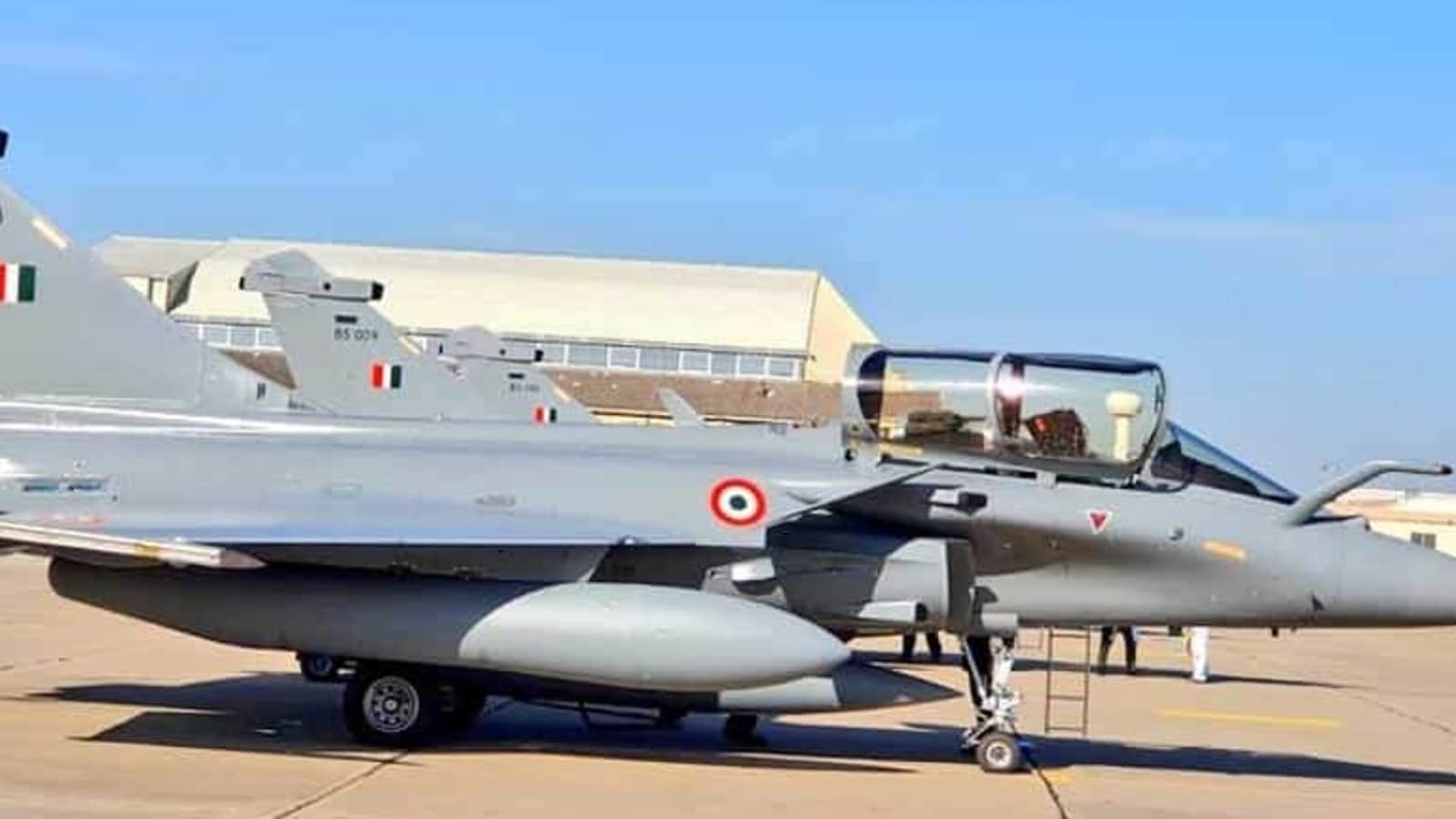 Mediapart, a French online magazine, claimed in the third part of its Rafale story on Thursday that it had possession of documents showing Dassault Aviation, which manufactures the Rafale aircraft, and its industrial partner Thales, an electronics defense firm, paid mediator Sushen Gupta several million euros in secret commissions regarding 59,000 crore is taken for 36 aircraft for the Indian Air Force (IAF).

In the third and final part of its investigation into the Rafale deal, the magazine claimed that payments to Gupta were channeled through offshore accounts and shell companies, using inflated invoices for software consulting. Guptas shows the figures on the AgustaWestland indictment sheet.

According to the magazine, most of the payments were made before 2013. According to an account book belonging to Sushen Gupta, an entity called simply D, which is a code he regularly used to designate Dassault, paid 14.6 million euros Interdev in Singapore during the period 2004-2013, the report said. It said Interdev was a shell company with no real activity and was run by a straw man for the Gupta family.

The report said according to another table of accounts belonging to

Numerous checks are carried out by official organizations, including the French anti-corruption agency, and no violations were reported, particularly under the contract with India for the purchase of 36 Rafales, Dassault said in a statement Thursday, adding that the aircraft manufacturer is acting in accordance complete with laws.

Since the early 2000s, Dassault Aviation has implemented strict internal procedures to prevent corruption, guaranteeing the integrity, ethics and reputation of the company in its industrial and commercial relations. In the context of Sapin 2 law (anti-corruption law), the company has completed and strengthened its system for preventing and detecting corruption and selling influence, both at the level of the parent company and its subsidiaries, the statement said.

Thales did not answer an HT question in the Mediapart report. The Enforcement Directorate also did not comment on the findings.

In the first part of its series that came out on Sunday, Mediapart claimed that Dassault Aviation paid 1 million Gupta for the production of 50 large replica models of Rafale aircraft, even though the aircraft manufacturer provided inspectors to the French anti-corruption agency Agence Anticorruption Franaise (AFA) no proof that these models have been made. Congress on Monday called for an independent inquiry into the matter, even when Law Minister Ravi Shankar Prasad called the report unfounded.

As mediator for Dassault and Thales, Sushen Gupta, amid discussions over the Rafale deal in 2015, received confidential documents from India’s defense ministry regarding the activities of the negotiating team. The Enforcement Directorate, in its official indictment against him, wrote that Gupta had obtained sensitive data which should have been in the possession of the Ministry of Defense, Mediapart reported on Thursday.

HT is assisting Gupta and will update the copy as soon as it responds.

These anti-corruption clauses could have costly consequences for industrialists because they allow India to breach the contract and / or seek compensation not only if acts of corruption are discovered but also if the seller pays an agent to mediate, facilitate or in any way to recommend [the seller] the government of India or any of its officials, the report claimed.

Franois Hollande, who was French president between May 2012 and May 2017, said that at no point was he informed of these aspects of the negotiations and that he, therefore, could not have approved the final abolition of these [anti-corruption] clauses, said the website.

She said she contacted the MBDA, which responded that it does not usually comment on contract negotiations.

Six months later (after July 2015), in the contract proposed on January 13, 2016 by the French team, regarding the supply of aircraft from Dassaault, the two anti-corruption clauses were again declared inapplicable, the magazine said.

According to a report in The Hindu, Indian authorities finally approved the removal of the clauses in September 2016, shortly before the signing of the final contract, at a meeting chaired by Indian Defense Minister Manohar Parrikar, the magazine reported.

Dassault and Thales pay a lot for Gupta’s knowledge in the defense sector, Mediapart claimed. They hired him in the early 2000s, at a time when India announced it was looking to buy 126 fighter jets. According to evidence from the EDs case file, the two French firms paid him several million euros over the 15 years prior to signing the contract, the report claimed.

Gupta was investigated by Indian agencies for his role in the AgustaWestland VVIP machete fraud.

ED and the Central Bureau of Investigation (CBI) are investigating money laundering allegations in the 2007 contract for the purchase of 12 luxury VIP helicopters for use by senior political leaders, including the President, Prime Minister and former Prime Ministers.

The deal was canceled in early 2014 due to allegations of wrongdoing. Among the people mentioned in the indictments filed by ED is Ratul Puri, the grandson of former Prime Minister Madhya Pradesh and senior Congress leader Kamal Nath.

French President Emmanuel Macron and his predecessor, Franois Hollande, were mentioned in the charges brought in the case, the report said.

Mediapart has written before about the Rafale agreement.

In October 2018, she raised questions about the compensation contract that was part of the Rafale deal. He said a senior Dassault Aviation official saw the partnership with Anil Ambanis Reliance Group as necessary and mandatory for obtaining the export contract with India for Rafale aircraft.

The decision of the National Democratic Alliances (NDA) to enter into a $ 8.7 billion deal from government to government with France to buy 36 Dassault-made Rafale fighter jets was announced in April 2015, with an agreement signed slightly more than a year later. This replaced the previous decision of the United Advanced Alliance (UPA) regimes to buy 126 Rafale aircraft, 108 of which would be made in India by the state-owned company Hindustan Aeronautics Ltd (HAL).

The deal became controversial, with the Congress-led Opposition claiming that the price at which India is buying Rafale planes is now 1,670 crore for each, three times the initial bid of 526 crore from the company when UPA was trying to buy the aircraft. She also claimed that the previous agreement included a technology transfer agreement with HAL.

The NDA did not disclose price details, but the UPA agreement reached in 2012 was not valid, former Defense Minister Manohar Parrikar said earlier, implying that it would never have been closed and that, for that reason, any comparison is a discussion Indeed, UPA was not able to close the deal until 2014, mainly over discussions regarding the prices of items not included in the initial bid.

The NDA government has said it cannot reveal price details on two issues: a confidentiality deal with France and the strategic reason for not showing its hand to India’s enemies; however, she said the current deal also includes personalized weapons.

The Supreme Court heard a case of public interest over the deal and in November 2019, said it saw nothing wrong with it. In a February 2019 report, the Government Auditor, Auditor and Auditor General of India audited the agreement and said India had not paid more for the aircraft.